Villa Menafoglio Litta Panza, is located on the hill  of Biumo, close to  the historic  center of Varese.

More than 150 works of American Artists, are inspired by themes of light and color, inserted in harmony within historical spaces with renaissance style and precious collections of primary art that generate a perfect dialogue that reflects the intuition and sensibility of Giuseppe Panza, that individuated in limpid transcendent light, this place as a guiding principle for decisions forming his collection.

This was a magical place where reality was transformed in the total beauty of the idea. Beauty and light was a constant fascination for Panza, one of the marvels of nature. He believed light to be the real inhabitant of the house. Light becomes a religion, a symbol without rituals, without in betweens, it was the direct and immediate presence of the supernatural, the road toward the absolute. Light manifested its true nature in pure energy. light transformed the rooms of the villa in a place of perception and at the same time a place for contemplation, in constant relationship with both internal and external space.

In 1973, James Turrell stayed in Bitumo for a month to create works for the Rustici wing. He chose three rooms at the first floor, closed by a wall in the corridor. Here he opened a small moon shaped vault, oriented towards north-west, to see the colors of the sunset. (Sky Window I, 1976) He hid a small neon light behind the frame between the wall and the vault, then inserted some metal that disappeared and left some plaster and the white surface. 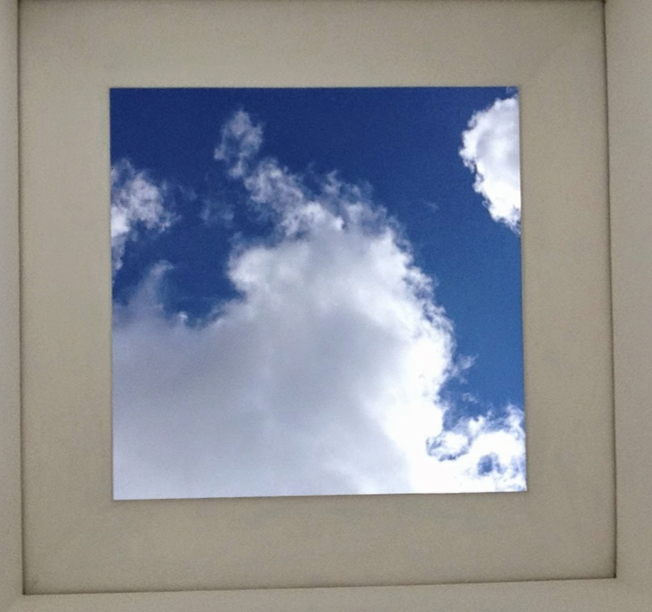 In a slightly more complex manner, in the next room a big opening to have a vision of the sky (Sky Space I, 1976) was created on the roof, a big square hole three meters per side, installed in a metal sheet that was then painted white to create a harp gap between the surface of the roof and the sky. The neon was hidden below, on top of the pavement. The idea was that of creating an environment in which the sky could be penetrated from within, through an opening that always stays open.  Each time of the day, each season is a different experience. The project enabled the mixing of daylight with artificial light of neon. His installation investigate, a profound relationship between the internal and external world. 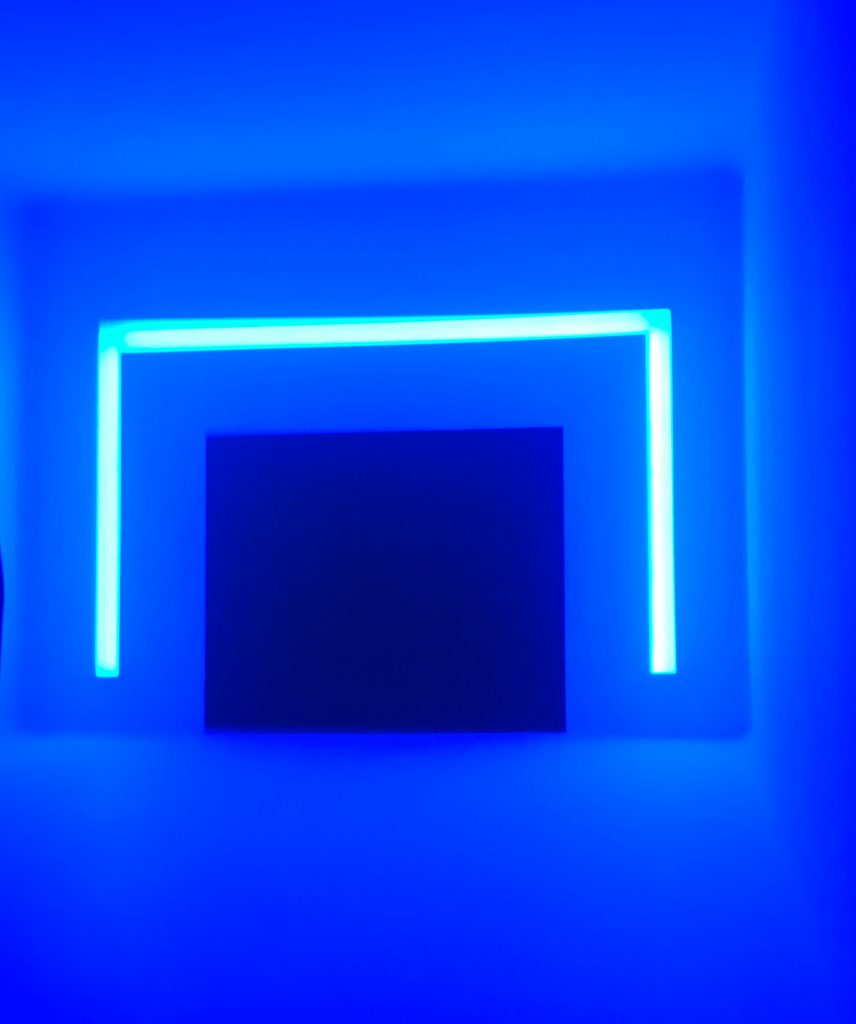 Another work, installed in the lower ground is one of his experiments Ganzfeld Sight Unseen. The German term Ganzfeld (total field) indicates, in psychology, a technique of sensorial deprivation that describes the phenomena of the total perdition of perception and profundity. Terrell creates an experience that is similar by controlling light, through  rounded edges and an inclined surface. the effect can be compared to that of a snowstorm when it becomes impossible to distinguish clearly what is being seen. These projects are defined by Turrell as sensing spaces: perceptive spaces and visual fields that are homogeneous and offer the viewer the disorienting experience of the fulness of the void. 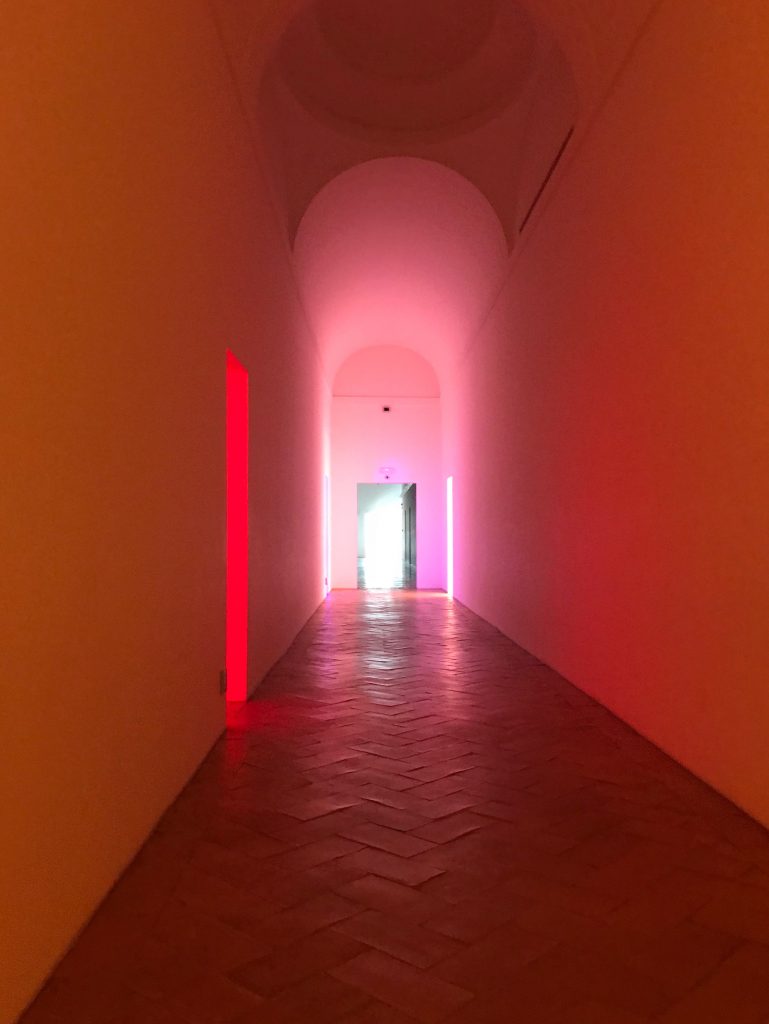 The first floor also hosts light works by DAN FLAVIN. The only site-specific work of Flavin, out of 11 works is the ‘Varese Corridor’, that when lit, changes the perception of all other works in the room. The collector decided to confer to the ten  rooms, dedicated to Flavin, a particular suggestion in the relationship between light coming from the outside through small holes created of the windows of some of the rooms. With this small optical adjustment, Panza wanted to avoid the absence of spatial coordinates during the perceptual experience, creating a thin relationship between the natural and the artificial light, allowing to see external reality. On the external end of the holes on the windows, Panza put some small mirrors that contribute to the diffusion of light and some other optical illusions. In particular, atmospheric conditions and light, obtaining of the wall the upside down projection of the external element, according to the principle of the camera oscura. 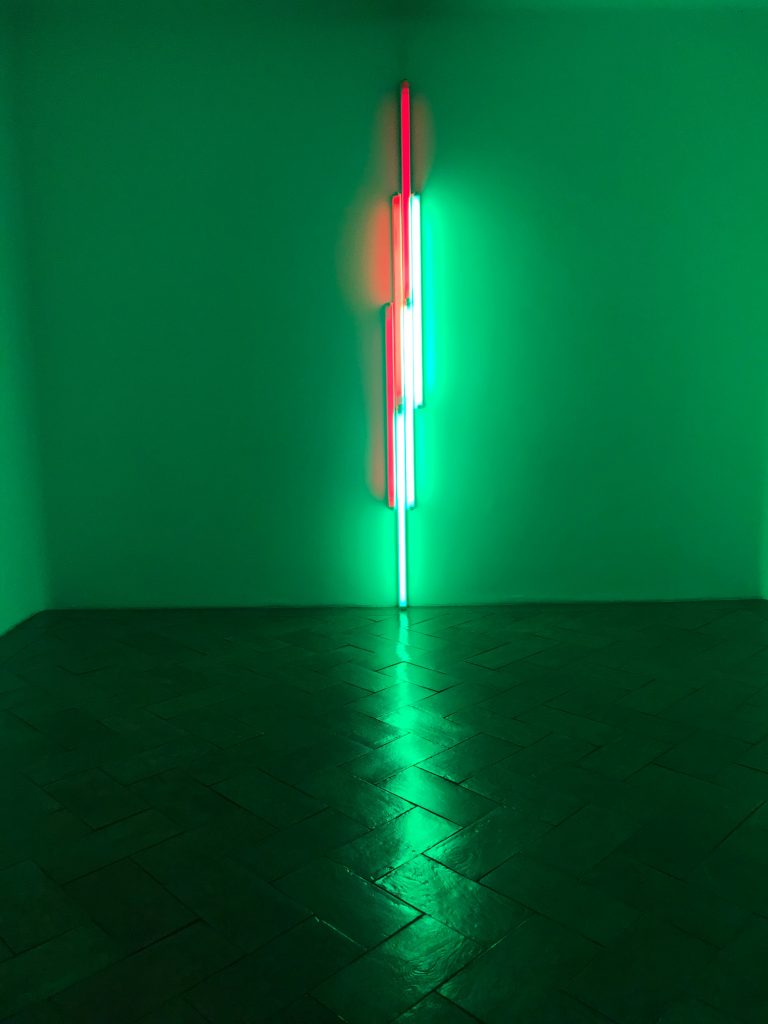 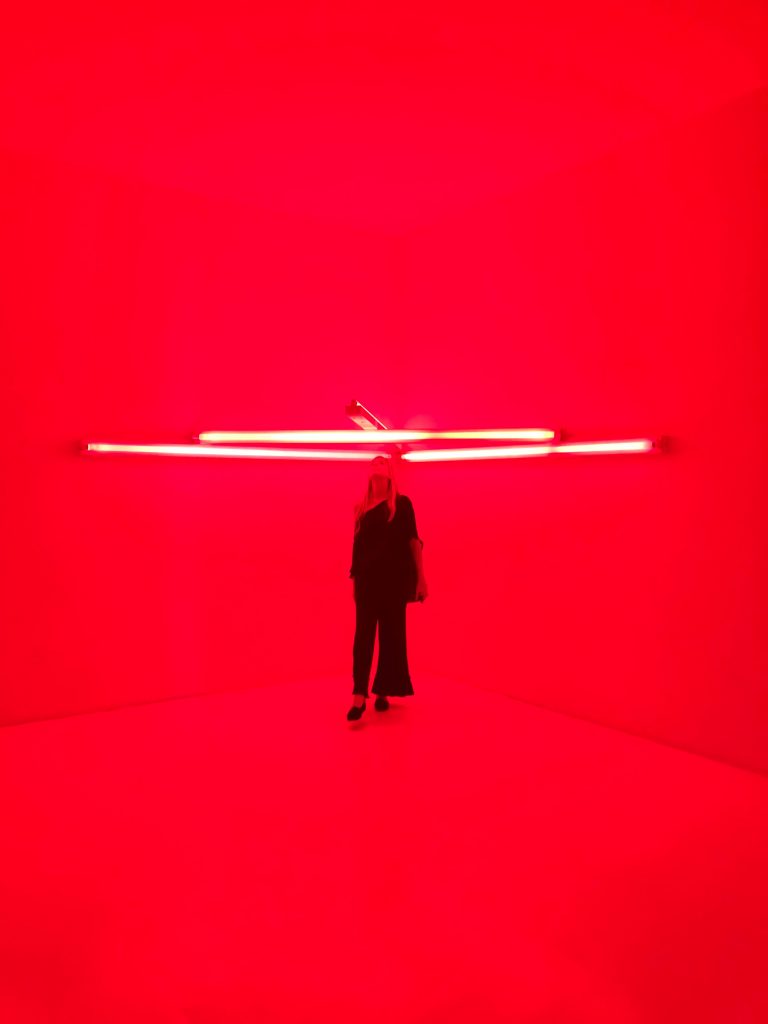 Another important optical-perceptive element added by Panza is the mirror at the beginning of the corridor. When entering Flavin’s wing the visitor is inclined to enter and exit from the rooms in order to have different experiences of the quality of light. At the end of the room, turning back, you can see your own image in the mirror, this is emphasized by the prospective escape of the ‘Varese Corridor’, and induces into the contemplation of one’s personal perceptive experience. 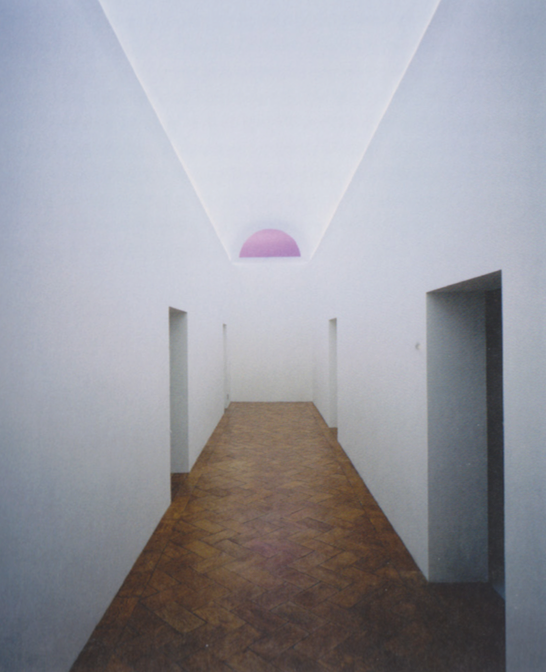 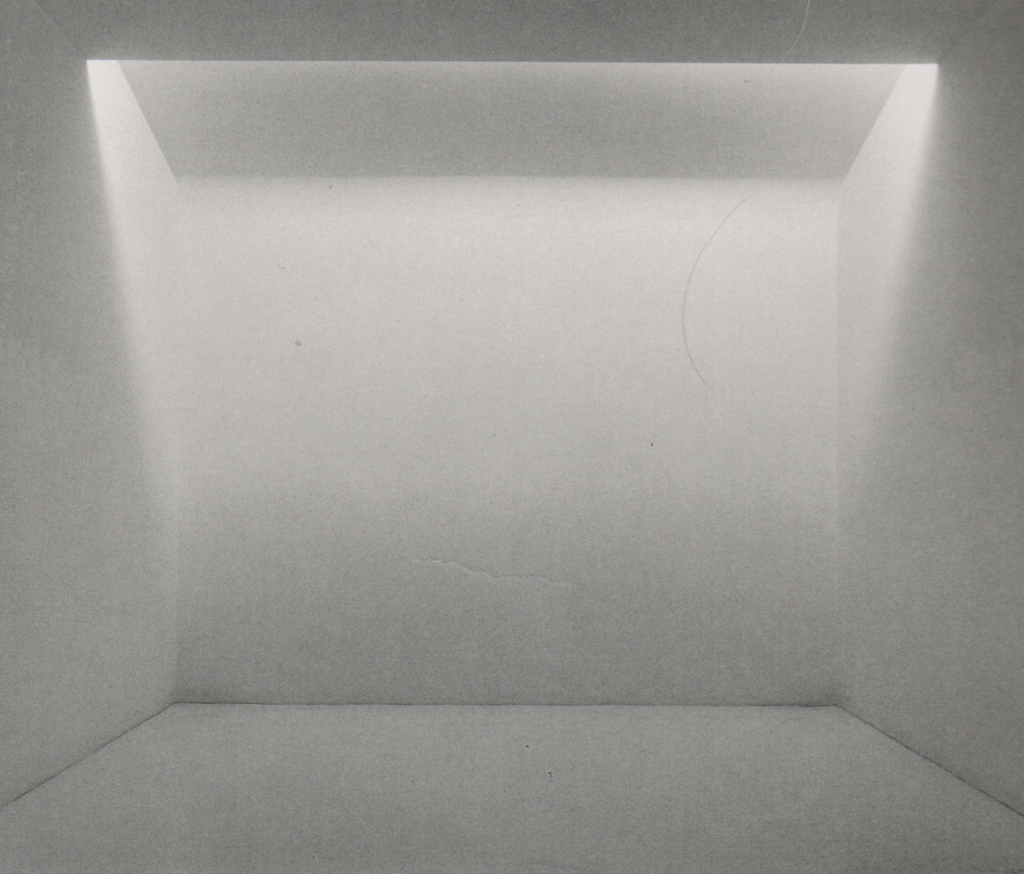