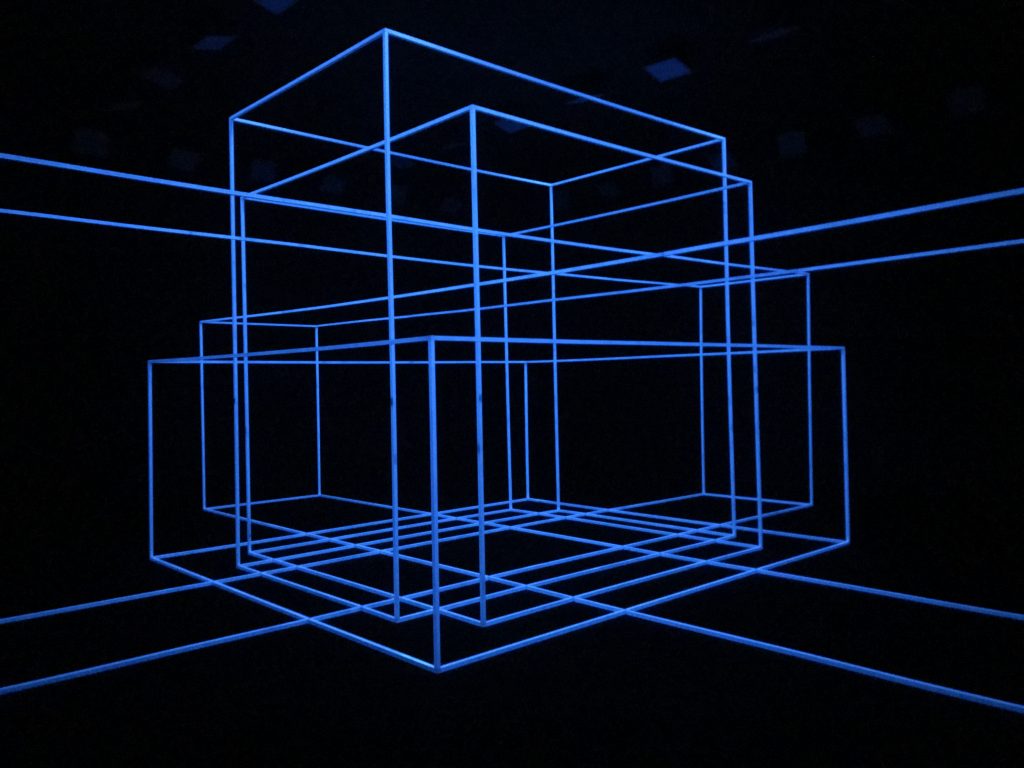 A hologram-like drawing appears in 10 minutes of pitch black darkness followed by an unexpected intense light revealing with violent innuendo the space and the relationship between the relationship of its architecture. Seven interconnected rooms of the same volume, but vastly different heights and lengths, rise from a mandala-like drawing on the floor. Here, the orthogonal structure of the built environment is compressed and extended, suggesting spaces within spaces that become a metaphor of the body and the site of its existence.

The cartesian determination of perspective, where the viewer is always in a privileged single point position, no longer applies. We are free to be inside or out of the frame. 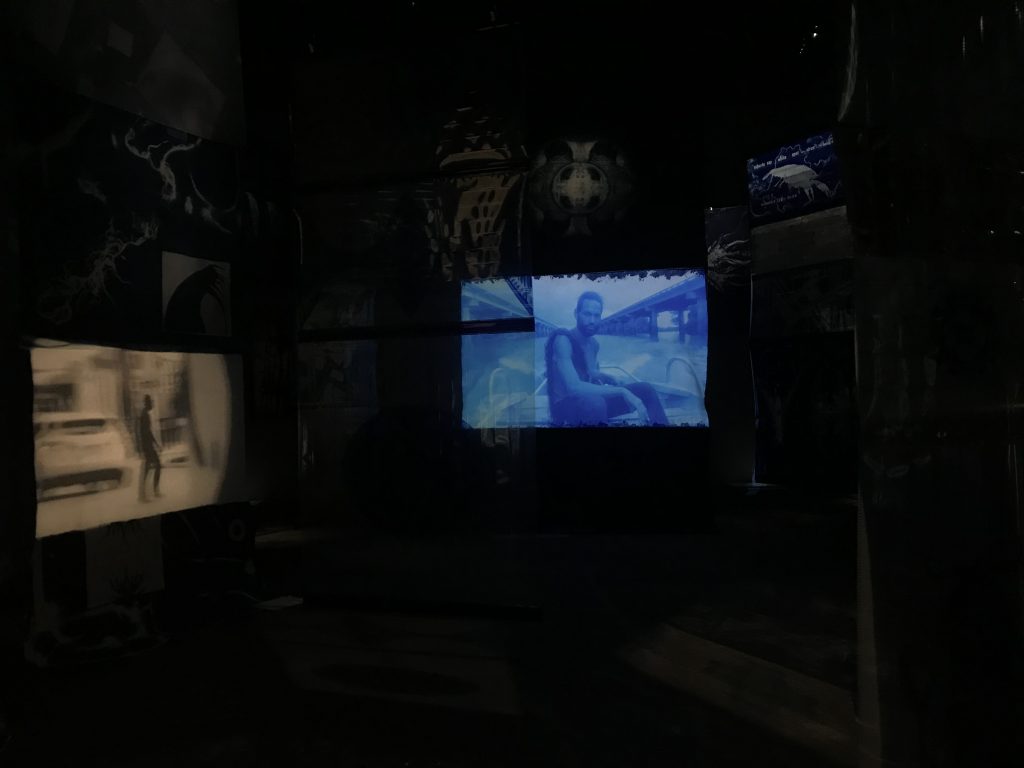 Highway Gothic is an installation consisting of two 16mm film projections and cyanotype banners created on film strips, linen, and canvas. It explores the ecological, cultural, and social impact of U.S. Interstate 10 Freeway as it cuts through both New Orleans and the Atchafalaya Swamp. The work contains numerous intersecting histories spanning from pre-colonial times to the present day: that of the Chitimacha Indians; that of Faubourg Tremè, one of the oldest Black urban neighborhoods in the country; that of government planning (explored via the typeface Highway Gothic which has been used for all road sign after World War II); that of ‘specimen prints’ (made using human hair rather than botanical specimens); and that of experimental film (using various liquids to distort physical film reels containing footage of the bayou). Flowing within and between these lines of inquiry are violent histories of colonization, genocide, slavery, displacement, ecological destruction, capitalist infrastructure, and tourism; alongside the art, music, culture and passionate resistance that continue to thrive in spite of these brutal systems. 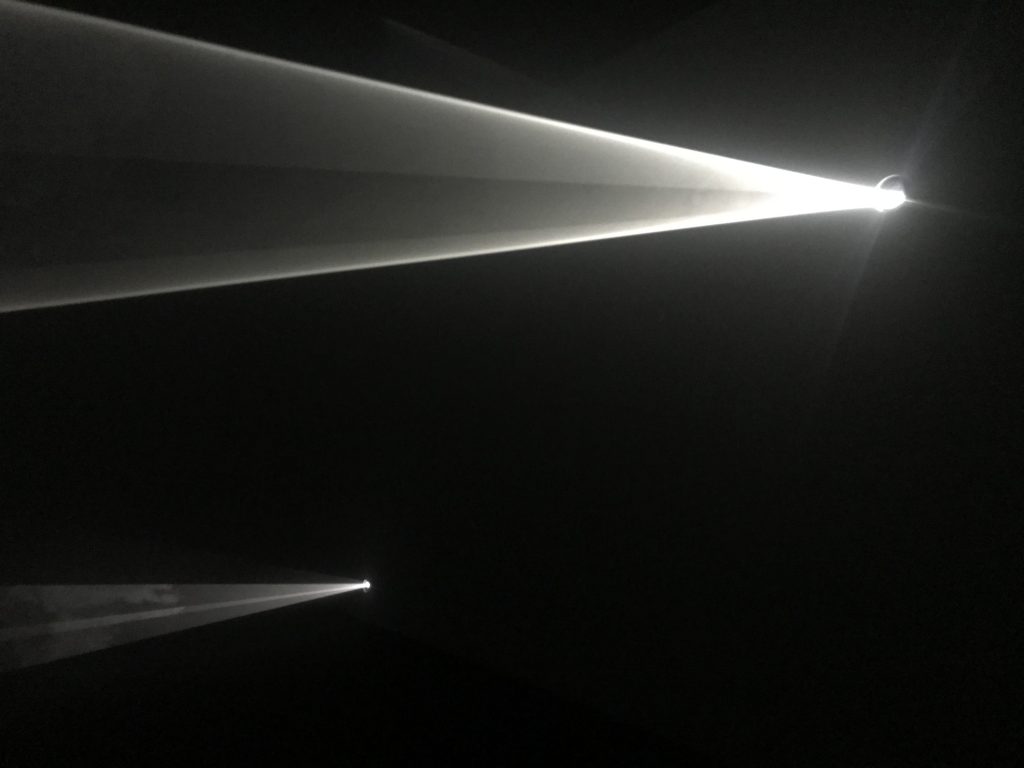 Split Second is among Anthony McCall’s most recent ‘solid-light’ installations, a series of pioneering works begun in 1973, in which a volumetric form composed of projected light slowly evolves in three-dimensional space in a haze-filled room. McCall regards these works as occupying a space between sculpture, cinema, and drawing: sculpture because the projected volumes must be occupied and explored by visitors; cinema because they rely on the filmic image and change over time; and drawing because each work begins as a two-dimensional drawing.

Split Second consists of two separate points of light projected at different heights. The two projections-one elliptical, one flat- meet and combine to form a single slowly changing line-drawing. The projections expand to reveal a flat blade and an elliptical cone, which combine in space to create a complex field of rotating, interprenetrating planes. This uniquely atmospheric work inducts the spectator into a three-dimensional field where forms gradually shift and turn over time, creating an active and immersive experience, one in which the spectator truly completes the work. 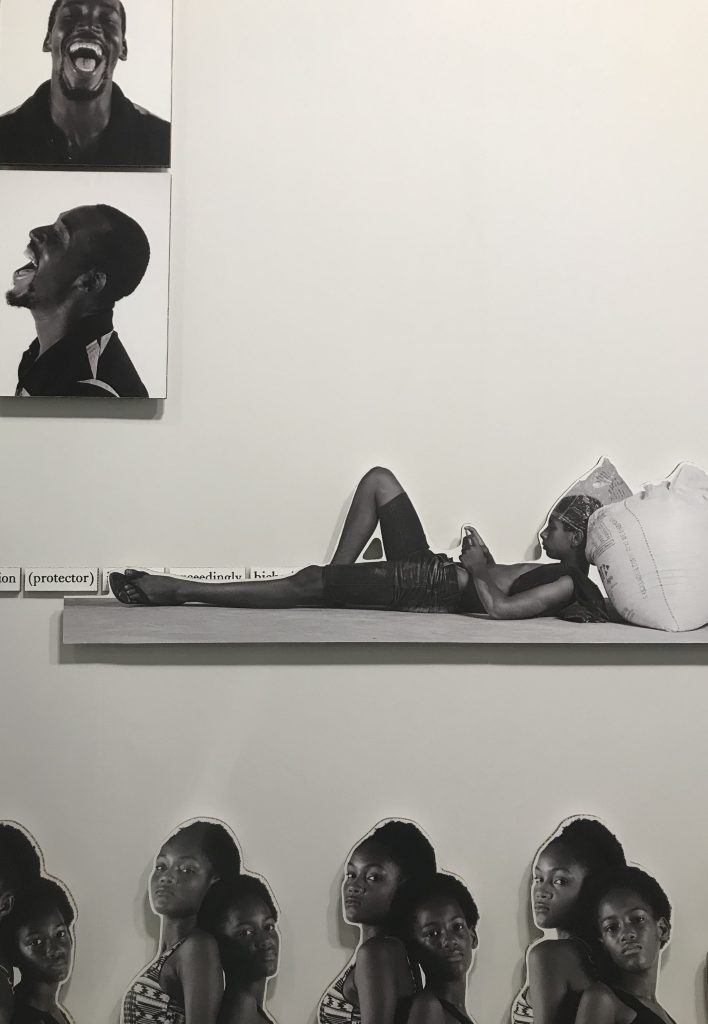 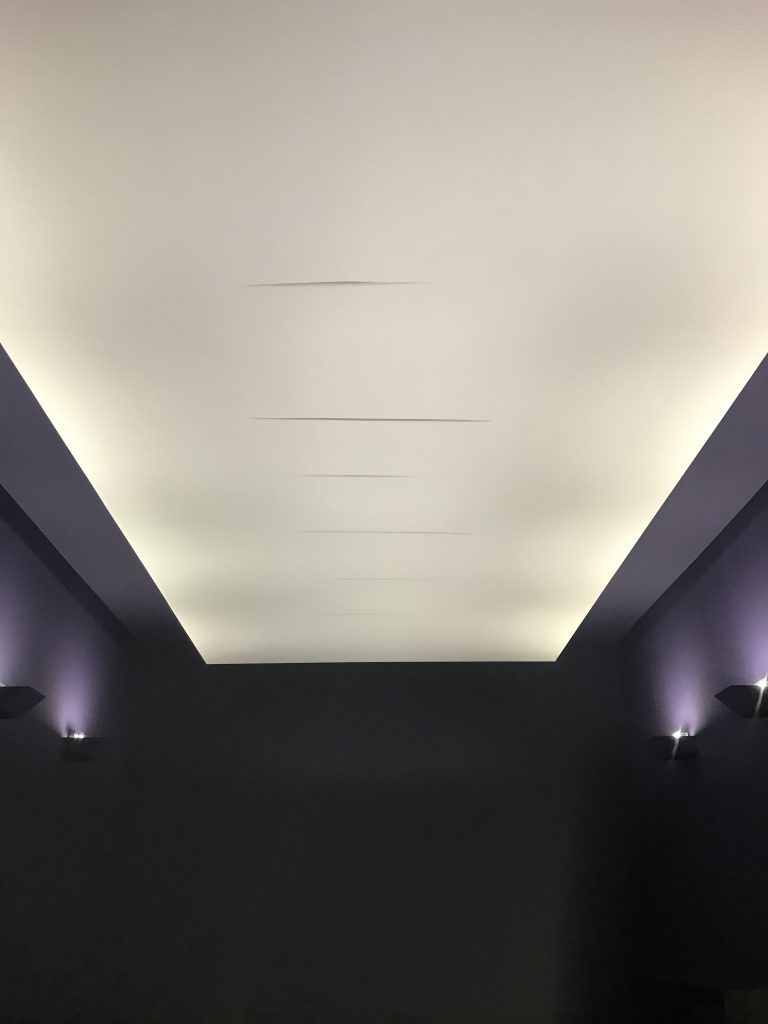 Widely known as one of the most important artists of the 20th century, this presentation features the first known example of Lucio Fontana’s iconic slashed canvases transposed into an architectural element. The first ‘Ambiente Spaziale’ was created in 1949. This series represents a pioneering example of installation and laid the foundations for his architectural-environmental kind of work.

Fontana’s monumental Ambiente spaziale con tagli  (1960) is a resplendent example of the artist’s quest for an unknown dimension, a middle way between architecture and painting. Six dramatically rendered incisions perforate a thick white plaster, providing a tangible means for exploring the relationship between cosmic and material space.

Originally executed as a ceiling for the house of Antonio Melandri, a well-known Milanese collector and property developer, this extraordinarily innovative work was followed by further ‘spatial environments’ created by Fontana for private residences and public spaces. These eventually culminated in Fontana’s renowned ‘white room’, shown at the Italian Pavilion of the 1966 Venice Biennale. 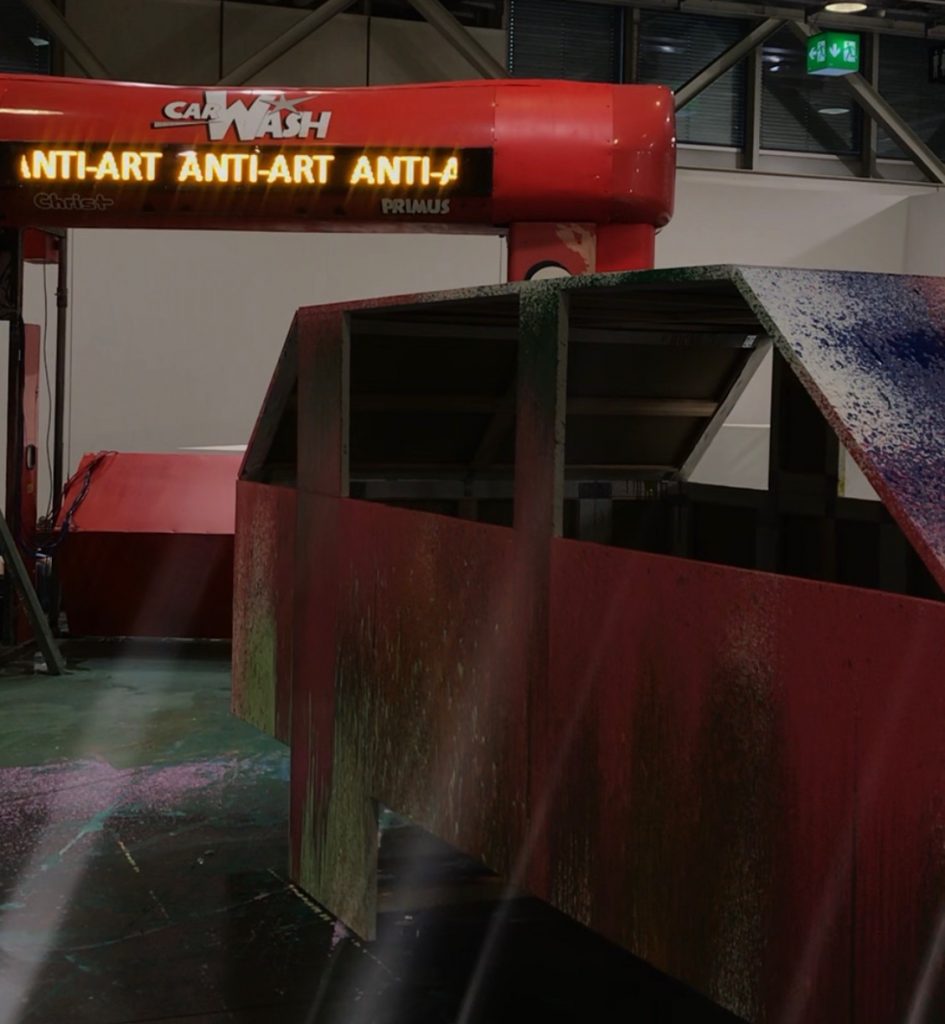 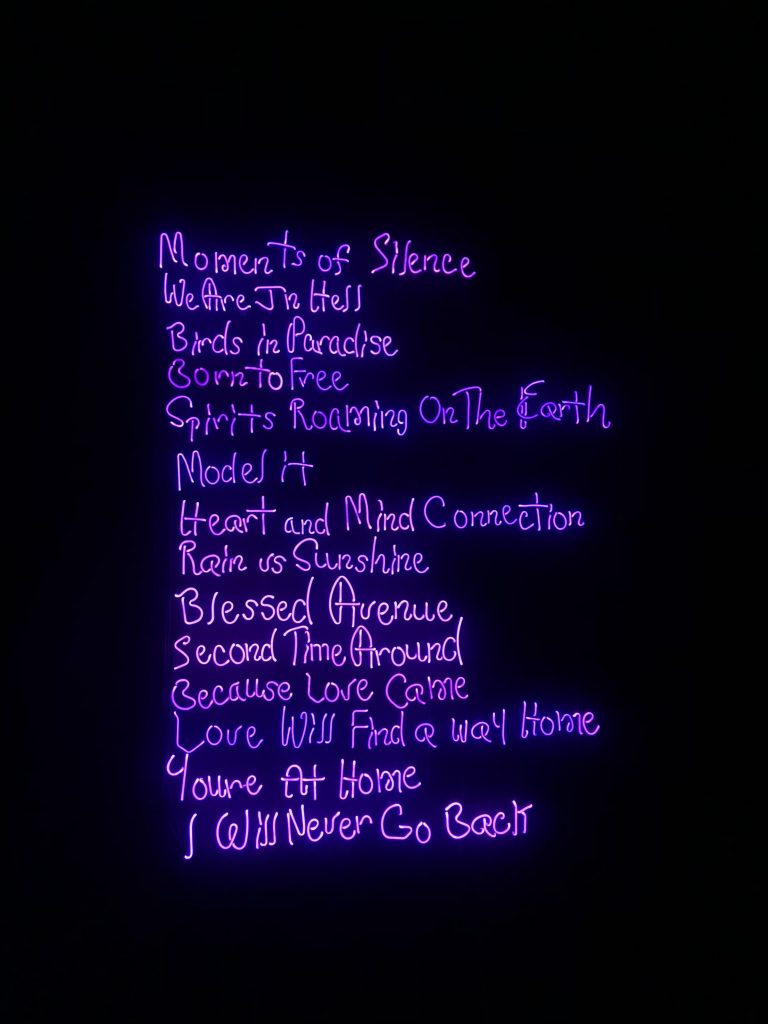