Lot 67 , Bansky’s Girl with a Balloon (2006) a unique piece in spray paint and acrylic mounted in a frame made by the artist stirred a whole new show during the evening sale at Sotheby’s. The work that had an estimate of £200,000-£300,000 and was subject of fierce battling within the room. Around 9pm it was hammered at £953,829. As soon as the gavel went down the art work started to shred itself through a mechanism that was inserted in the frame. The process was controlled by an external device brought in by a man in the room wearing shades and a beret. An alarm was triggered as the painting started to shred itself down. The process was then stopped leaving only the girl’s head and the balloon intact. The whole room was stirred by exaltation and maniac jubilation bringing the art auction experience to another level. This marks marks a moment that will be remembered in history and the work could turn out be even more valuable that it was before. 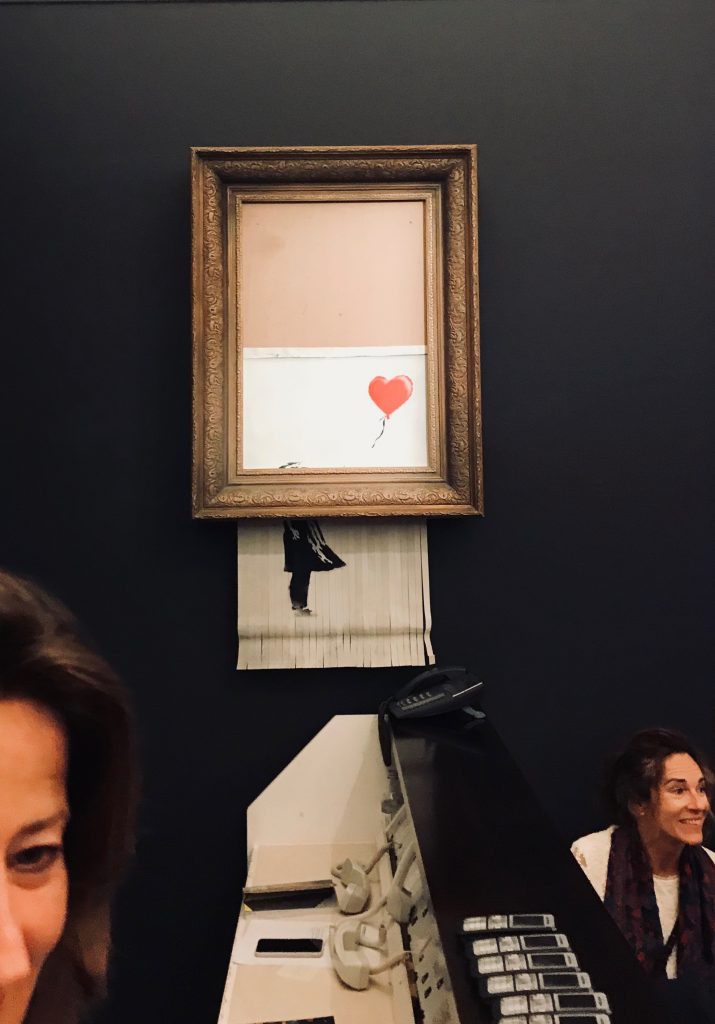 The auto-destruction of the work was inherently political and carries anti-capitalist and anti-consumerist messages. It addressed society’s unhealthy fascination with destruction, as well as the negative impact of machinery on our existence. The prank was centered around public participation.

One of the principles of self destructive art is that the artwork must be destroyed by the artist himself.  The identity of the man activating the shredding machine is not disclosed, but could it be Bansky himself? He was stopped by several Sotheby’s security guards at the door. The man violently shouting in a sharp British accent argued he had to get back to work, and was then released by staff of the Contemporary Art department that accepted the event as part of the art. 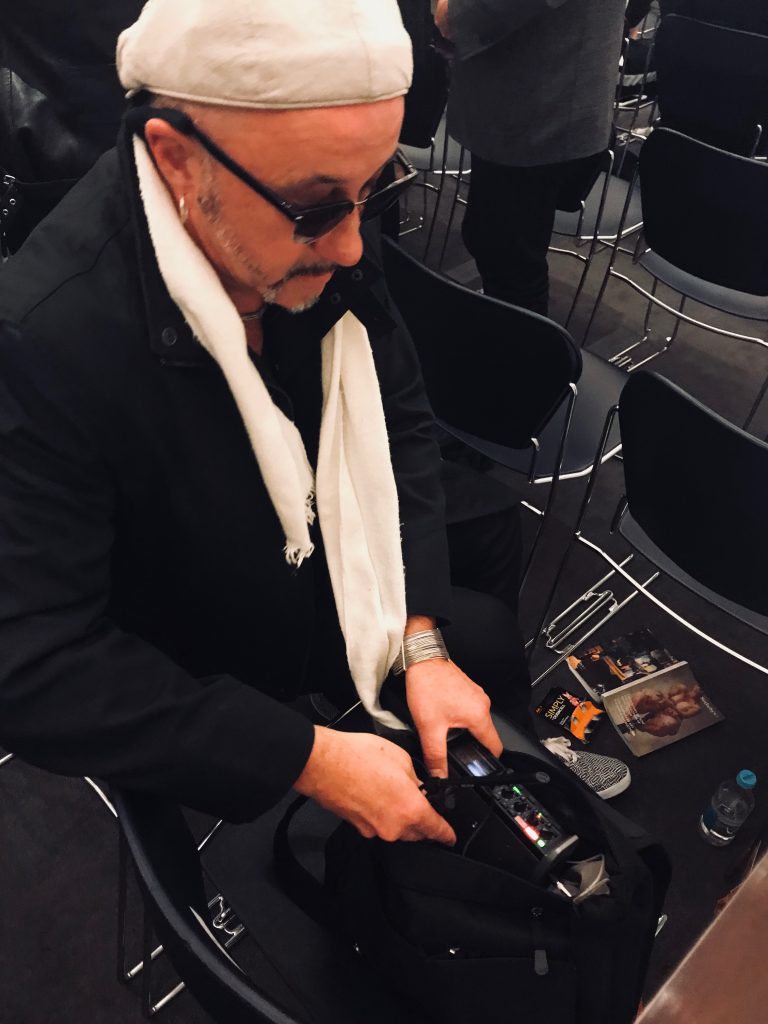