Above is a “fly through” of Kerry James Marshall’s Mastry exhibition.
Please download the complete experience to your PC / Mac and you can walk freely around the gallery and experience art as it never has been been done before. You can zoom in on artworks and chose to listen to narration from MOCA’s Chief Curator Helen Molesworth.

VR’t has created the first vivid museum exhibition completely in Virtual Reality. In partnership with MOCA the young LA-based immersive technology company has archived and captured artistic expression around Kerry James Marshall’s 35 year retrospective, “Mastry” which debuted at the Museum of Contemporary Art in Chicago in April 2016 and has travelled to the Met Breuer in New York before closing at the MOCA in LA this July.

“Our mission is to make art more accessible by allowing anyone with an Internet connection or Virtual Reality headset to visit some the worlds most celebrated museum exhibitions.

We want to provide a larger stage for artists to speak to its audience and we believe that virtual reality is the ideal medium to for art lovers to visit museum exhibitions that they were unable to attend.

A curator spends up to fives years preparing for an exhibition and after the 3-4 months what is left to commemorate the exhibition is a book. Virtual reality allows for the exhibition to live on forever and continue to impact its viewers in perpetuity. “- Said Linus Adolfsson, Co-Founder of VRt Ventures 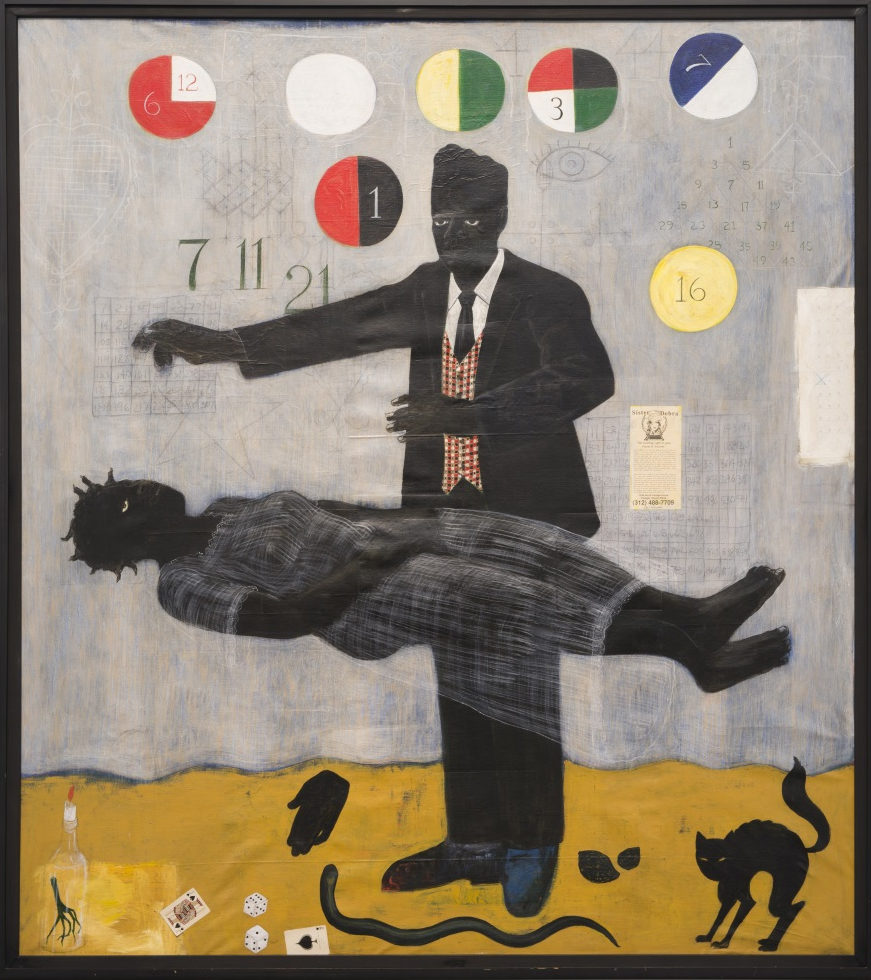 Mastry has a revolutionary touch, proposing a new principle of normal in art, raising awareness. The show is a thirty-five-year retrospective that induces a thoughtful new appraisal of the historical principles of western painting, challenging the idea of the ‘masterpiece’ and the unsubstantiated perception proposed by art history. Most of Marshall’s painting is commemorative and habitually painted in extraordinarily large scale. The gist is a loyal devotion to blackness both epitomized and factual, casting epithelium in tincture of acrylic carbon, moon white and mars black. The 80 pieces starring in the show are mainly paintings of black individuals in artist studios, neighborhood junkets, romantic utopias and harmonious dancefloors. He makes a commentary on public housing depicting his subjects living in dreamy suburbs and doyennes in rooms overflowing with civil rights memorabilia. There is a panel of a comic strip about a black superhero Rhythm Mastr that trains a young hero to unchain the secret power of a  group of African sculptures operating a particular rhythmic arrangement.

His work functions as a treatise on how culture reacts to power constructs and how art enthralls and guides a prevailing political plot. It makes a commentary on how cultural authority echoes the delicacy of that very power structure. It operates around the complete antithesis of those conditions. It is an art of fundamentalism, zeal, and politics.  It encompasses the same mortar it confronts. It approaches history with allegory, tracing back the invisibility to medieval and renaissance art. Kerry James Marshall is essentially concerned with aesthetics as a sequential facet of an Afro-modernist stance that refers to the fluctuating splendor of blackness as a cryptic omen that can never be put to rights. His quest for beauty swipes away the sentimental aspect of blackness creating a dialogue that informs around naturalism and realism. His individuals abide by an onlooker of the violent histories of afro- modernity suggesting an idea of beauty that might nonetheless come to be.

Cultural syllogism discharges any comfortable assertion to racial essentialism. Kerry James Marshall charms in the scraping dissimilarity among two cultures. In his work synthesis and discord unify. There is no effort to conceal black cultural symbols by superimposing them with white models of awareness. There is, in its place the mindful decree to frolic one type of cultural concept critical to another, resulting in in sharp cognizance of both identity and the authority of the syncretic deed. Binary awareness develops into vision, a virtue of sweeping imagination. 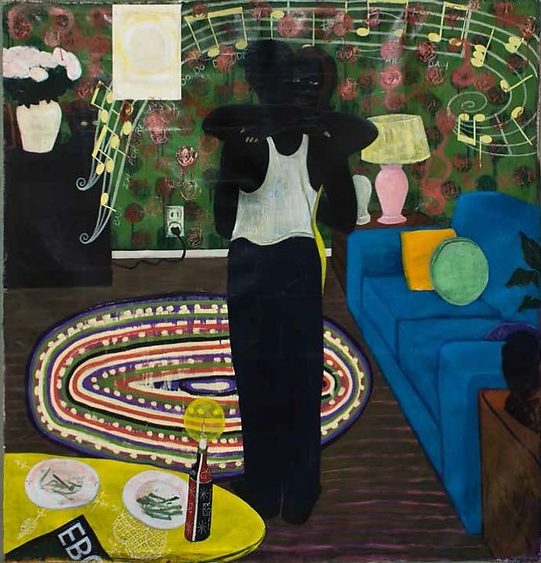