A conversation with artist Matthew Satz

Daedalus: What is the end of your art ?

Matthew Satz: I arrived at the formula Concept + Process = Aesthetic to set parameters within which to find my own voice while working through the challenges of specific art historical “problems”.  Thus, in one sense the end of my art maybe be viewed as the aesthetic, driven by the factors of concept and process, in another, it is simply the arrival at an elegant solution to the aforementioned “problem”.

A perfect way to represent this methodology is in the examination of the Tar and Feather Paintings first realized in 1995.  The concept of tar and feathering paintings was my approach, commentary, and solution to the centuries-old idea of arriving at the end of painting. The idea behind this process holds the significance of the act and is paramount.  Secondly, the act of tarring and feathering paintings represents and exercises the significance of process, and best realizes the concept of reaching the ultimatum; the death of painting.

It was with this early series of works that I would arrive in the company of predecessors such as Duchamp, Malevich, Reinhardt, and Rodchenko, all intent on achieving similar means in their time and enact the end of old forms.

It was only at this moment, in this end, that I realized to continue as an artist, I would need to confront and explore the idea of a blank slate, or Untitled Painting Sculpture, (Tabula Rasa), (9.30.98-7.03), 2003, and discover a justified re-entry point or rebirth.

In my work, as in life, for every end, there is a new beginning. There is only arrival and departure.  A well formulated and articulated idea in art results in a finished work, or an “answer”, which continuously remains engaged in a dialogue that spans history. It is through this devoted quest in intellectual and creative pursuits that I aim to construct and develop my approach to a lifelong evolution of work and consequence. 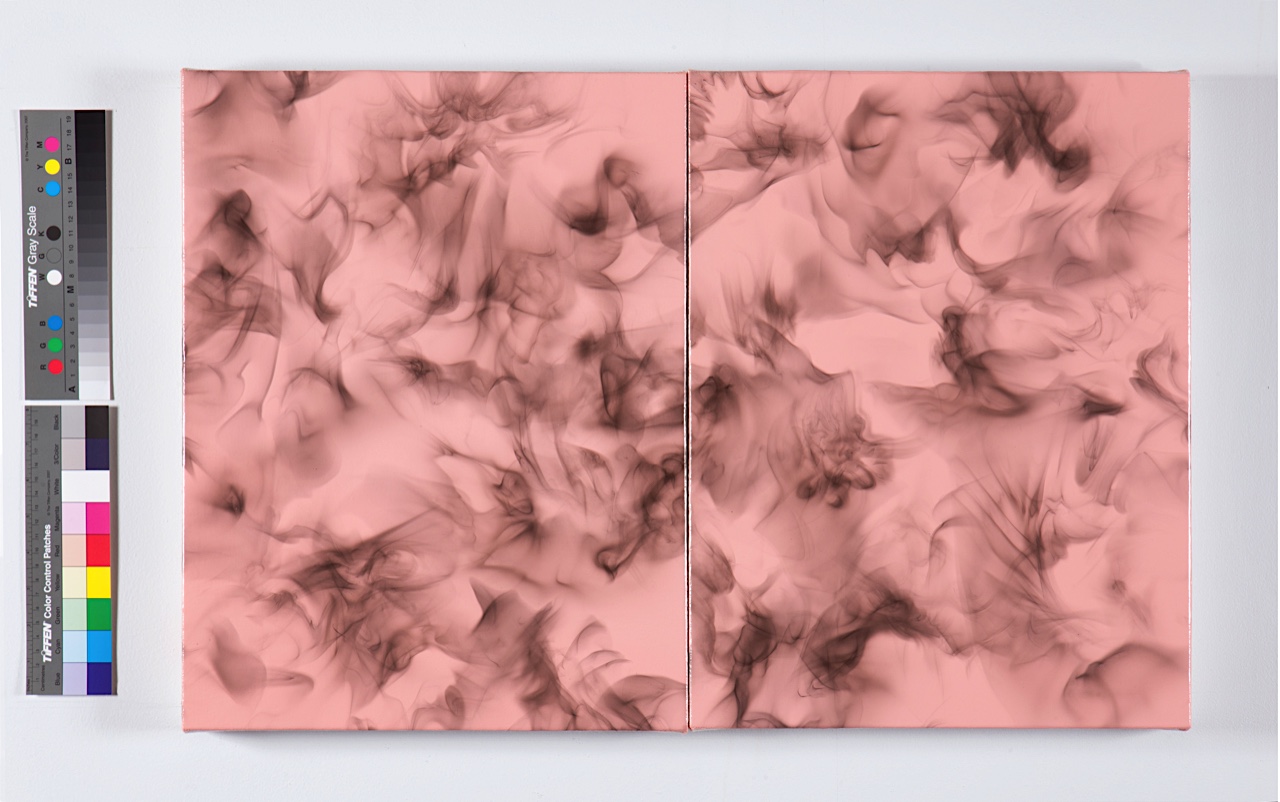 D: To what extent does the medium you use in your paintings functions as a tool to embrace its meaning?

M.S:  The medium plays a distinctly important role in the creation of my work.  It is the concept that dictates process, and the process which results in the aesthetic. Intrinsic in concept and informing process is materiality.  Realizing an artwork to its greatest degree is contingent upon the foremost utilization of whichever medium best represents the articulation of the act, and the unparalleled gesture of the process.

D: What do you think of Plato’s concept of mimesis?

M.S:  Plato’s concept of Mimesis I find less valid than Aristotle’s defense of it.  In Plato, I find interesting and defendable the belief that the paramount and the purest act of creation is the discovery and/or recognition of the “idea”.  For at that moment when the idea is formulated, herein lies its greatest truth. Every action beyond this point is secondary and subsidiary in function.  It is in this second stage of artistic practice that I appreciate in Plato the questioning of the aptitude of the creator; skill and intention.

Aristotle’s support and definition of mimesis expound upon Plato’s theory in terms of the realization of art as an imitation of nature.  As an artist raised as a child in a house of science I believe there are reasons why things exist as they do.  All that there is to question has answers.  The answers may not be fully proven but at the least, there is a general consensus driving intelligent thought in a certain direction based on human observation of scientific understanding.  For without answers we would have no questions.

As an artist interested in driving a lineage and/or a history, one must question the “answers’’ presented by peers both dead and living.  Technology drives process and accelerates progress.  Even the definition of mimesis has changed throughout time.  I believe the greatest endeavor an artist can undertake is to best attempt to actualize that initial moment of conception of a greatly significant idea beholden to a history of art making.  Herein may lie the challenge more so than the comprehensive validity of Plato’s Theory of Mimesis. 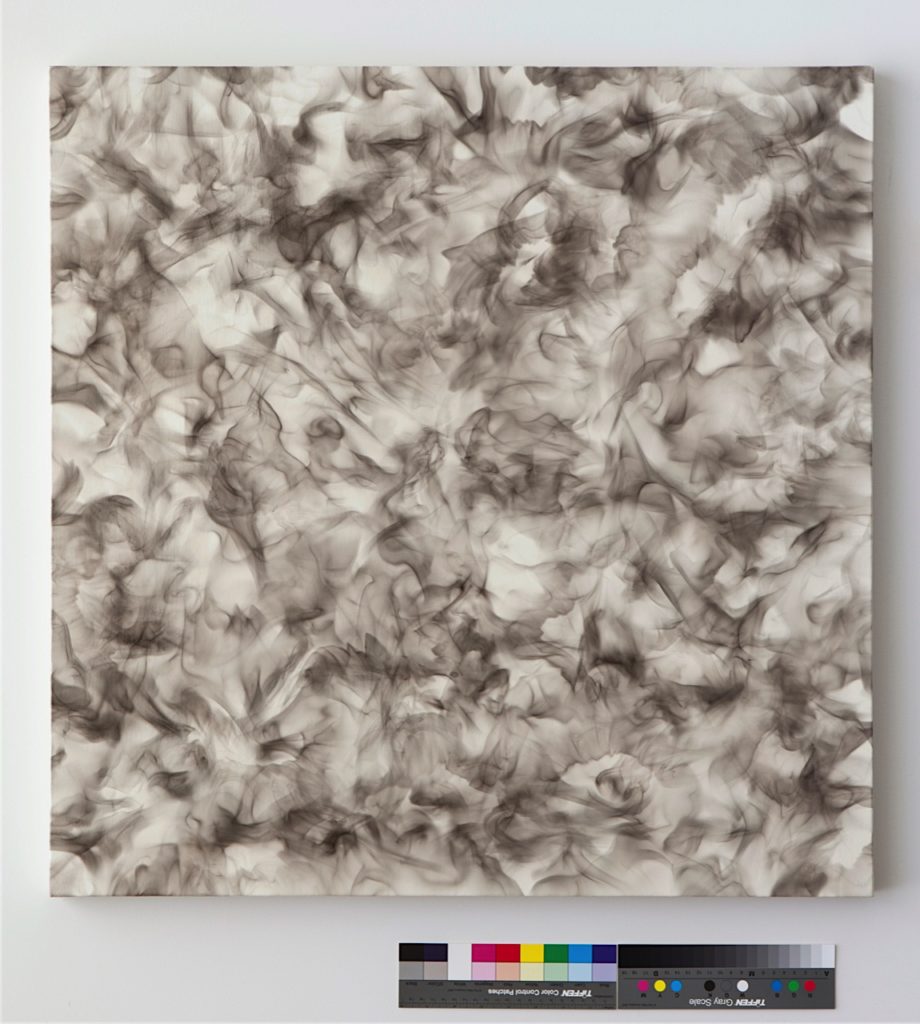 D: If you were not an artist which role would you imagine yourself taking in the art world?

M.S:  Should I have had to exclusively play another role other than that of an artist, and remain in the art world, I suppose that of a curator could hold great interest or that of a collector.  The true coup is that both roles are available to the artist, and applaudable when well executed.

D: What is the most important step in the process of creating your work?

M.S:  The most important step in the process of creating my work is recognizing and then refining a significant concept.  One which builds upon a lineage and challenges a history; the most fruitful of which promotes an evolution throughout a series and leads to subsequent series relevant to the body of work as a whole.

D: Who is your hero?

MS: My hero is the maverick, the pioneer, the self-standing individual. According to Joseph Campbell, he is the one with a thousand faces.  The one who has found, achieved or done something beyond the normal range of achievement and experience.  He has given his life to something bigger, or to something other than himself.  He who has learned or found a mode of experiencing the supernormal range of human spiritual life and then returned to communicate it.  The world is a wasteland, the influence of a vital person vitalizes.

D: Do you sometimes feel like you need a veil to cover up the essence of your paintings?

MS: The greatest works of art are those that reveal their true essence.  Even a modestly educated eye can determine processes, recognize materials, and often decipher the “hand” of a respectable artist.  Unfamiliar subject matter and relevance can always provoke education through research. To take efforts in veiling a work’s true essence seems suspect.  Even a failed work of honest efforts holds more value than a veiled one.

However, this is not to say a work needs to fully reveal itself upon discovery.  I believe the most successful works if they don’t elicit an involuntary emotional or physical response whilst in their presence, provoke a mindful consequence with a significant lifespan. 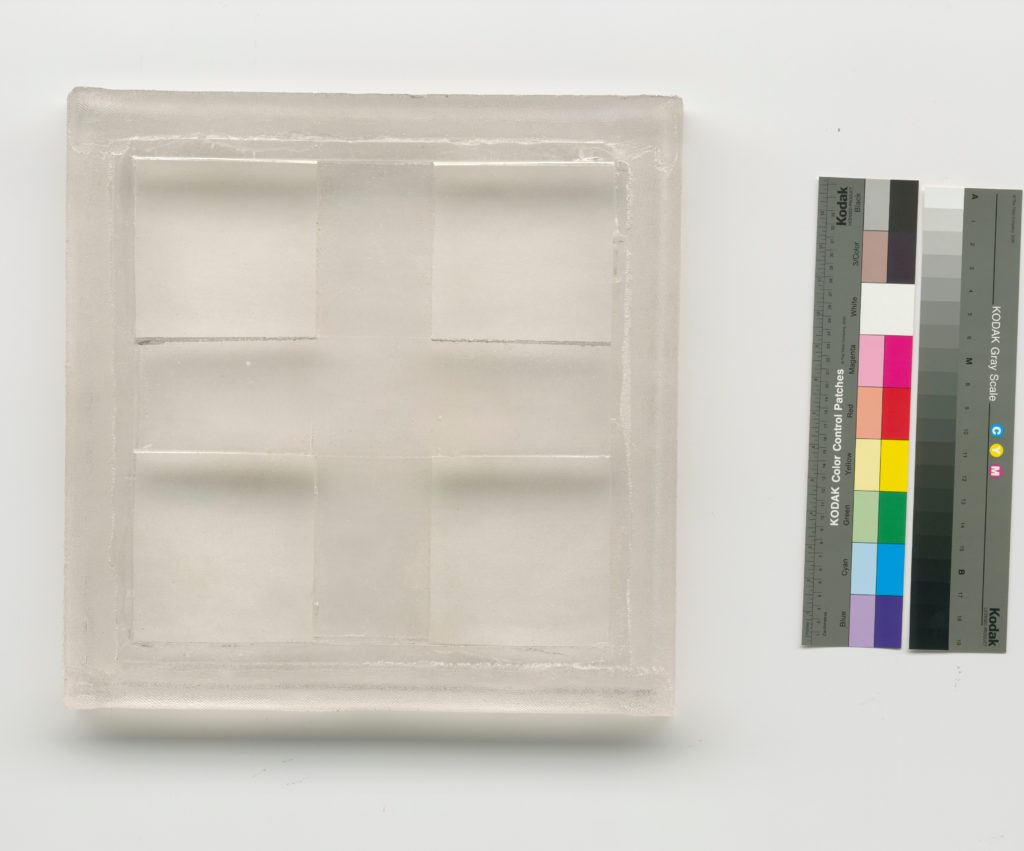 D: To what extent is your mind intellectually engaged in what you paint?

MS: When I am painting I tend to be fully engaged intellectually.  Different series of works require different processes, but in general, I tend to create works that have set parameters and consistently require a sequence of decisions or a practiced methodology.  Meditative procedures are thus inherent to the work, and completion arrives when conditions meet the specified parameters.

D: In which way do you wish to stimulate your viewers?

Building upon a lineage of concepts, ideas, gestures, and ideologies by respected predecessors and peers, my aim is to create timeless works that challenge and occupy specific positions in a history of art.  My greatest ambition for the viewer is to experience the work in a manner where the work is acknowledged as successful;

“I believe the most successful works if they don’t elicit an involuntary emotional or physical response whilst in their presence, provoke a mindful consequence with a significant lifespan.” for it is only through the viewing audience’s recognition that the goals of my intentions may be fully realized.

D: What functions as an indicator for you to realize that a craft is complete?

MS: In general, a work indicates that it is complete when conditions are met within specified parameters.  While this may sound very mathematical and clinical in its approach, therein often lies an intangible, transcendental component which determines the ultimate success of an individual work, like magic. 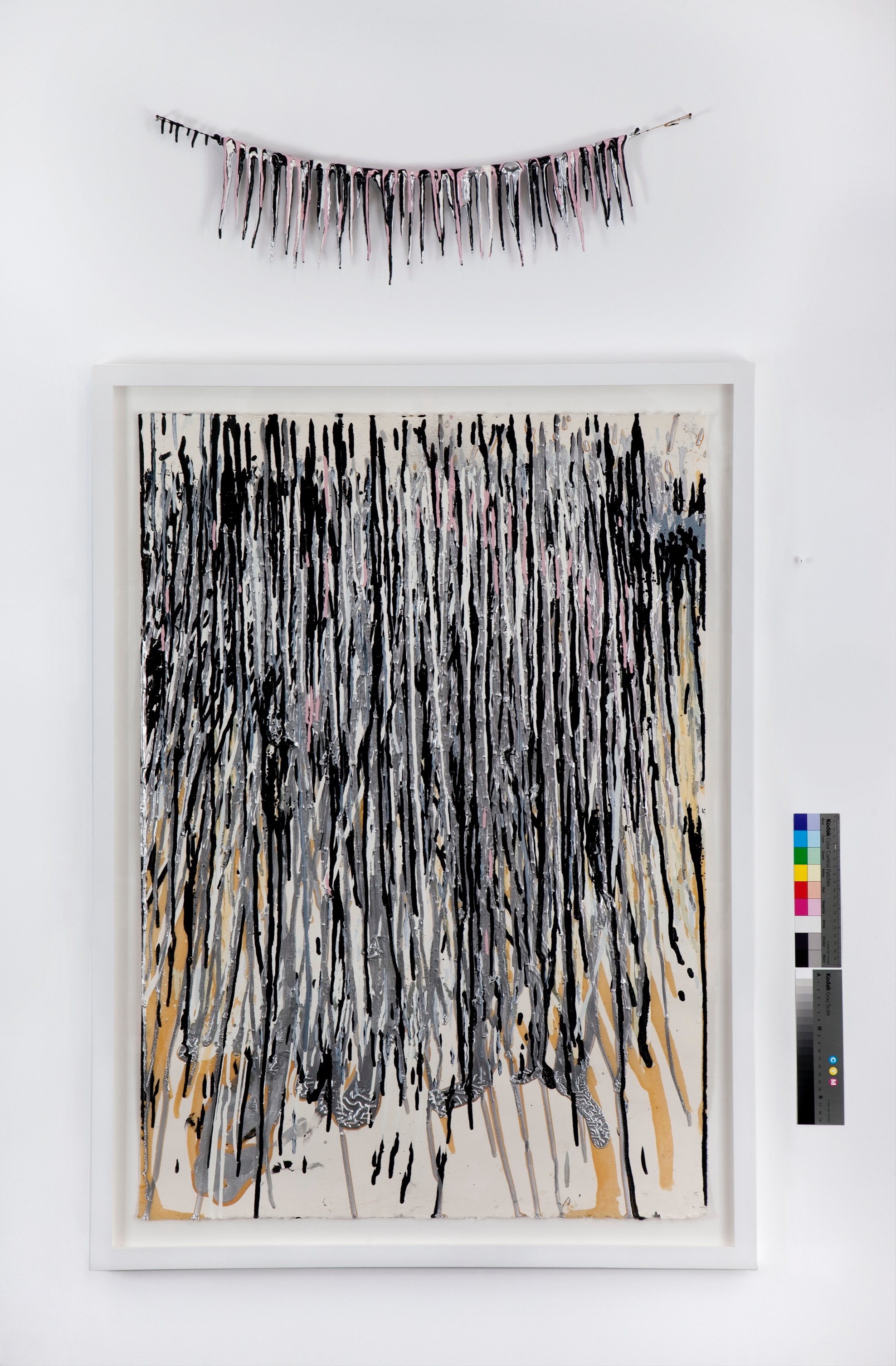 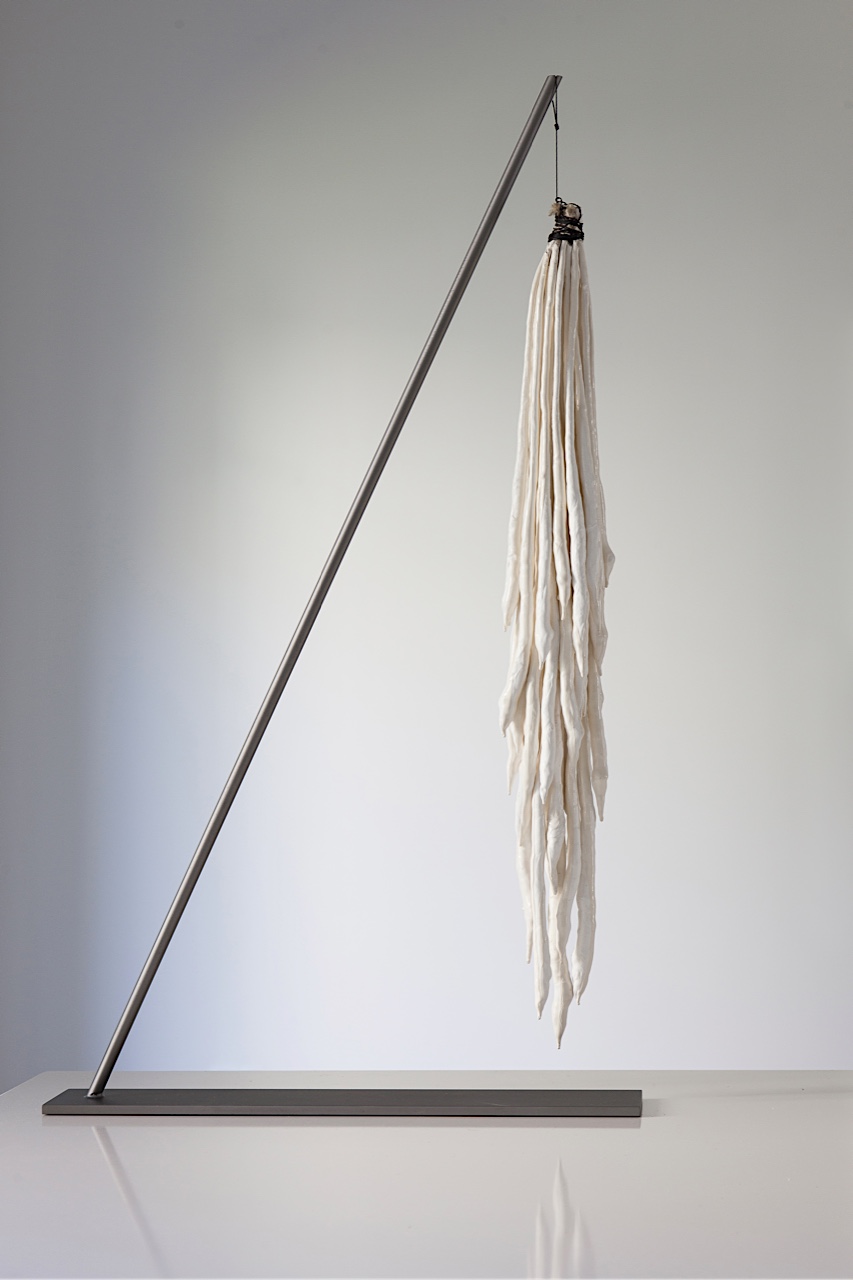