Don’t let the soft light spilling through the dangling vines or the natural soundtrack of chirping birds fool you. Pay closer attention than you might deem necessary to the glass sculptures standing in the entryway. At first glance, the delicate yellow and orange figurines appear warm and gentle, like they were made to decorate the foyer of a collector’s home. Upon further inspection, their true form—that of toilet bowls—is revealed. The sculptures, in all their subtle cheekiness, are a tantalizing, albeit somewhat misleading, facade, perhaps intended to serve as a PG-13 preview for the otherwise R-rated exhibit.

Just beyond the urban oasis that is Kurimanzutto’s impossibly zen courtyard lays a sprawling display of Sarah Lucas’ signature vulgarity and distinctly British irreverence. On one side of the gallery stand two massive penises: one a bubblegum pink shade, thin and straight like a papier- mâché rocket; the other a stockier model that leans to the right with defined veins protruding through its fleshy coat. The giant phalluses are positioned in front of a wall coated in crusted egg yolk—a result of the opening night performance, “I’VE GOT THE BALLS, egg action painting,” in which attendees threw eggs at the wall. Simultaneously, two men—donning the penises like mascot costumes—danced around the gallery to “White Rabbit” by Jefferson Airplane. The sickly yellow goo, which remains mysteriously odorless several weeks into the show, is representative of either male ejaculation or female ovum, depending on what the viewer makes of it.

This sexual innuendo—if you can even call it innuendo—is present throughout much of the exhibit. Take, as an example, the somewhat deflated penis crafted out of crushed beer cans, with angel wings affixed and foreskin assembled from cigarettes. More literal, perhaps, is the concrete cube with the word “SEX” imprinted on all sides. Lucas herself wore a colossal strap- on over her pants on the opening night. Drawing from art history and cultural stereotypes,Lucas’ trademark crude eroticism aims to reclaim female identity from the male gaze and challenge viewers’ understanding of gender, sexuality and fertility. While clearly deriving from British irreverence, Lucas’s overt sexuality finds a well-suited context within Mexican society, which has a cheeky and dark humor of its own. 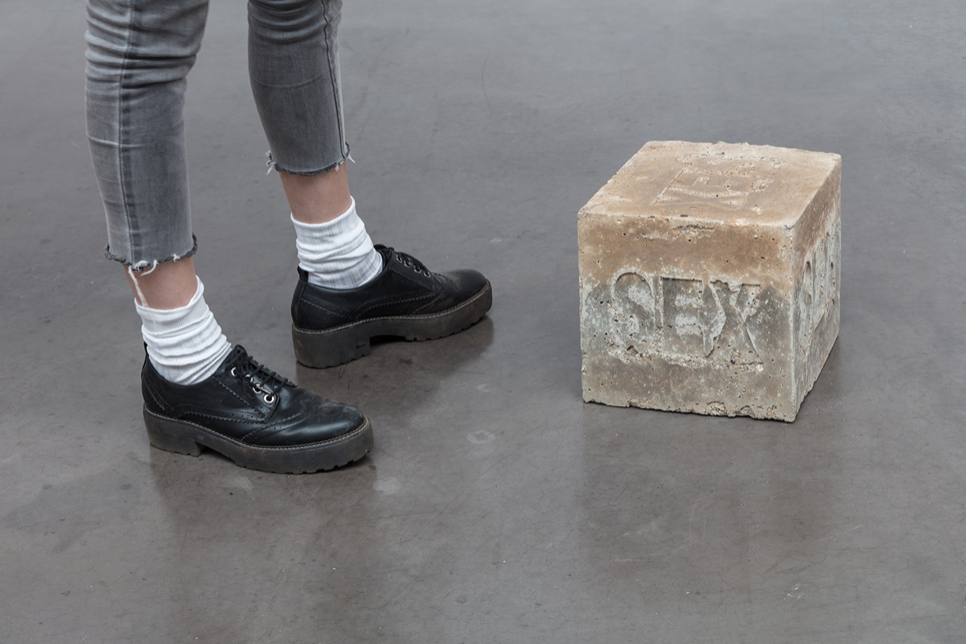 Other pieces that secure Lucas’ practice within Mexico are portraits of Diego Rivera and Frida Kahlo constructed from cigarettes. While undeniably exquisite, the reference is disappointingly trite. Far more compelling are the replicas of Prehispanic coyote sculptures and a tracing of a drawing by the Russian-Mexican painter Vlady, all of which are likewise assembled from cigarettes. These pieces, inspired by the experiences Lucas has cultivated with local friends and collaborators, demonstrate a much more complex relationship with Mexican culture.

The recurring motif of cigarettes nods to the artist’s lifelong smoking habit. Though admittedly self-destructive, Lucas notes the space provided by a cigarette break for self-reflection, forcing her to evaluate what is at once necessary for her artistic growth and crippling for her physical health. This introspection is reaffirmed by the “RED SKY” series (2018), in which the artist is photographed yearning to define herself while shrouded in a mist of cigarette smoke. 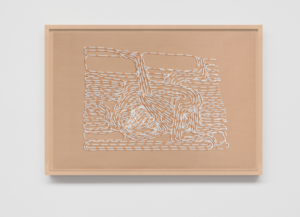 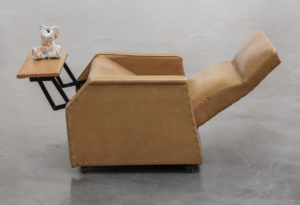 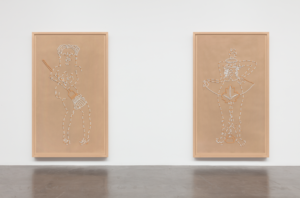 Indeed, this allusion to self-harm and imminent death is the strongest thread of DAME ZERO. The centerpiece, “EPITAPH, BLAH, BLAH” (2018), is a wrecked car decorated in a tapestry of cigarettes. To the side is “EXACTO” (2018), a chair-based work that looks as if it were ejected from the car upon impact, with neon shrapnel penetrating an imaginary corpse. A disturbing sight to behold—most likely the vessel of one or more fatalities—the destroyed car is imbued with spirituality through its adornments, springing to life as a medium to transport its victims to the afterlife. The morbidity present in these works is Lucas’ most durable alignment with Mexican culture, in which death is openly accepted and celebrated.

DAME ZERO conjures a grim image of human reality made bearable by its comic relief. The works presented seek to challenge our understanding of—and ability to relate to—sexuality, sickness and death, among other processes intrinsic to the human experience. Lucas achieves this questioning and the importance of its universality through a practice that deliberately, yet carefully, spans cultures. 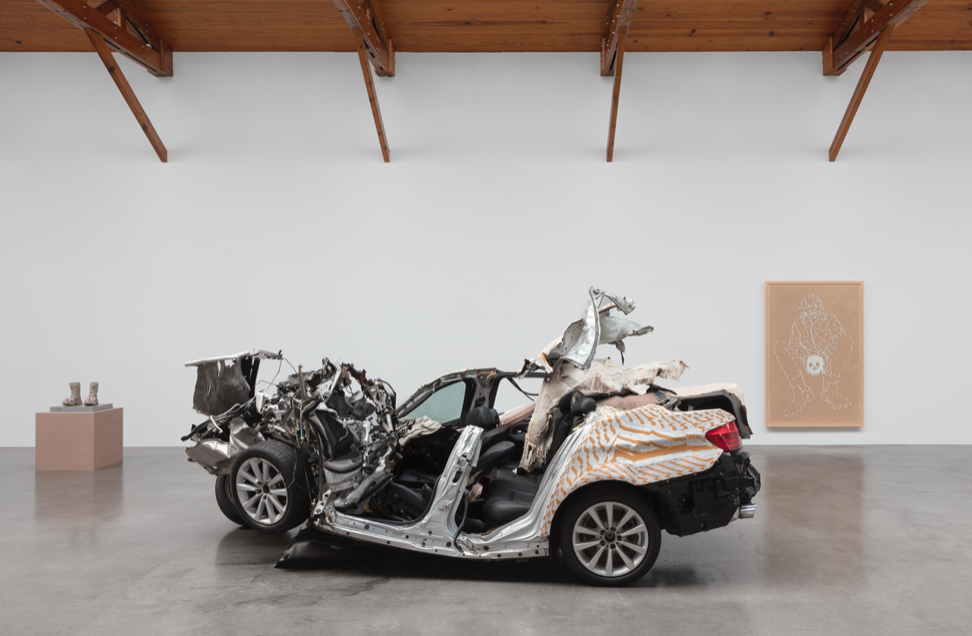 DAME ZERO is on view at Kurimanzutto in Mexico City until May 3, 2018.