19 year old Rodrigo Valderrama based in Chile is recreating a sensational world through the world of Galliano’s Dior. He has talked to us about some of his favourite pieces by his archive. 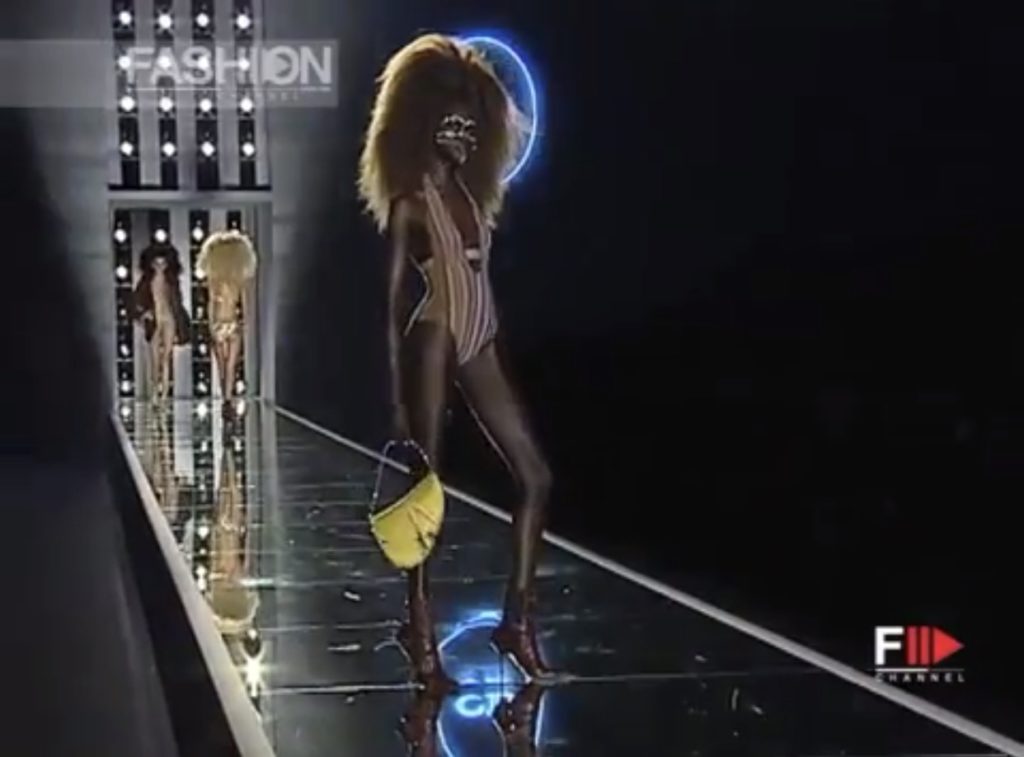 Alek Wek in Dior spring 2002: Personally one of my favorites, such a urban and energetic collection, the music, the catwalk and the pieces, even the most simple swimsuit looked as the most extravagant runway look, one of the collections that Galliano made for the Dior young, fresh and vibrant girl, leaving aside the seriousness that a high fashion house must have for a while. 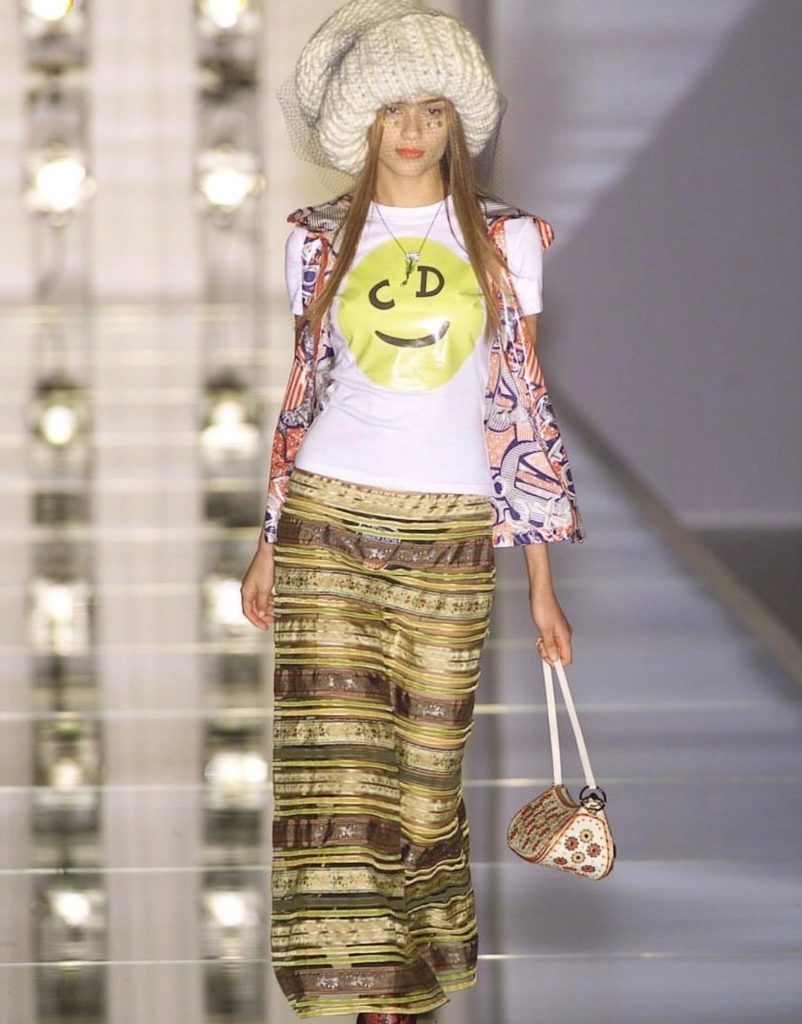 Lindsay Frimodt in Dior fall 2001: Just like spring 2002, this ready to wear collection makes me feel that Dior girl vibe too, not like Galliano stopped thinking about the Dior woman but he started to create things that were more of the attitude and spirit of young people. Not the classic (yet beautiful) elegance that we are used to see in Christian Dior. The show is amazing,long coats, big headpieces and as soundtrack that transports you to a party night in Europe. 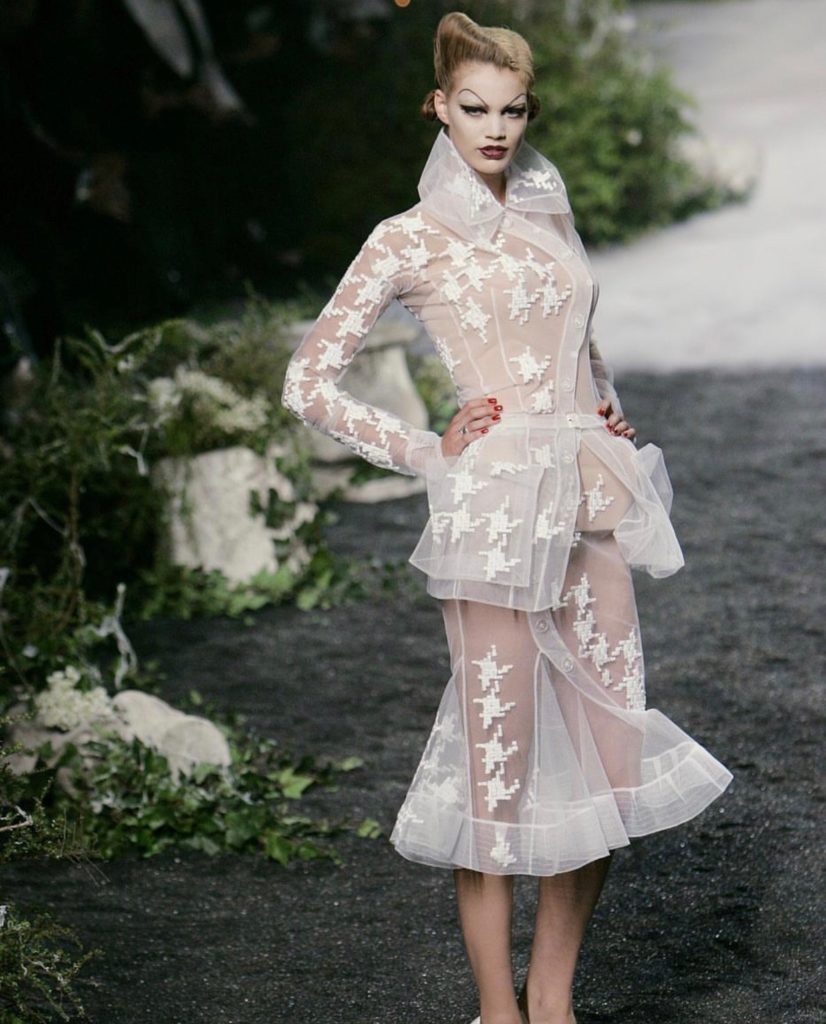 Rianne Ten Haken in Dior Haute Couture fall 2005: This is such an special collection for me cause it is supposed that when a creative director takes the house, he or she needs to keep the vibe of the original designer and a lot of them don’t do it or keep the minumum but this collection is totally inspired in Christian Dior’s legacy and history of course mixed with the Galliano touch and let’s not even talk about the show, UNFORGETTABLE. 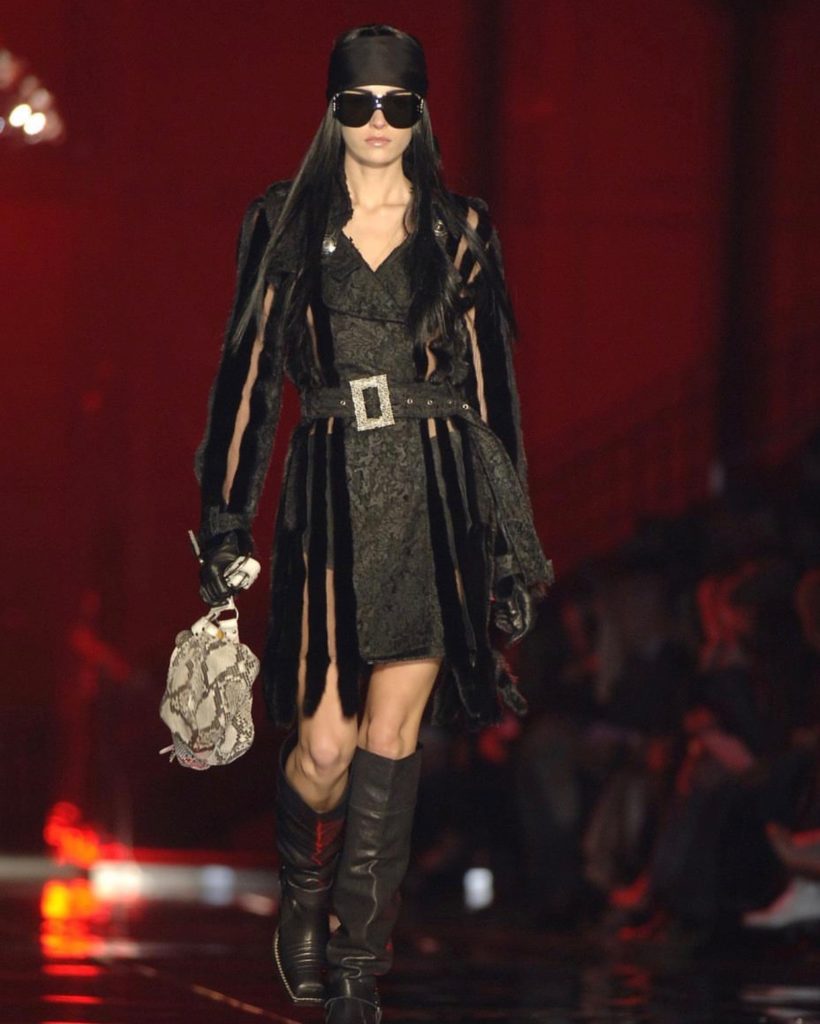 Valentina Zelyaeva in Dior fall 2006: This is one of the most simple yet outstanding collections of Galliano’s Dior, i keep some videos from the show in my cellphone lol, cause the catwalk of the models matching the classic rock songs that were on the soundtrack is mesmerizing. A total jump to another different side of his imagination, comparing it with spring 2006, his previous ready to wear collection for Dior. 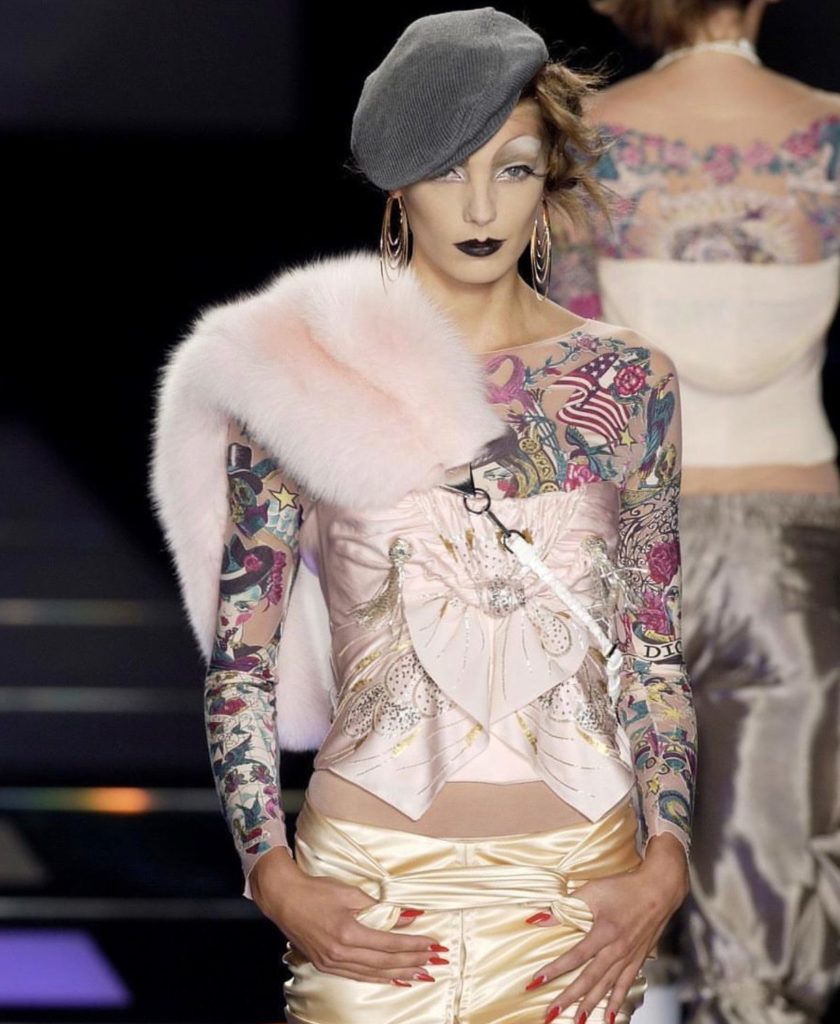 Daria Werbowy in Dior spring 2004: This is probably my second favorite collection by Galliano at Dior, the first is fall 2003, the previous ready to wear collection he presented for the house, this was a little taste of the rock n’ roll Galliano that we saw in 2006, fur coats and heavy pants for summer is something totally crazy! but John never followed rules so why would he follow seasons? lol, this show is one of those that you can watch a thousand times and it never gets boring. 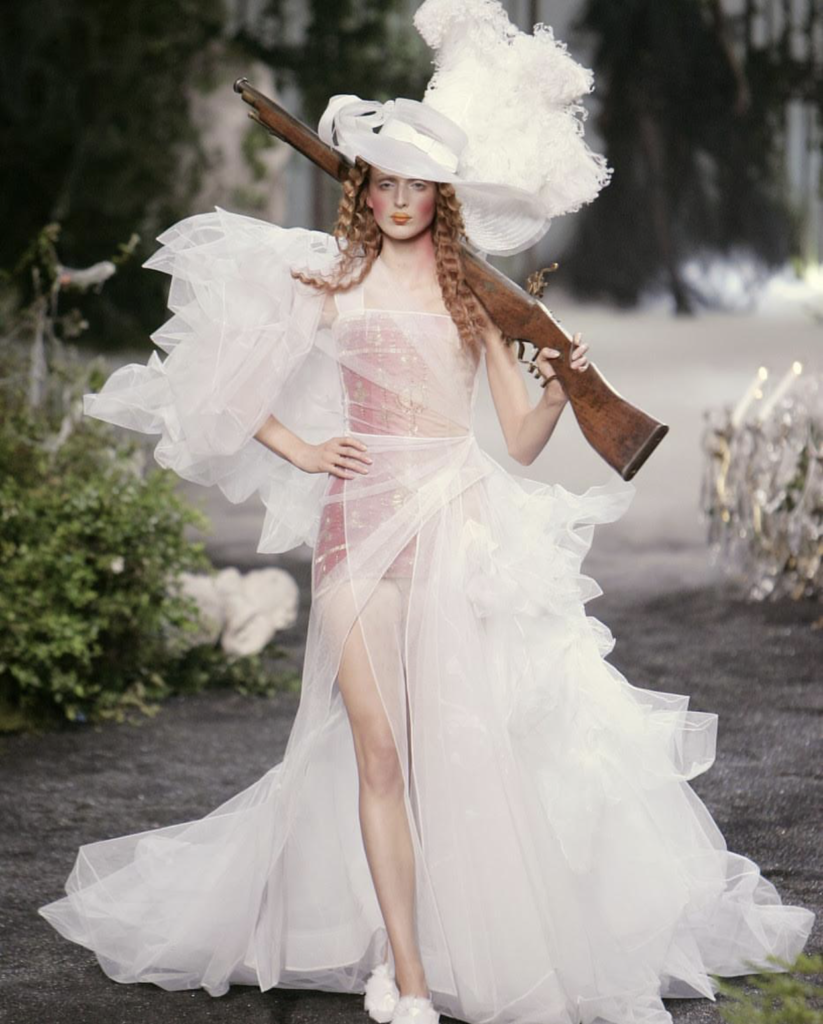 Tegan Dearing in Dior Haute Couture fall 2005: Another one from the fall of 2005, almost closing the show and the drama was still there, such a beautiful and dreamy dress, one of the pieces that make you compare Galliano’s collections/shows with cinematic productions. 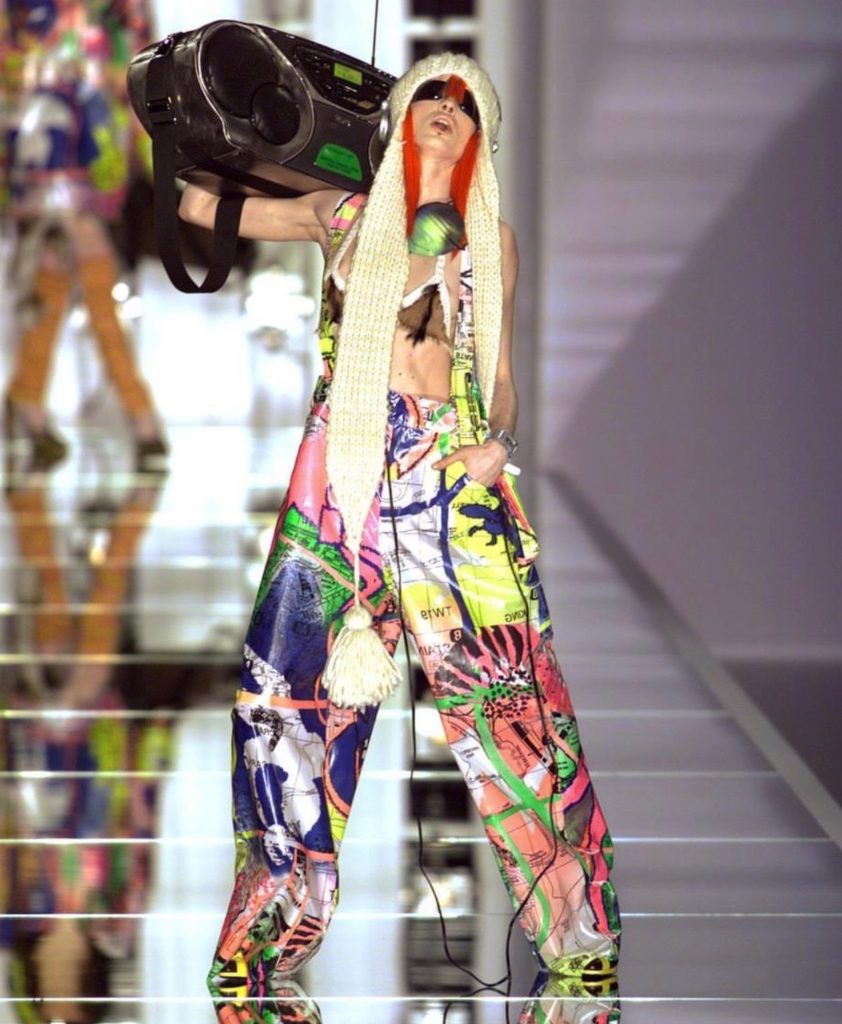 Natasa Vojnovic in Dior fall 2001: This opening has to be one of the best of Galliano’s shows, the BOOM! of the music with the performance of Natasa IT’S EVERYTHING! that big radio bag on her shoulder and the dramatic poses, i wish models had that energy and capacity to become actresses on the runway, saying: This is how you’ll look wearing this collection! 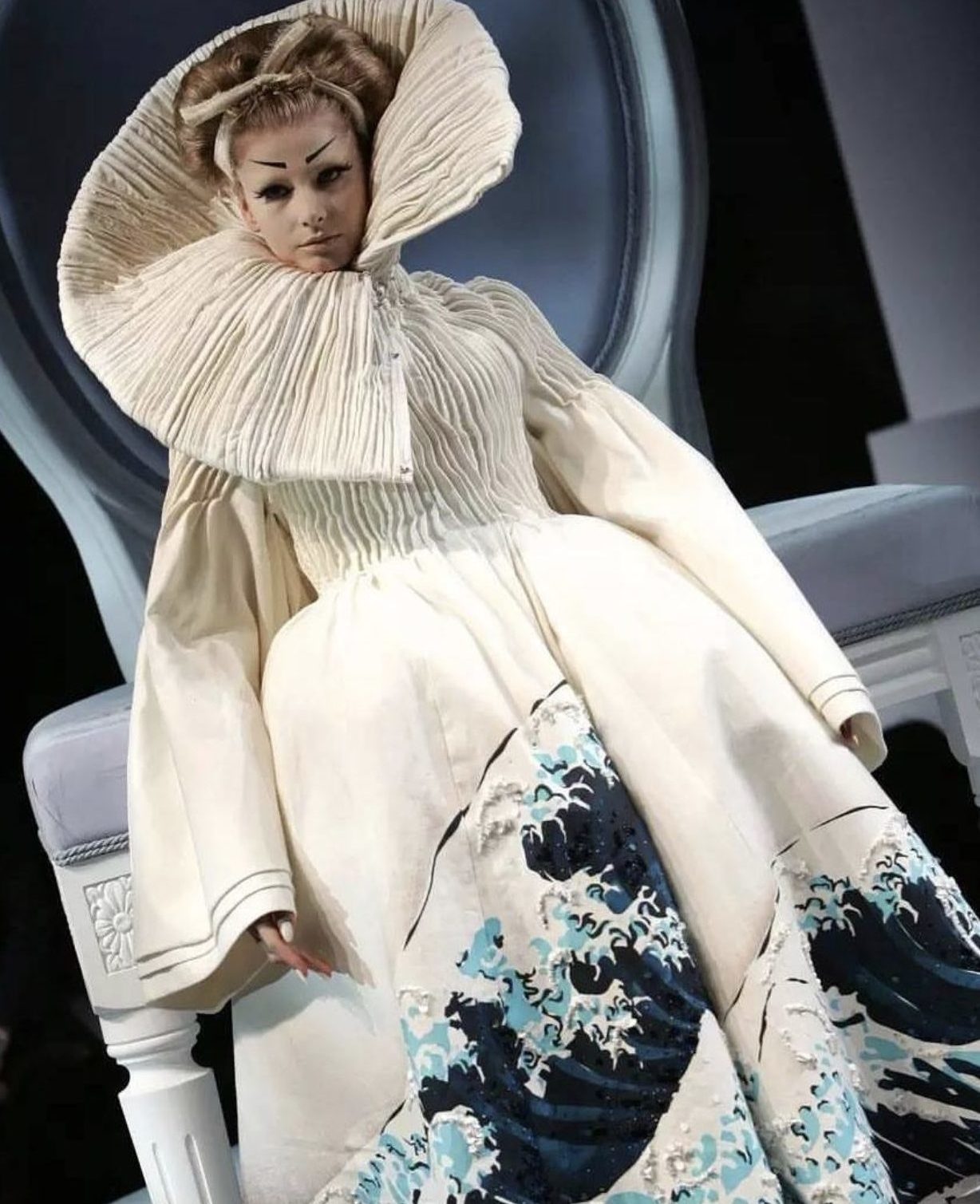 Hana Soukapova in Dior Haute Couture spring 2007: Madame Butterfly! this is one of the collections that make you wonder why there is people that didnt like John’s era at Dior? the beauty of this collection is incredible and the show is a rollercoaster of emotions, the opening and the finale make you feel so many things, i don’t want to sound dramatic lol but it’s the truth. 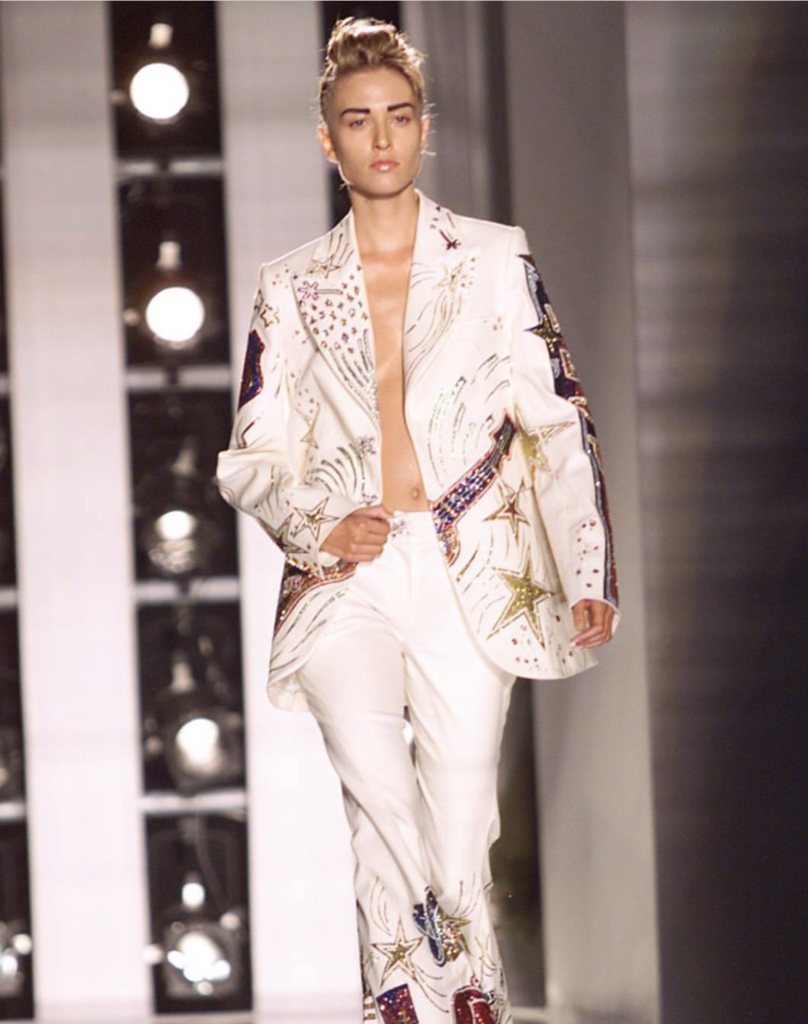 Liisa Winkler in Dior spring 2002: Im obsessed with that Elvis jacket, i love it, i think it’s one of those pieces that would still look cool today on fashion risk takers, the people who are not afraid to dress to express and end up impressing too. A jacket that people who could buy in 2002 probably still having it as a gem. 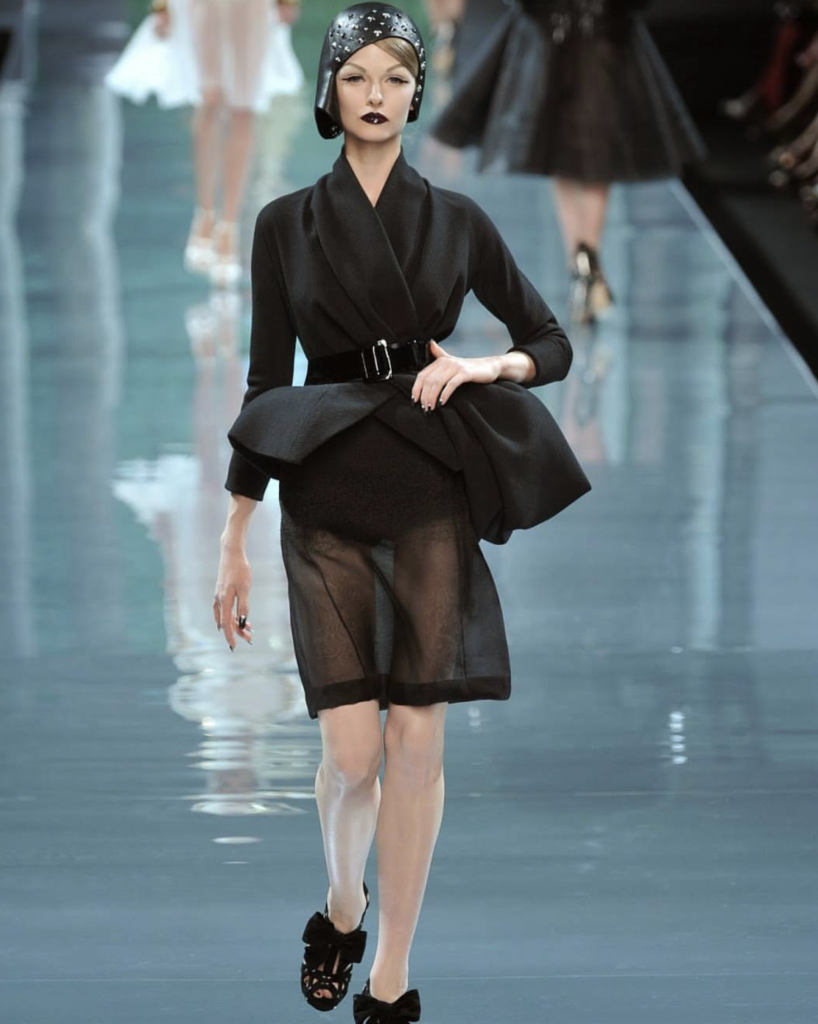 Kamila Filipcikova in Dior Haute Couture fall 2008: I found a bad quality picture once with this look on Kamila and it was so much better, you could totally see the beauty of that piece, the hats by Stephen Jones were wonderful but i think the ones from this collection give you so many vibes, the elegance, the innocence and the daily street look vibe, simple and beautiful. One of the first Galliano shows that i discovered, i still loving it to this day. 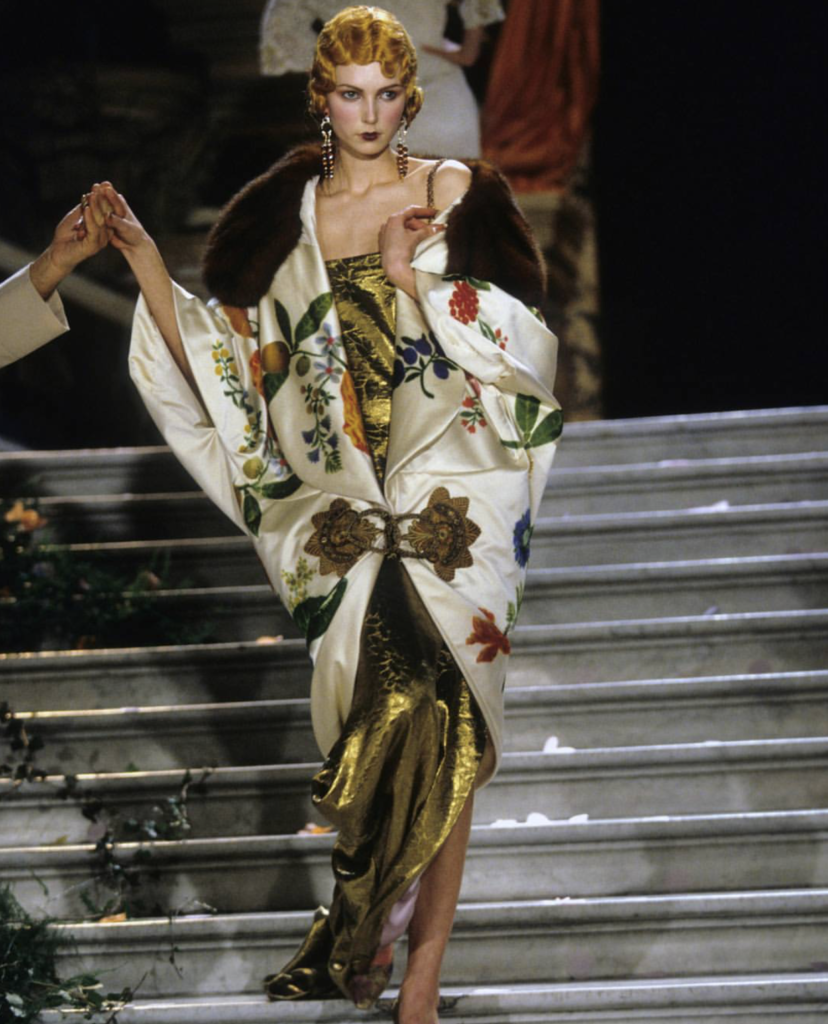 Hedvig Marie Maigre in Dior Haute Couture spring 1998: I thought that sharing content from the 90’s it could kill the essence of the page, i wanted to focus it only in the 2000’s but i thought that sharing a picture once or twice a week wouldn’t kill it or anything so i try to post the best ones that i find, Hedvig is such an icon for Dior in the late 90’s and early 00’s she was in every show and i think that the piece she is wearing here is so elegant and show just a beggining of what was yet to come for Dior under Galliano. 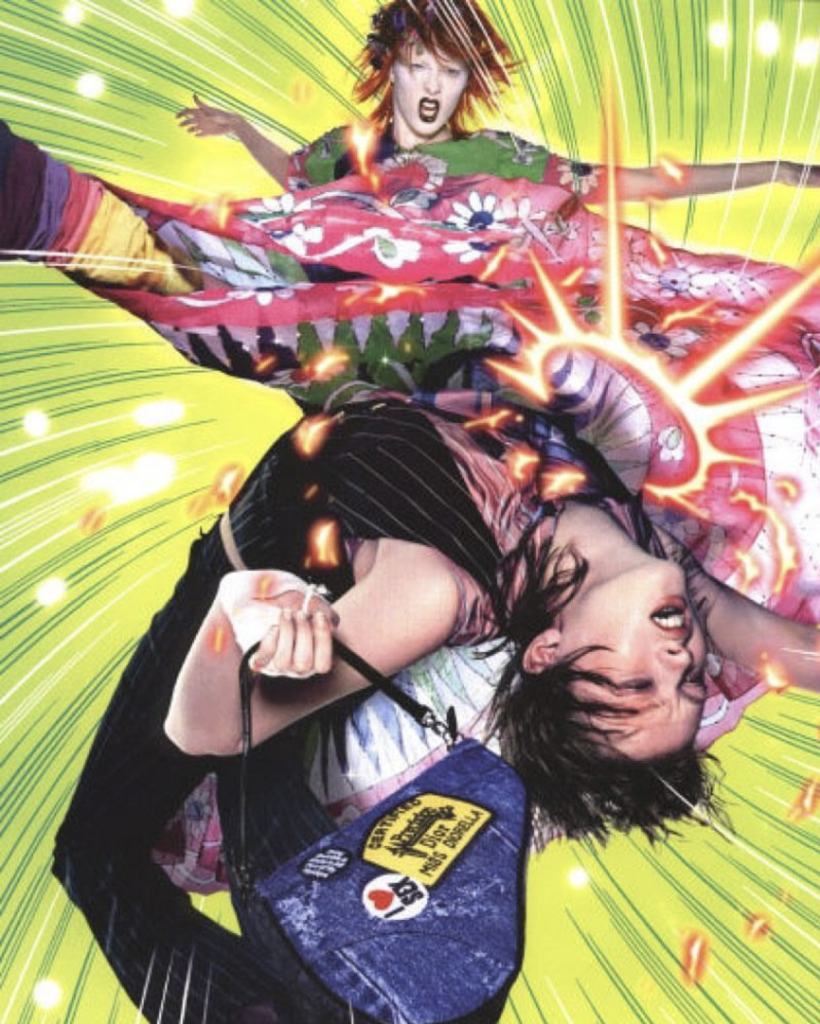 Karen Elson in the Dior fall 2001 campaing: This has to be one of the best Nick Knight works for the House of Dior, showing the young and colorful vibe of the fall 2001 collection and it shows how much Galliano cared about keep selling the clothes in an artistic way, this campaign looks like a movie poster, so much production and time into something that was going to be in magazines just for a while. A-MA-ZING! 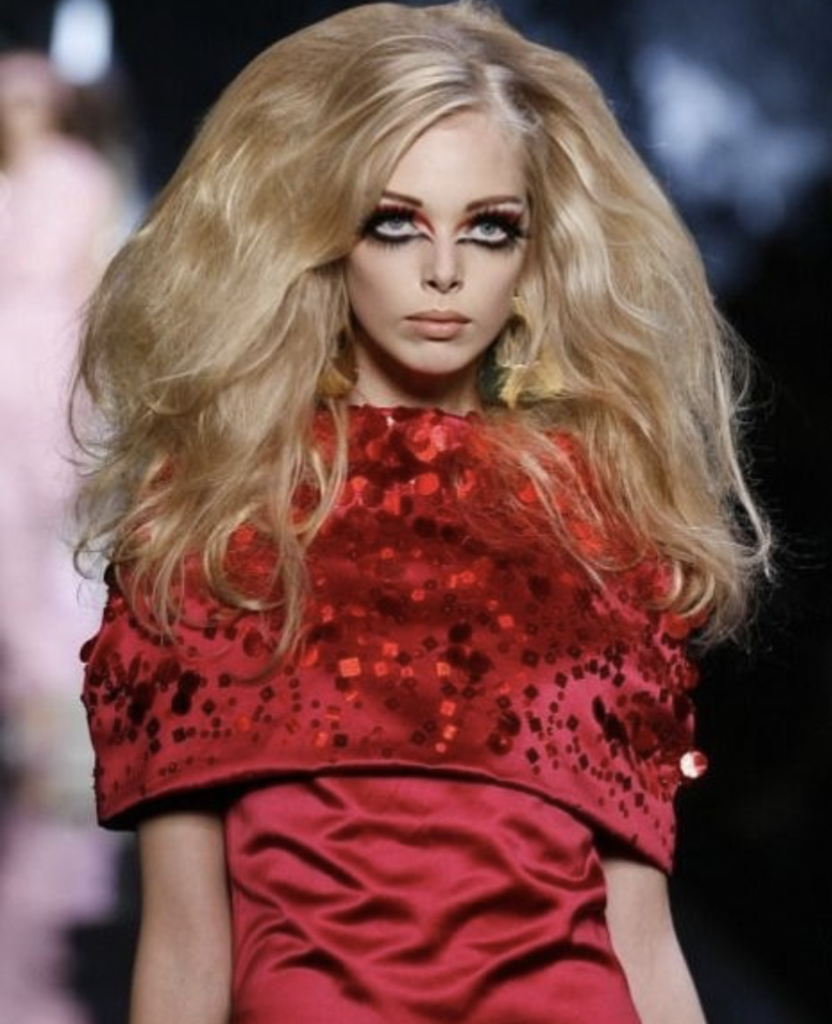 Tanya Dziahileva in Dior fall 2008: Bringing back classics in a colorful way, this is one of the collections where Galliano made the Dior girl meet the Dior woman, such a fun combination, you had all of this serious looks mixed with colorful long dresses inspired by past decades and specially this picture, im still obsessed from the first time that i saw Tanya walking with that dress on, red has alaways been such a poweful color but mixed with Tanya’s walk, that beautiful detail of the fabric covering her chest and shoulders (probably not too comfortable to wear if you wanna move your arms too much lol) are what made me obsess so much over this design.