An ongoing series dating back to the mid-80s but exhibited for the first time, HeartBeat Bots reveals Koop’s fascination with robotics and the post-human condition. The exhibition is anchored by a suite of canvases depicting robotic subjects, anthropomorphic in appearance and situated within the conventions of portrait painting. All of the paintings were made in the artist’s Riding Mountain studio, a remote setting some 130 miles Northwest of her home in Winnipeg, Canada. Koop’s palette—fluid strokes of neon pink and orange; vibrating fields of blue—breathes life into her near-human robots. Loosely contained assemblages of marks and color fields, these figures also conjure topography, their surfaces resembling landscapes of a planet that is neither alien nor familiar. Koop paints the human into machine and landscape alike. 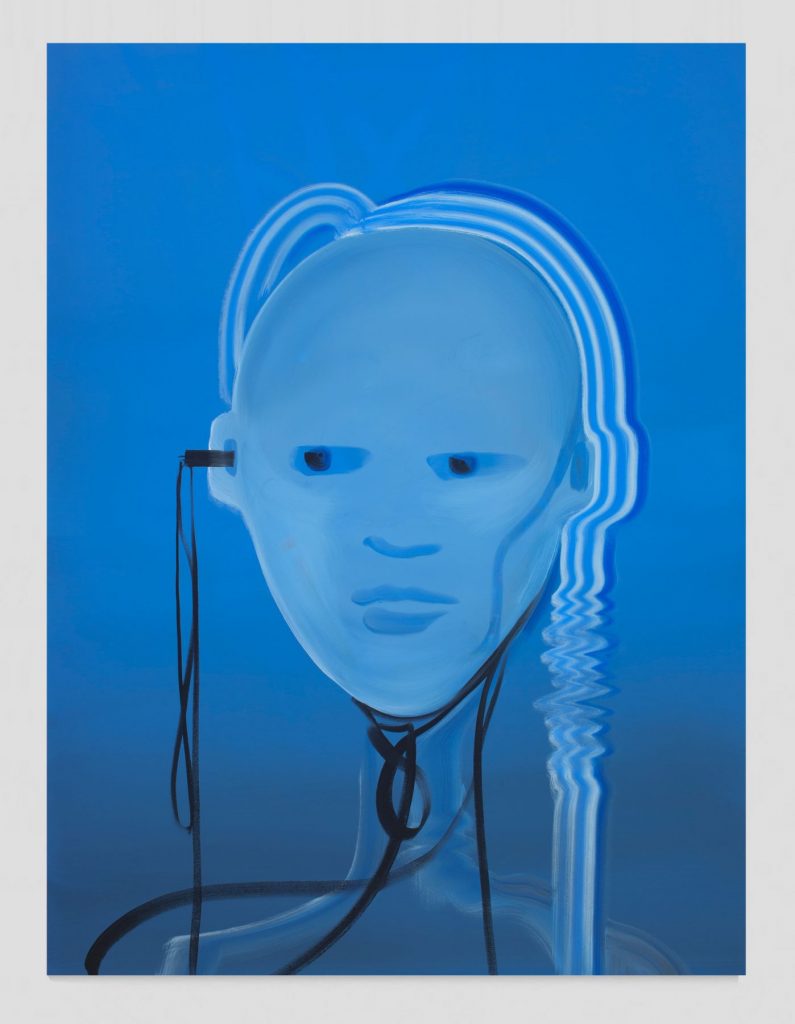 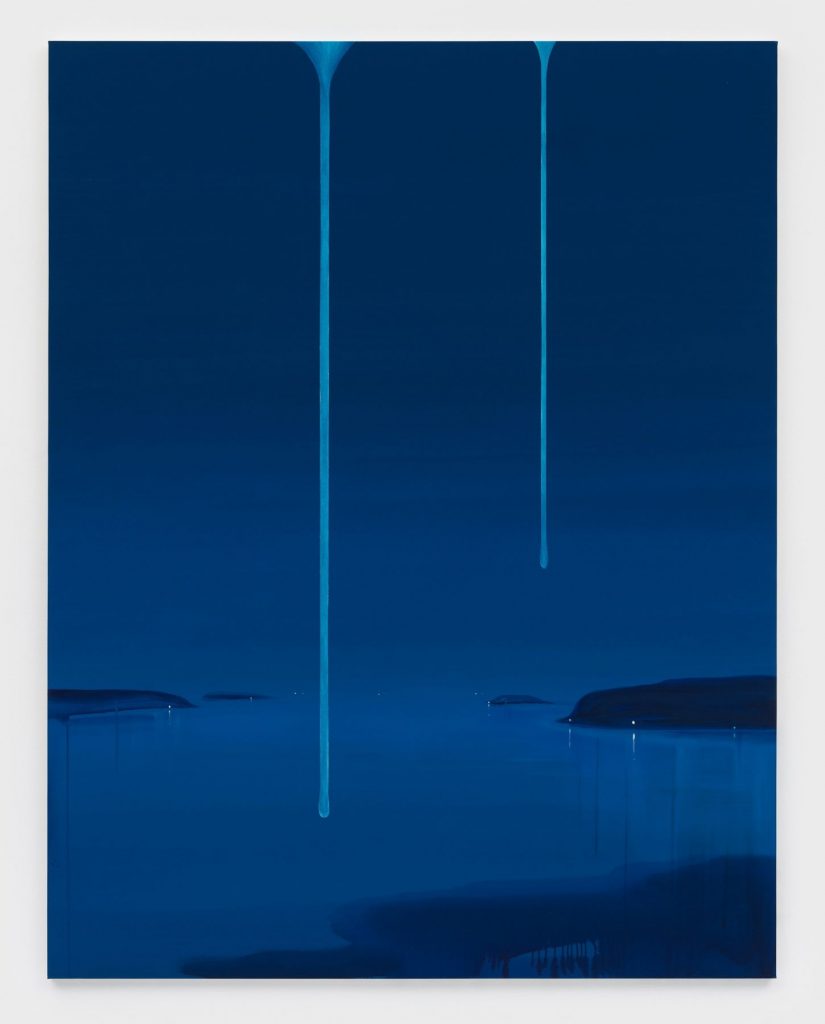 This fluidity is central to HeartBeat Bots, where Koop has filled the gallery with fragments of the terrestrial. The procession of mechanized portrait sitters is threaded through with images of veiny trees, spider webs, and a full moon pulsating above a reflective lake. Other works appear stripped of representational content, such as Breaking News (Colour Bar), a massive color field painting composed of a luminous yellow ground resting above a strip of eight vertical bars. Parallel drips descend from the top of the canvas, cinching and swelling to resemble massive teardrops. Physical expressions of emotion, which the artist describes as “cutting the surface,” extends to a body of paintings recently exhibited at the Dallas Museum of Art: eight monumental landscapes (two of which are included in HeartBeat Bots), similarly punctured by pairs of falling “tears,” project an affective dimension of human psychology onto thinking machines. Just as robots are created by humans to fulfill a purpose, of her paintings Koop says: “I’m making something that is highly useful in a psychological way… that we see ourselves in it.” 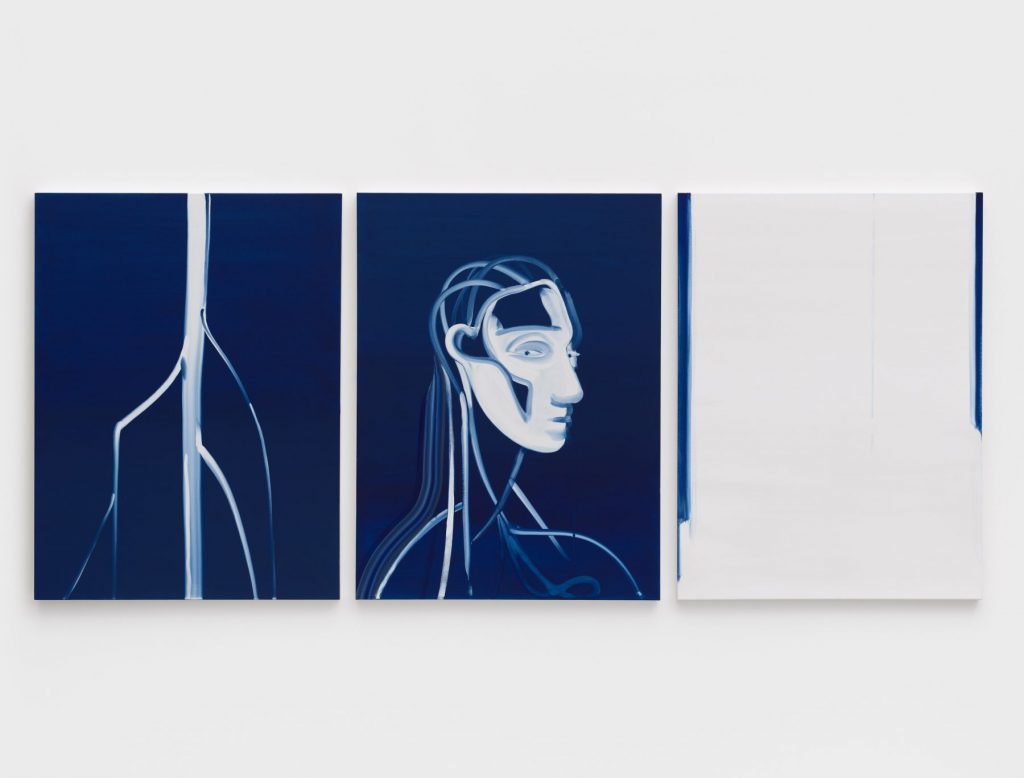 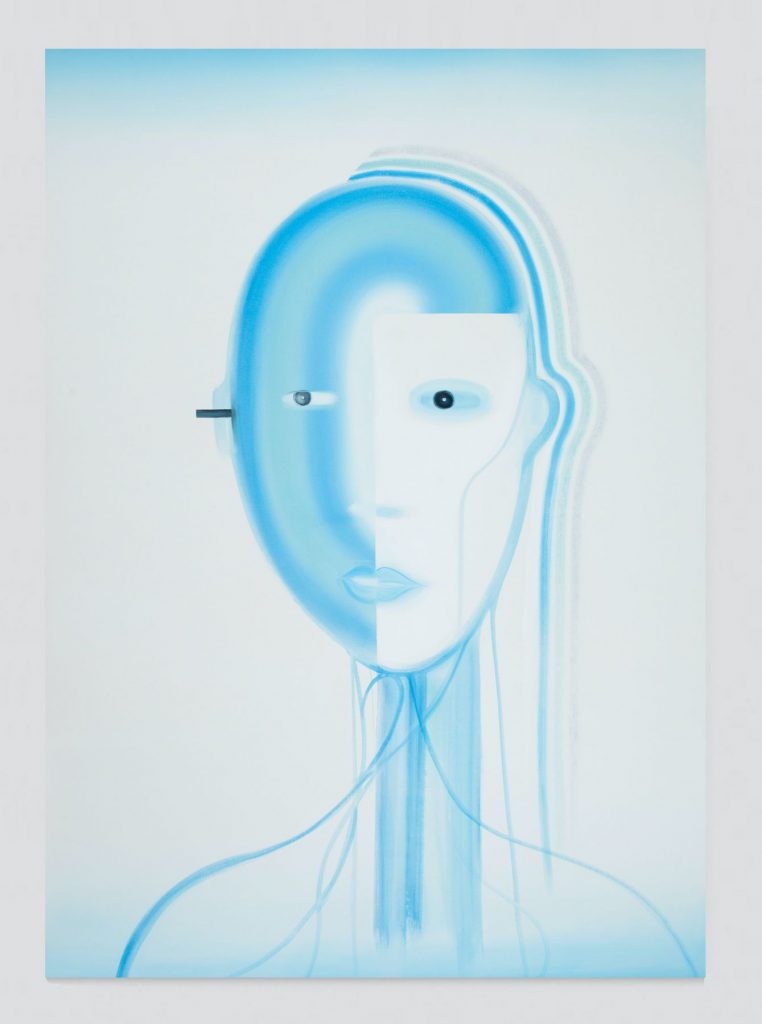 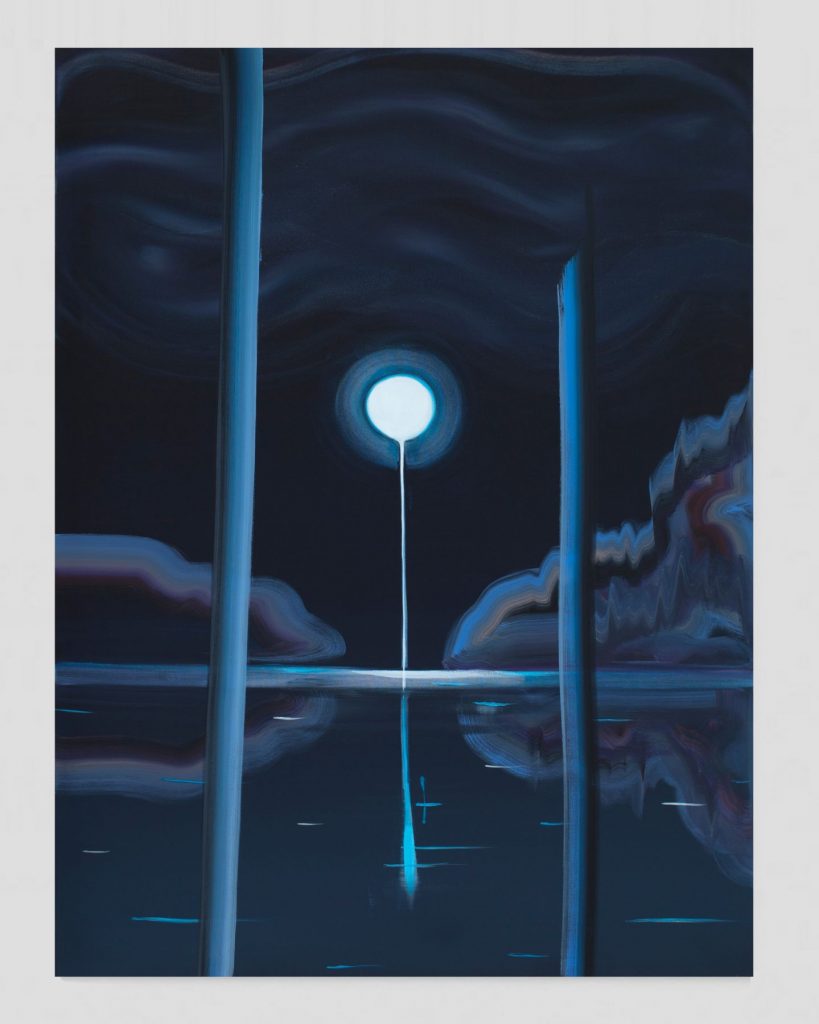 While viewers seek the familiar in these near-human forms, Koop, meanwhile, smuggles in forms of seeing that lie beyond our senses. The exhibition includes one painting, Heartbeat Bot (Bleu), based on the symbol for facial recognition. “It doesn’t look like it, but it’s there,” she asserts, in a subtle allusion to how AI’s pattern recognition surpasses ours. For many years now, the artist has considered the contingency of vision, as well as the effects of insensible energy, works that register “all that we can’t see and that we can’t feel, trying to paint the unknown.” By making her brush vibrate, Koop creates lines that dissipate and dissolve, suggesting a force that moves through each individual canvas. “This happens in the reflection of water, sound waves… it’s in the lines we see in stock market graphs, it’s everywhere but we don’t really see it, yet we’re affected by it.”

Over four decades, Koop has translated observation into poetic visual articulation.  Reflecting on a socially-isolated present, Koop recently came to the realization that nearly all of her work to date constitutes a practice of painting portraits of uncertainty: of the past, future and the present. “Like the landscapes,” Koop explains, “these are portraits of the everyperson: this construct of mask stripped bare, like an archetype of now.” Here, Koop deploys color and mark making to conjure forces of energy, fusing representation and abstraction, seen and unseen, and emotional and artificial intelligences. 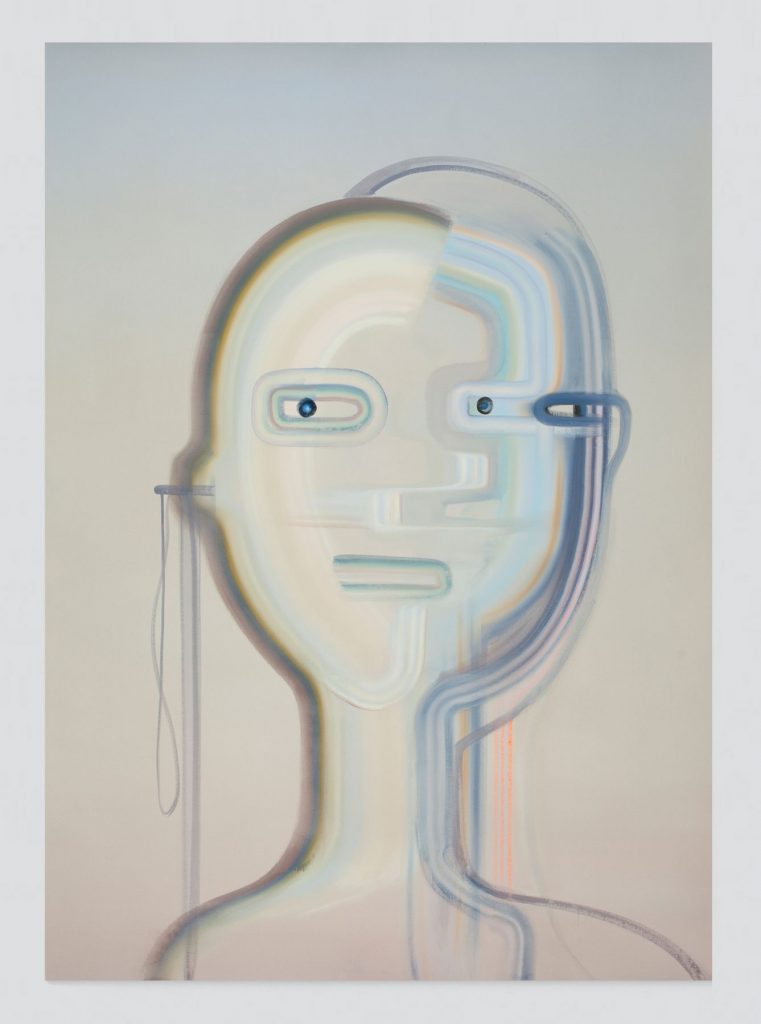 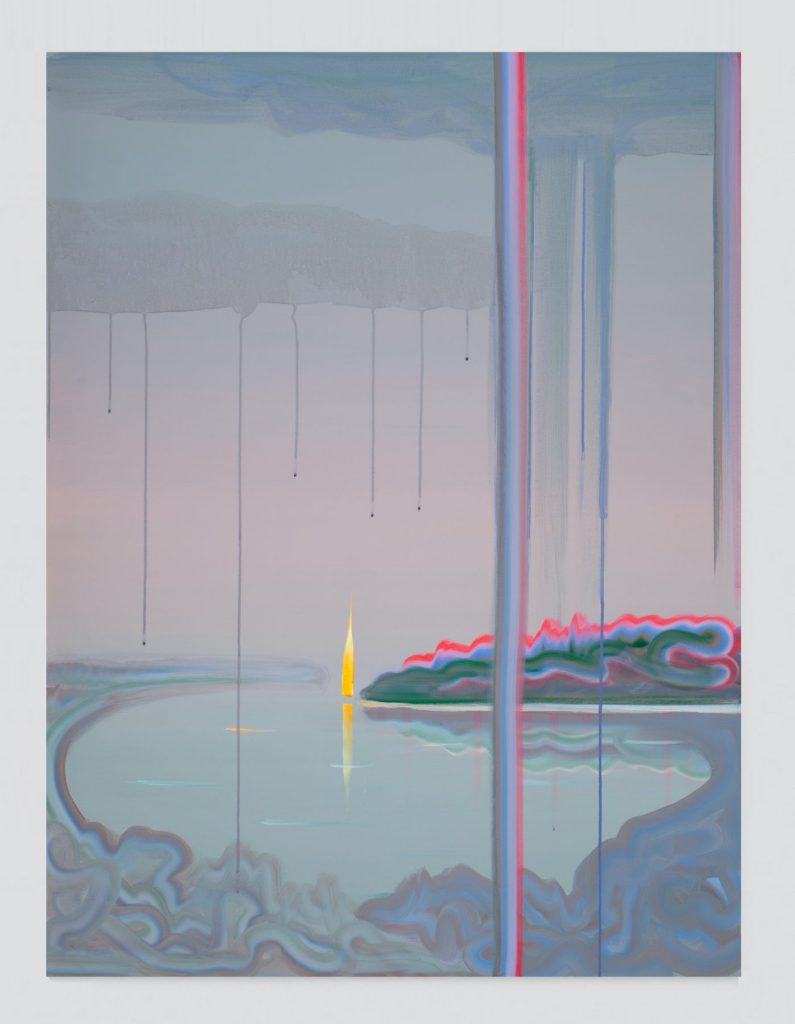 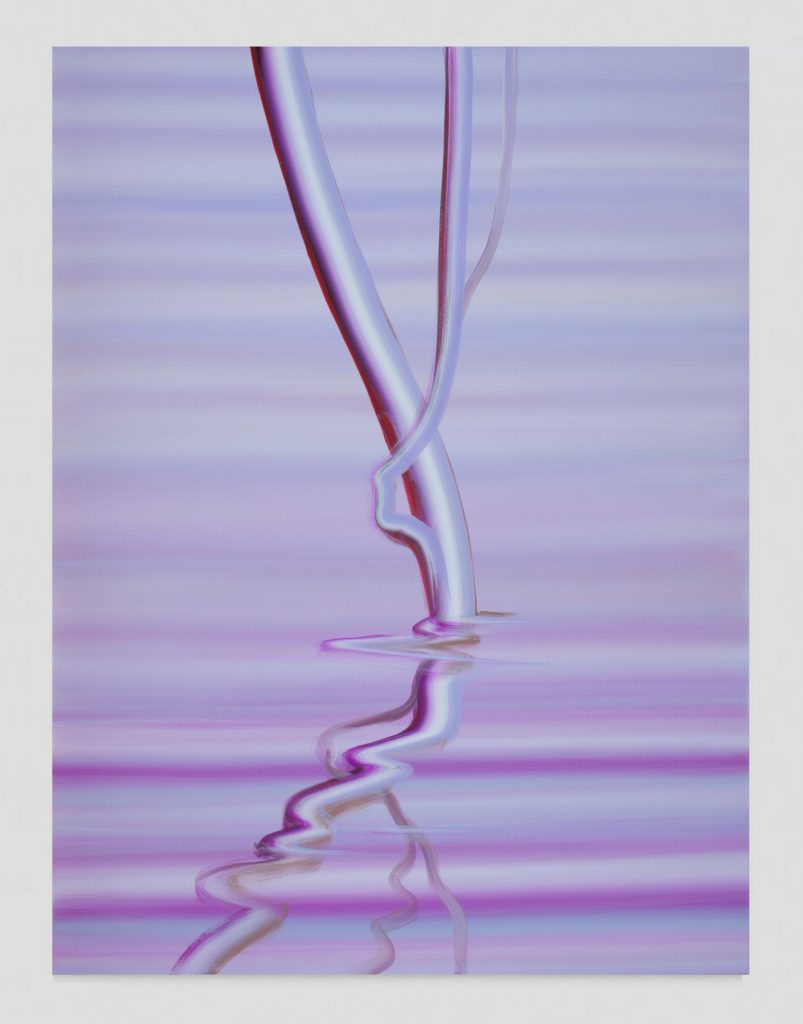 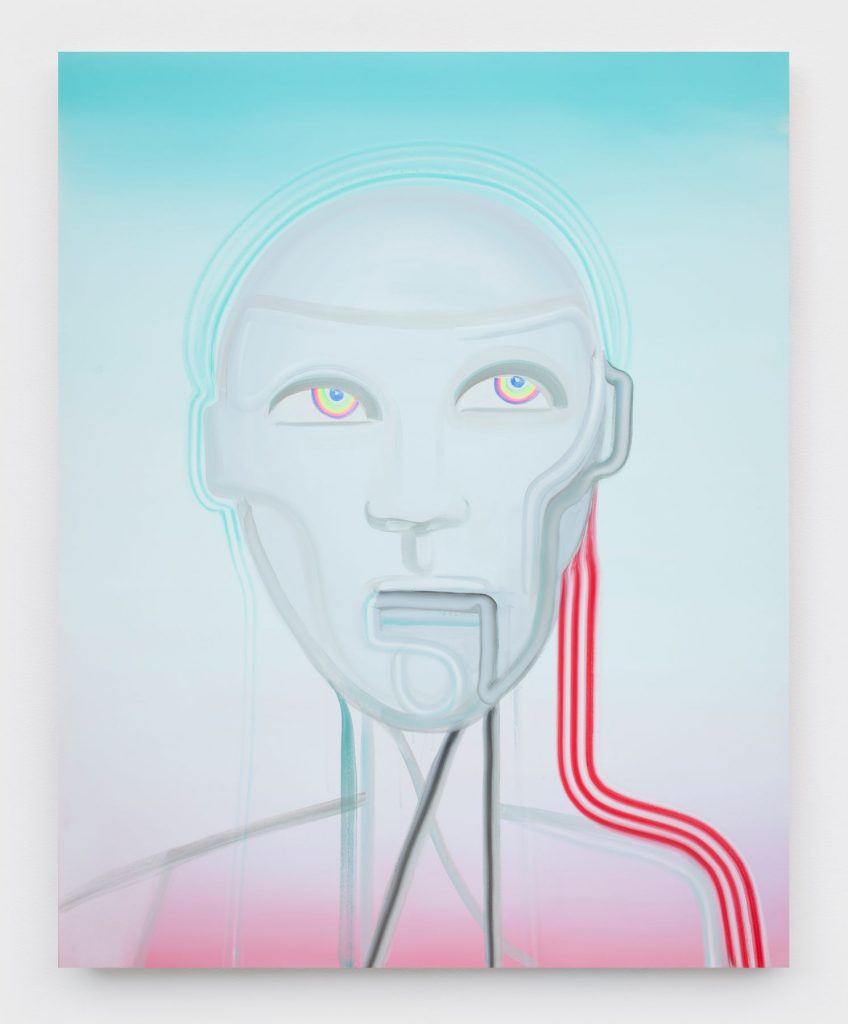 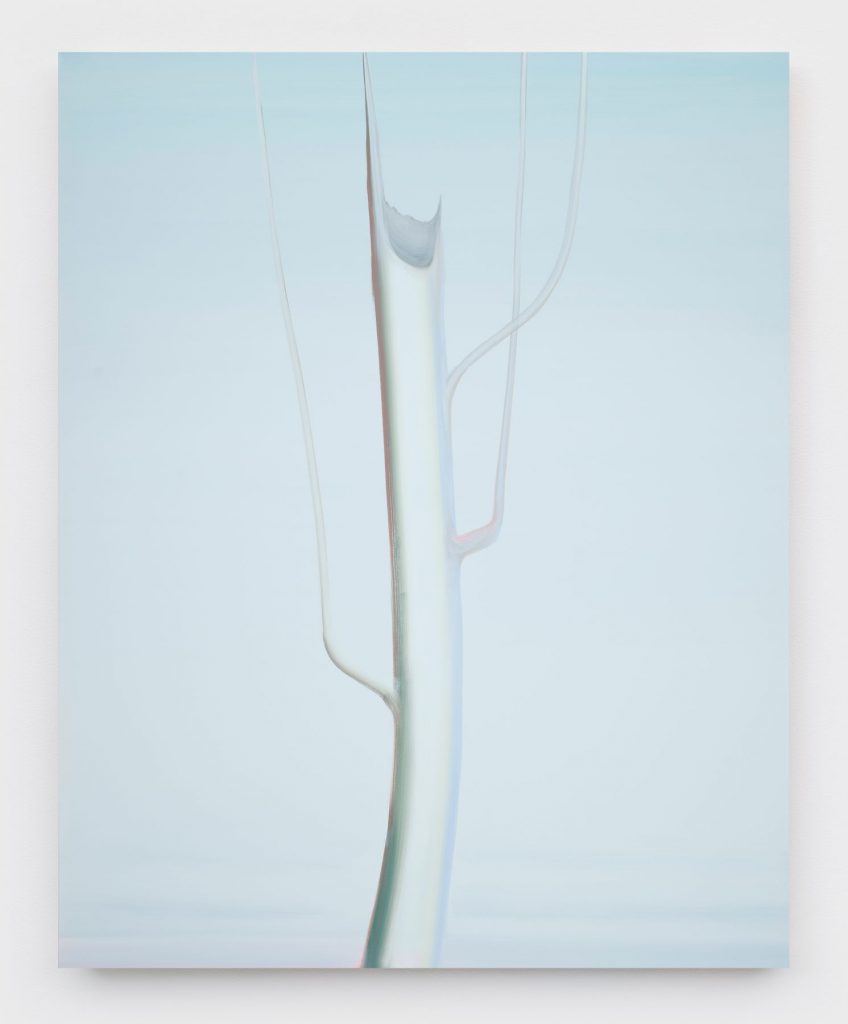 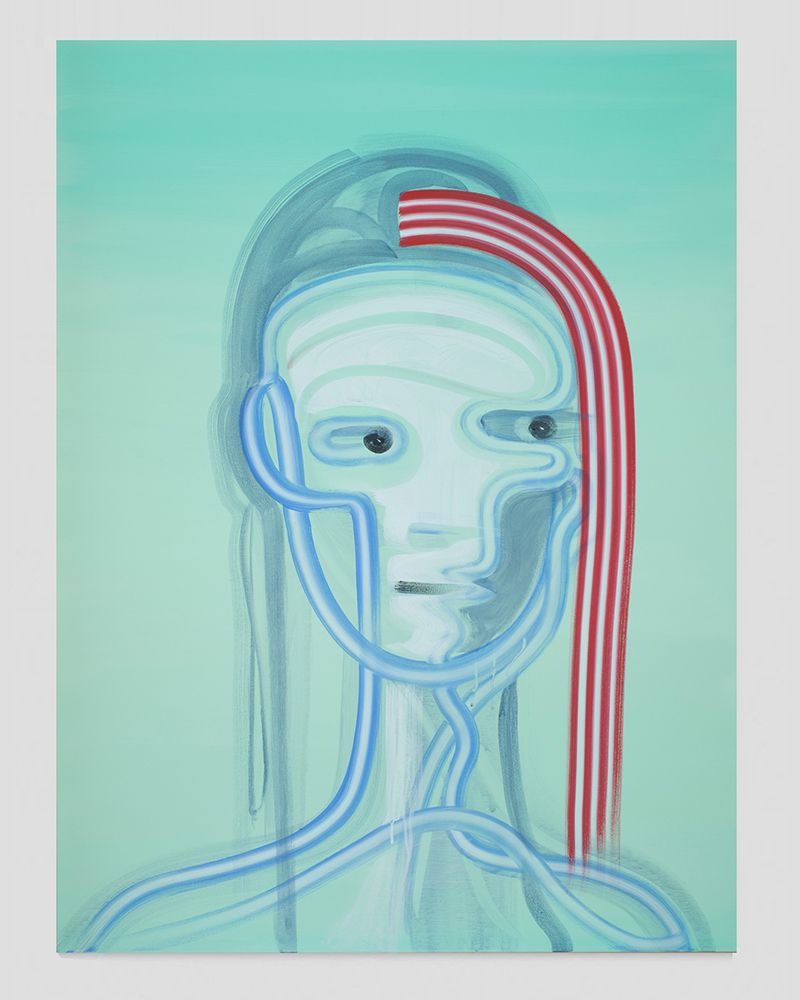 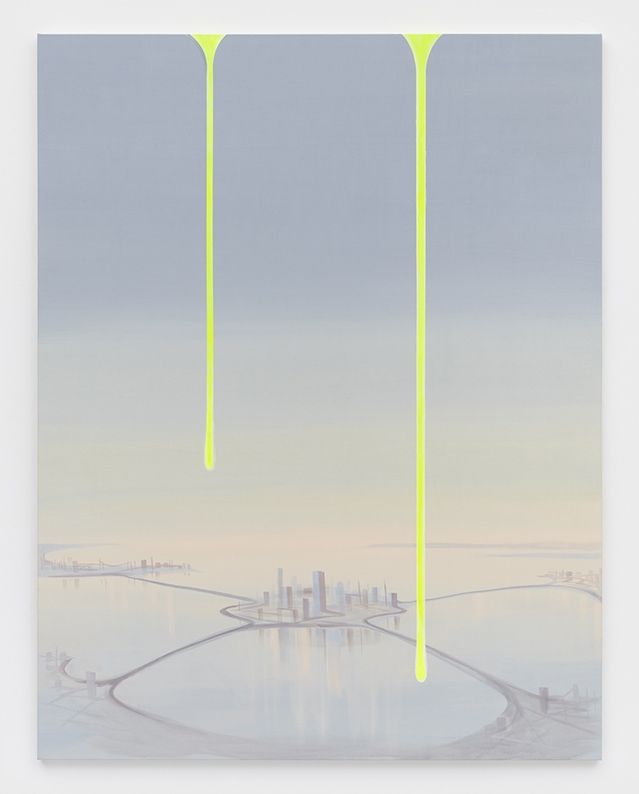 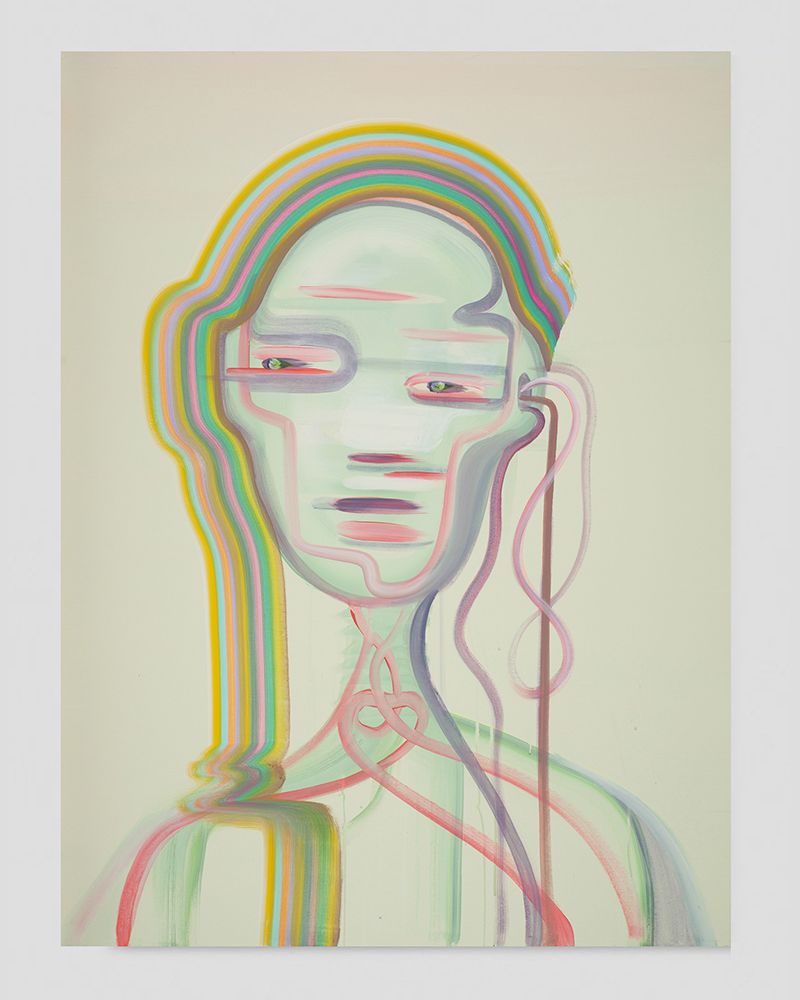