Viva arte viva is a biennial designated by artists, for artists. In the Italian pavilion ‘long live live art’ it is alive only to talk about death. The viewer is immersed into an automated analysis that touches with corporal caudicity and digs into Latin and Catholic tradition. The pavilion is governed by semi darkness that becomes its luminist signature upsetting the soul by stimulating disquiet in a mystic voyage through space.

Il mondo magico presents the works of art and research of three Italian artist: Giorgio Andreotta Calò, Roberto Cuoghi and Adelita Husni-Bey. These share a primordial fascination with the transformative power of the imagination and an eccentric curiosity towards the occult. Allusions to imagination, fantasy, and fable engender cosmologies that reinvent the world through a cognitive play generating aesthetic universes that stage situations of crisis and then resolve them through stories woven from myths, rituals, and beliefs.

Literary and philosophical references aid the artists in creating parallel universes and collective utopias. Aesthetics of the sublime transforms abysmal into pleasure. The extraordinary becomes a sensation that swipes away sentiments invoked by the harmony of the pavilion. The artist is no longer a producer of images or objects, but rather a guide, interpreter and creator of new, possible worlds. Here, ancient traditions coexist with the new global language in which reality and imagination blend into this new magic world.

The title of the exhibition is borrowed from Ernesto de Martino’s book Il Mondo Magico. Published straight after the second world war and dedicated to the study of magic as an instrument through which various cultures react to situations of crisis and the incapacity to comprehend and spread information. 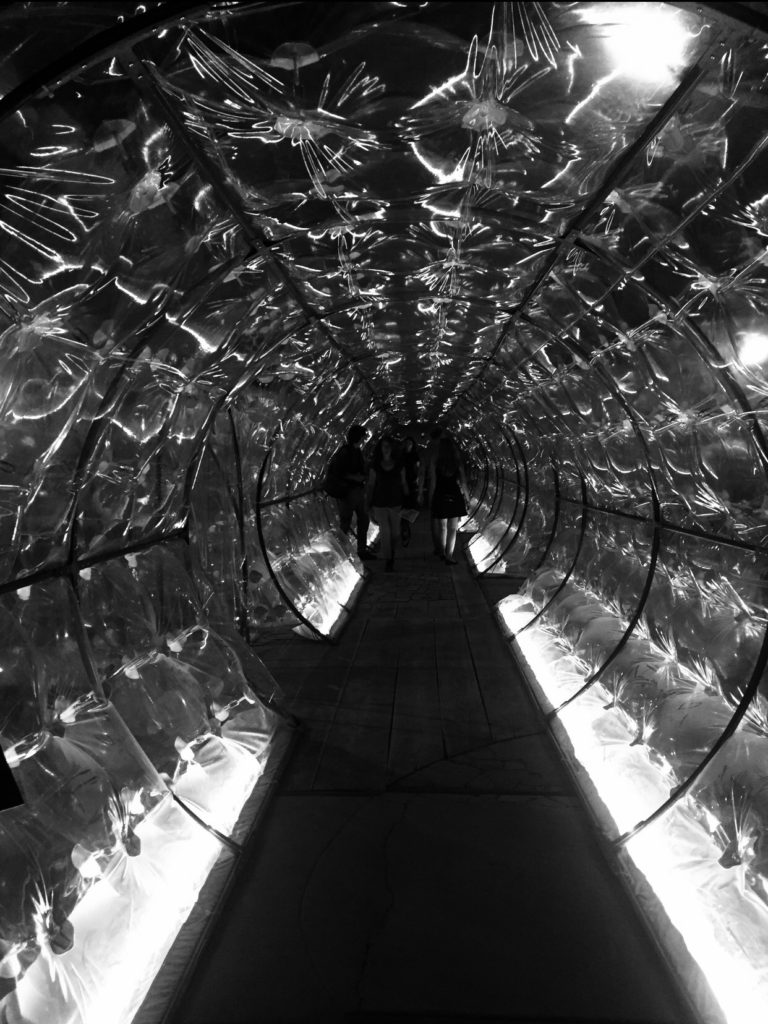 The installations of Venetian artist Giorgio Andreotta Calò create a suspended lagoon that doubles, in all its dimensions, the amplitude of the space. It creates a generative substance that acts as a distruptive force. His installations range from large scale environmental installations to imperceptible architectonic interventions that transform fragments of buildings or landscapes through natural forces and atmospheric phenomena, in particular water and fire, elements that are charged with archaic symbolism. Water, a reflecting material that appears solid and obscure, reflect a symbol of double nature. This also draws back to the book by Ernesto de Martino that describes the ancient Roman myth of the mundus Cesaris, according to which, Rome used to have a pit that led to a portal that functioned as a threshold between the two worlds; that of the underworld and the superior world connected to reality and the celestial world. Three times a year, in a ritual called mundus patet, the pit would open and the two worlds would commence a dialogue.

The work of Adelita Husni Bey- The Reading/La Seduta cristallizes the immediacy and sponteniety of kids on issues of race, gender and class, often inspired by anarchic and practical educational praxes. The magic world of anonymous teenagers busy in a sort of encounter reflects through accurate captions of narration from the youth on tarot cards to reflect on the creative and collective process in the form of role play, labs and group work. The task of an artist for Housni Bey, is that of creating situations and experiments in which the subjects that are involved; and as a consequence the viewers, can comprehend their internal connection with economic and social relationships of modern times.

The exhibition continues with Roberto Cuoghi, this project continues a poetics that explores transformative properties of materials and the fluidity of any definition of identity. The artists transforms the spaces of the pavilion into fabric of figures inspired by the medieval ascetic text Imitato Christi, that the artist interprets in the light of what the artist defines as a new technological materialism. He introduces us to an experimental process of sculpting matter reflecting on the magical power of images and the power of iconographic memory of history of art. The whole process is done is such a way as to never make it appear in the same way reflecting a dislocation that seems to reflect our present. He creates a series of sculptures composed of silicon limbs that seems to suggest a prosectic virtual fruit that echoes our personal implications in new forms of colonization. the The imitation of Christ is a voyage in an infernal plastic tunnel in search of the true face or body of the saviour after death. Metamorphosis is argued through a materialistic and technological procedure in which the viewer is undergoes the visual process of decomposition staged by freeze died corpse composed of agar-agar. He dries these bodies with natron, a salt used by the Egyptians for mummification.  The imitation of Christ that comes to shreds from this process has a terrible force that that calls viewers when hung on the wall that encloses this obitory. This piece of work allows us to analyse and contact corporal caducity. 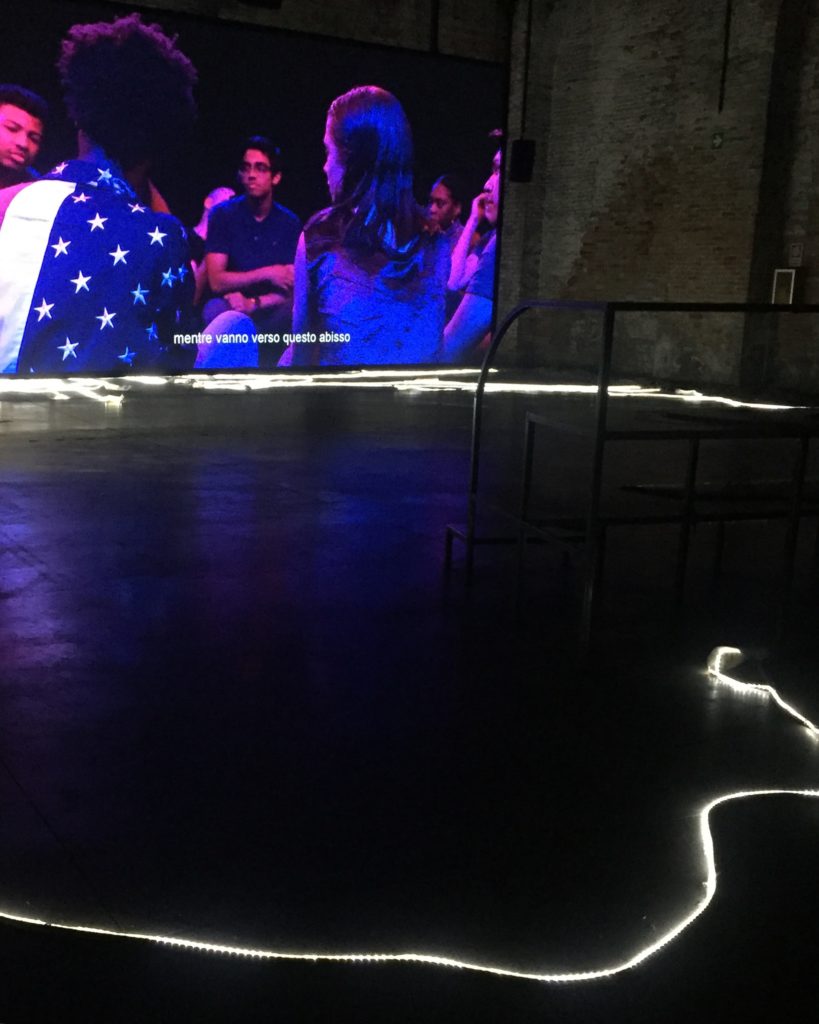 The show is a sort of homage to the spiritual and liberating power of art and artists. The three artists search for a new way to escape from the profoundity of the irrational, but a cognitive means to face and reconstruct reality. Art is the favorite realm for dreams and utopias, a catalyst for human connections that roots us both to nature and the cosmos, that elevates us to a spiritual dimension. Art is the last bastion, a garden to cultivate above and beyond trends and personal interests.