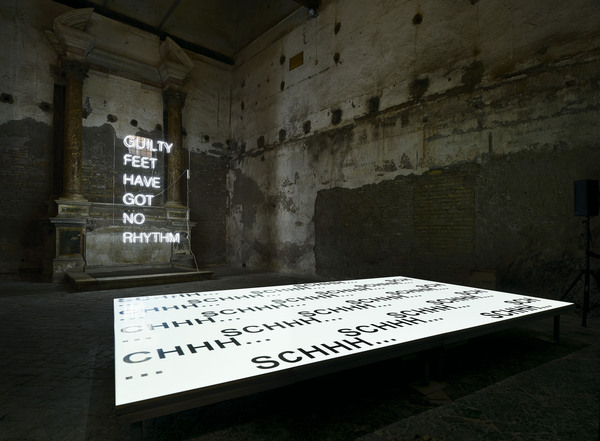 KHAPALBHATI is a yogic breathing practice and cleansing method that endorses to the spirituality of the artist’s soft core lampoon of philanthropic appearances that hurdle from Christianity to romanticism afore taking smaller steps from the beat poets to the occult. His work undresses the superficial, digging into language’s hazier, enigmatic essence. Holmqvist is a sanctuary of zeal. The exhibition divulges the cradle of the artist’s poetry, art and practice. Divided in three parts the show is composed of a wallpaper covering the portico of the deconsecrated church, a video installation and a large scale neon text. Representative of great part of his work is the disclosure through the medium of language of an underlying uncertainty, a keenness to absolute self-abnegation wherein he obliterates all purpose and meticulously reveals what he esteems in others. His stance is utterly chaste, he deems those who were eager to tackle the intimidating questions of human life with pure wonder.

He employs poetry, lyrics and text comprised mainly of phrases whose piercing flutter diverges with pokerfaced interpretations expressing meaning. The more energetic catchphrases appear to be imprisoned, corralled under the heaviness of indolence. The façade of the building is completely covered by a labyrinth of text, the format, inspired by punk’s graphic design, disclose cultural narrations. By pushing the exhibition to the street level, he is sweeping away boundaries this rule braking act is a reinvention that separates the private from the public yet it hopes to be dissident in a gentle way. This gives the viewer a sensation of intimacy but at the same time also of displacement.

Standing in fractional darkness the viewer is soothed into an eccentric inertia. The former church’s altarpiece embraces a huge, glowing neon sign:  Untitled (CARELESS WHISPER). Reading along the text GUILTY FEET HAVE GOT NO RHYTHM from a George Michael tune, one is both seduced and energized in a not so comfortable ecstasy. The word “guilty” carries a particular weight in the context of this exhibition.

The video, #FLU$$CH, decrypts and rearranges the new and expansive prospects of seeing, listening and reading. The arrangement does not have an effusively clear meaning, but rather an expressive character represented by the honest dialogue between, words, sounds and feelings. This 29 minute video attacks language, controlling and creating new logic of association outside the normative parameters of objective reality. Shindig, smooth scripts reiterate and echo expressions to disturb their original meaning. 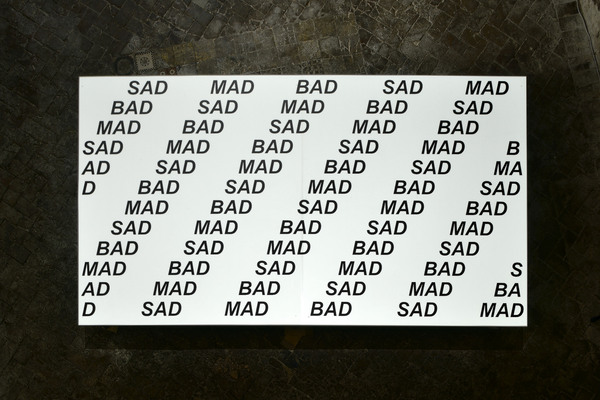 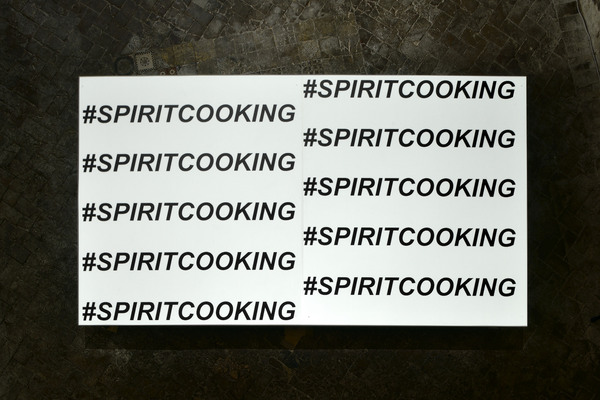 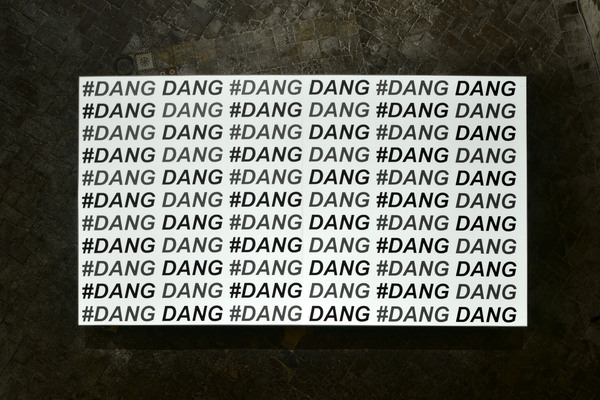