Revered as one of the most important figures in postwar German art, Hanne Darboven was a prominent force among the artists that pioneered the conceptual and minimal art movements of her time. She worked widely across artistic writing, visual art, and minimalist musical compositions, with the visualization of time marking the foundation of her practice. The conceptual artist’s spatializing of time was developed early in her career, following a two-year stay in New York in the late 1960s, in which she established her now characteristic guiding principles of serial sequences, patterns, logic, mathematic formulas, and data translated into graphic or numerical representations. In New York, Darboven developed close friendships with artist cohorts including Lawrence Weiner, Sol LeWitt, Carl André, and others, thus cementing her influence on the theoretical and aesthetic foundations of conceptual and minimal art. She continued an active artistic discourse with these fellow artists throughout her life and Petzel is especially pleased to have the opportunity to show her work in New York City once again. 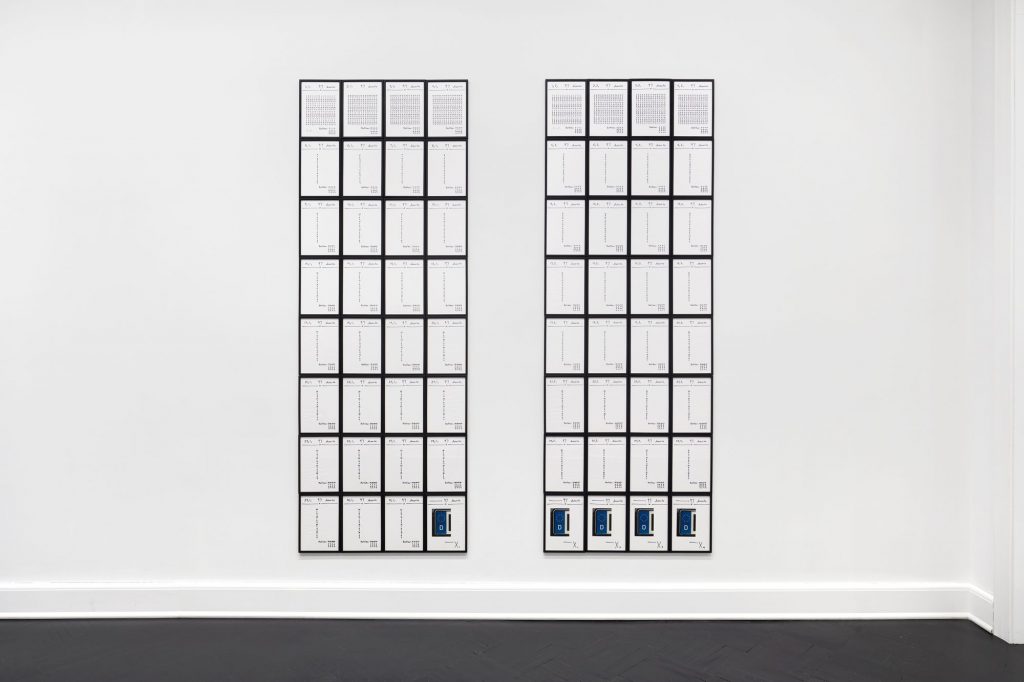 For its debut exhibition, Petzel will show Darboven’s influential work Europa 97, a collection of 384 individual pages in which the artist allocated her daily calculations for the entire year of 1997 according to a system of cross-arithmetic calculations. The work is broken into 12 blocks representative of the months, each with 32 pages. The pages that extend beyond a given month’s number of days are partly completed with collaged color photographs of the blue seal of Europe that is stamped onto license plates.

Europa 97 references the political events of 1997, which was declared the “European Year against Racism and Xenophobia” by The European Union, who had been dedicating each year since 1983 to a sociopolitical theme to be the focus of outreach work and funding programs. The declaration for the year was formed against the backdrop of the Treaty of Amsterdam which, when signed in 1997, was the first modification to the founding treaty of the European Union since established in 1992. The adjustment notably included an expansion of the legislative battle against discrimination on the basis of sex, racial or ethnic origin, religion or faith, handicap, age, or sexual orientation. The highlighted events of the year are by no means thought of as a major historical moment, but Darboven calls attention to the political processes and decisions that were imperative in setting fundamental order to the association of states and liberal-democratic concord following the formation of the E.U. A modified form of Europa 97 hangs in the lobby and press room of the German Bundestag’s CDU/CSU party. 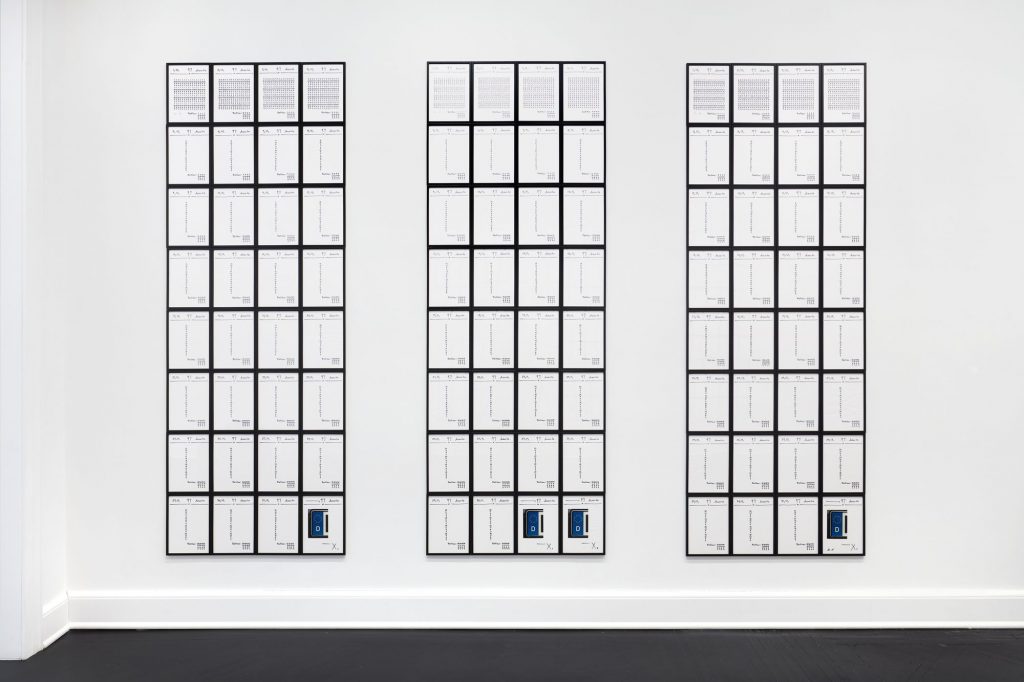 Darboven’s expansive oeuvre reflects most broadly on current events, and through a closer lens chronicles politics, anthropology, geography, philosophy, and cultural histories—paying tribute to the professionals that devoted themselves to documenting these topics. Darboven renounced artistic subjectivity and instead, like other founders of conceptualism, relied upon the viewer’s input as a meaningful and necessary contribution to the creation of the work. She generated a unique handwritten notation system representing the mechanisms of time through self-designed cross-sum calculations which translated a date on the calendar into individual digits. Through this structure, the artist explored different ways of cataloguing and measuring time and challenging the supposed truths of these devices—material she then converted into elaborate visual forms.