Gagosian Rome opened a solo show of large, color-drenched canvases by Helen Frankenthaler. Her lyrically abstract technique helped shape an influential art movement in the mid 20th century as she became one of the most admired artists of her generation. 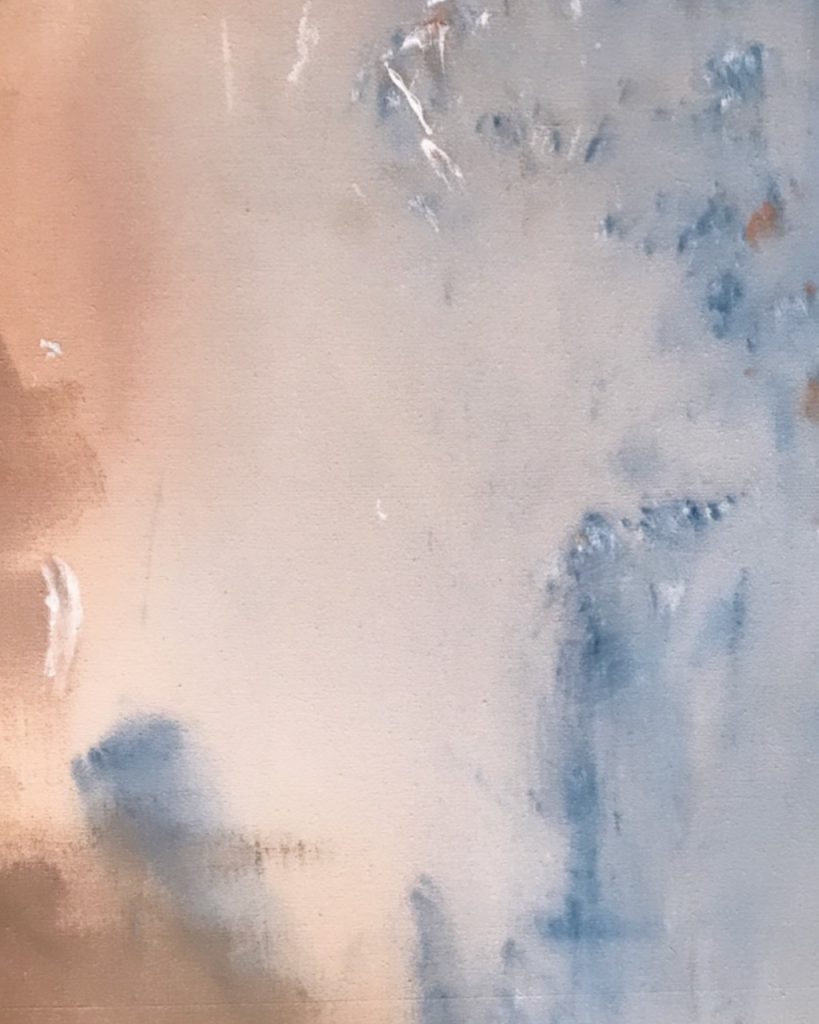 Her staining method accentuated the unbroken surface over illusory depth, bringing attention to the very nature of paint on canvas. It also brought new, open air to the painted surface releasing color from the gestural approach and romantic rhetoric of abstract expressionism. Through the oblique redirection toward nature for its own sake, she identifies herself with elemental rhythms and forces of the natural world. A partly subconscious rediscovery of nature through an indirect avenue. A heroic expression of existential ennui.
The places in which layers of paint overlap combined with turpentine halos left by thinned oil paint create marbled, hazy passages, like misty water. Her practice embodies qualities and ideals such as individual freedom, expansiveness, boldness, grand ambition, confidence, and power. Exploring a new knowledge and consciousness of a more complex inner self she creates out of her feelings penetrating in a world of mystery, an internal world. Painting is used as a  method of self-discovery.
In the summer of 1974, Frankenthaler stayed in Stamford, Connecticut in a house lulled by the waters of Long Island Sound. This marked the beginning of a meaningful wind of change in her work. The exhibition, titled Sea Change, features twelve works created between 1974 and 1983 heartily influenced by the motion of the tides and the rendezvous with the novelty of such landscapes. The works give up the soothing security of images in the world as the burden for a particular kind of freedom and with it jubilation that comes with the stamina of nature, of nature released from its moorings in specific atmospheres, the continuity of the world.
One of the first works created during this time, Ocean Drive West #1 (1974) explicitly refers to the ocean with veering parallel lines that seem to dim behind a translucent territory of blue.
In Jupiter (1976) and Reflection (1977), the brushstrokes are opaque and steep, appearing to be heading towards a light disintegration. In both these paintings, warm earth colors are in opposing the blue-water green, arousing the concurrence of earth and water.
Large scale works like Tunis II and Dream Walk Red (both 1978) evoke a harsh feeling of warmth, with tumultuous layers of dark red, pink, terra di Siena and scarlet red with dramatic antithesis and unsettling juxtapositions. In mild transition, colors blend appear in ambiguous shades, while the drips of color tearing through the white ground conveying certain violence.
In Omen (1980), Shippan Point: Twilight (1980) and Feather (1976) colors are turbulent and stormy. In Omen the vibrant yellow ground is authoritative and outrageous, exporting raw earth tones- brown and orange blemishes and generous horizontal fodders of blue, green or gray layered on top of it. Sacrifice Decision (1981) or Eastern Light (1982) is composed of fragile, transparent tints. The ephemeralness and the fugitiveness of many of her images disclose the delight in picturing life’s pleasures while acknowledging their transitoriness. Tumbleweed (1982) has a black echo at the center of the composition constituting peculiar elements of geometric abstraction, the canvas is mostly covered in thin, horizontal washes of color. Some layers are deep, ghastly instants of color that are hardly found in nature- while others are primarily greens, blues, and grays- organic tones evocative of fluidity and rivers.
In all, it presents a lyric, washy, composite of fluid spontaneities emphasizing the fragility of color that is fastidiously feminine. It carries allusions to a paradise of youth, beauty and joy, a sensual declaration. No matter how abstract her paintings appear they never lose their hereditary connections to the world of nature and its manifestation. She exploits nature’s dual property of being sublime as well as beautiful. 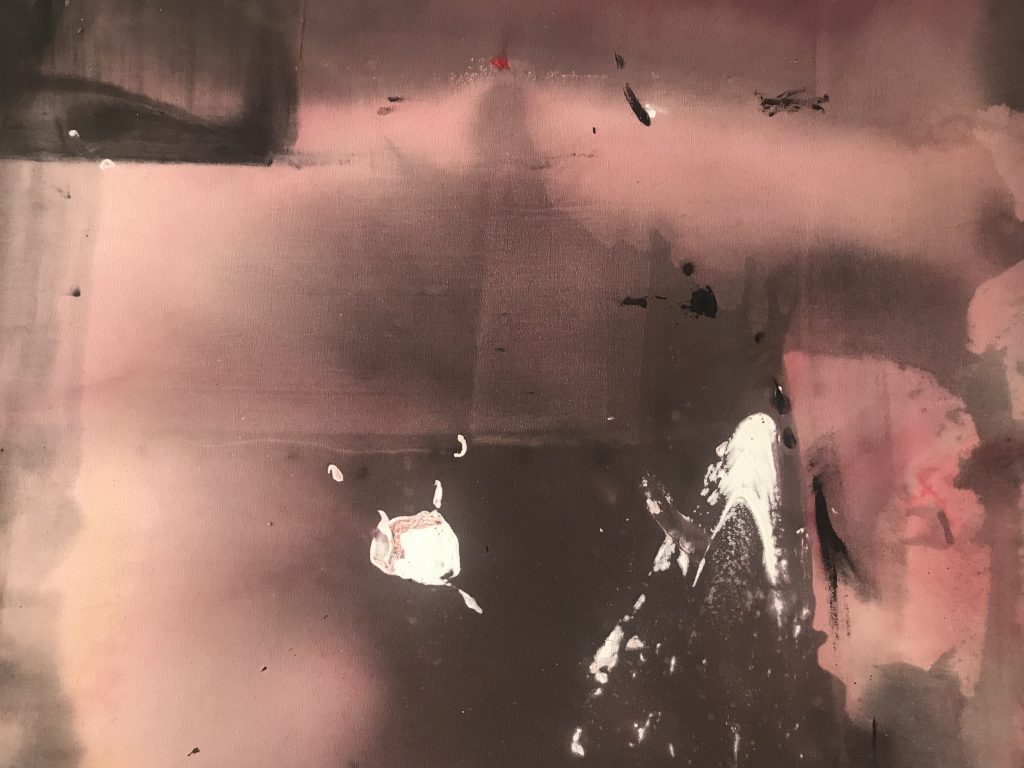 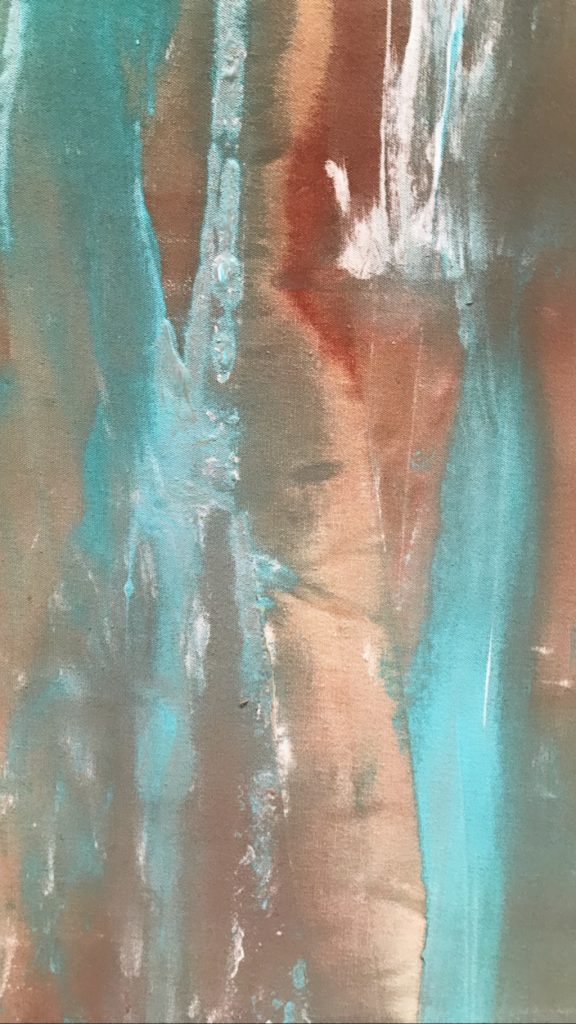 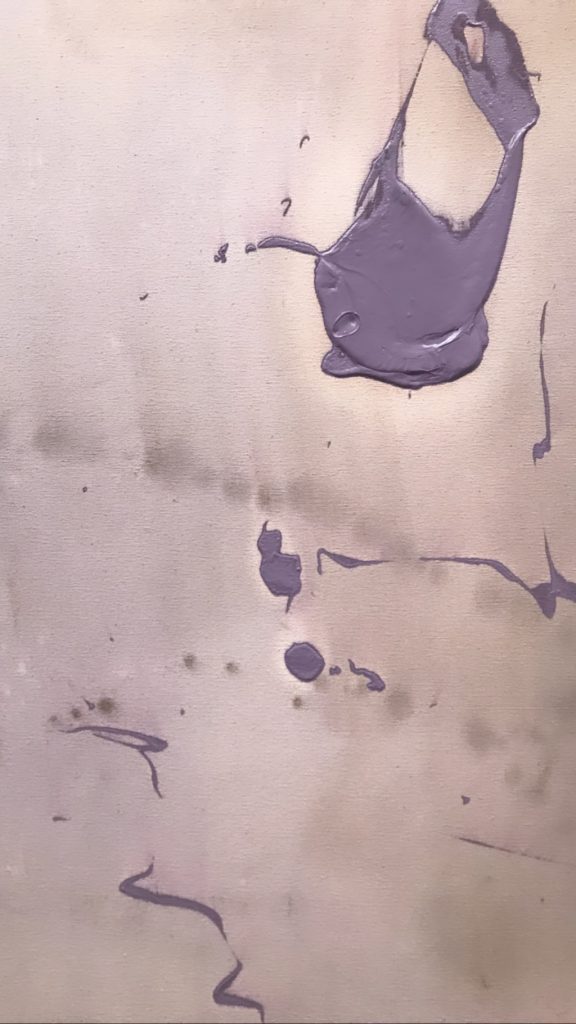 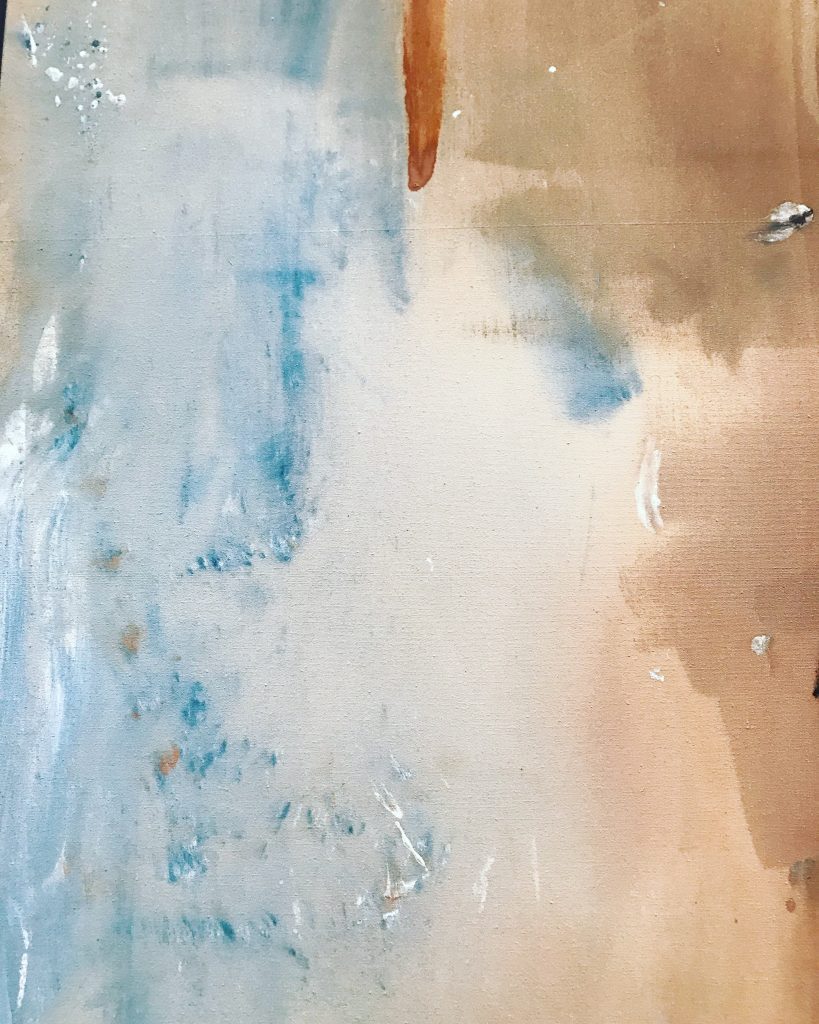