The Art of Chase is known for his quirky and humorous paintings that create disruption in our day to day lives. After moving to Los Angeles from Belgium in the 1990s he began his foray into the street art world on a large scale, seeing a raw city open to creation, offering a new mode of communication through imagery and quirky text. His determination, fueled by his mantra “where there’s a wall, there’s a way,” has given rise to international opportunities and over 350 murals worldwide. The psychedelic, graphic, and positive aesthetic of his work add to the urban landscape, but also seek to create a dialogue between city inhabitants and within ourselves. 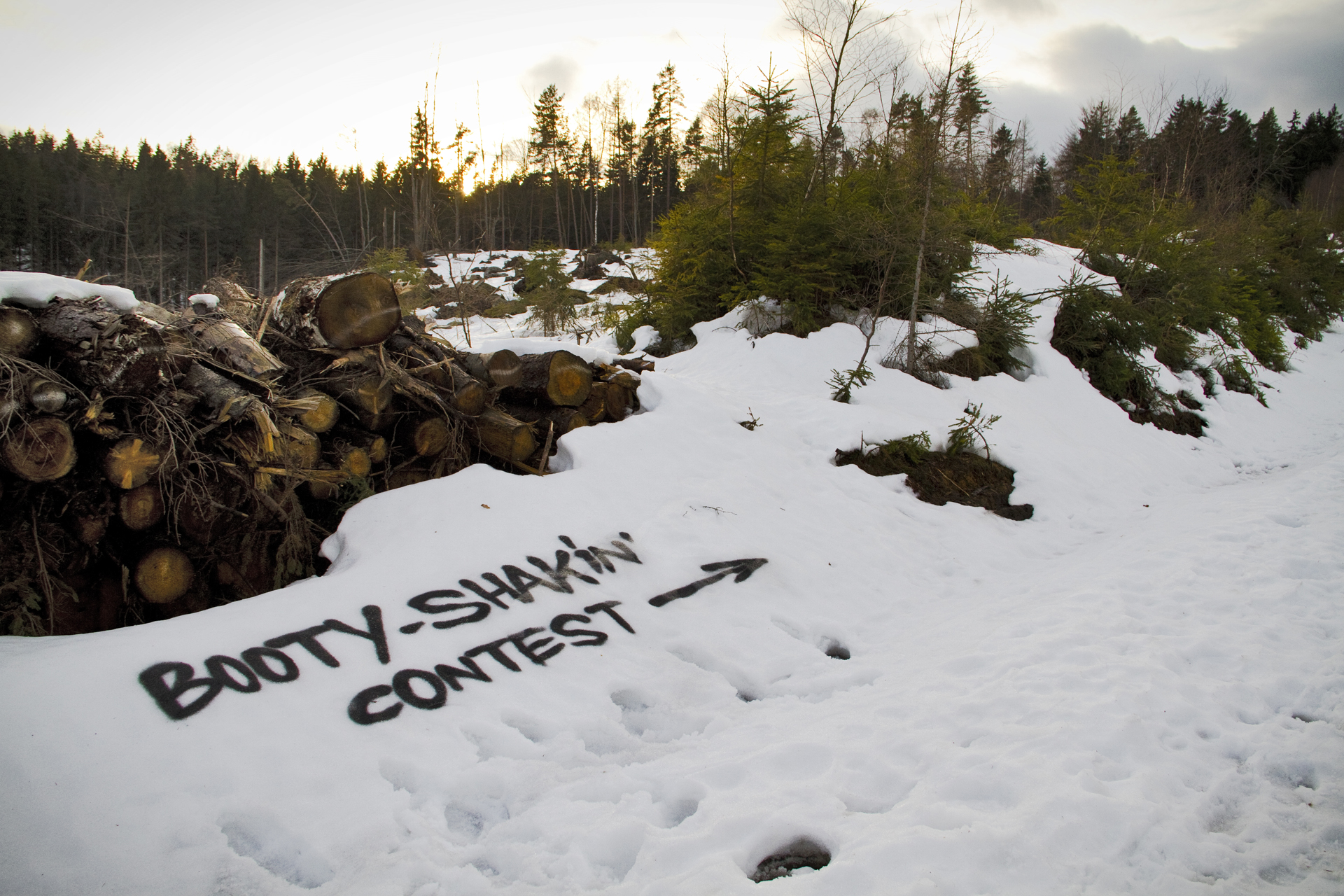 “Whenever I travel, I like to leave something behind in the form of a painting in the city that I visit. Normally, it’s always walls because I love to paint walls and that’s what my focus has been for the last 20 years. A good size wall in a high traffic area is usually the goal. But back when the University of Wisconsin-at-Stevens-Point invited me to give a talk and a workshop to their design students back in 2009, it was the middle of winter. A Wisconsin winter- and those kinds of winters mean lots of snow and freezing temperatures which make it impossible to paint and do quality work outdoors. There was, however, paint provided for me so as we were driving around I kept noticing how the fresh snow looked like blank canvas draped over whatever was underneath. Some areas – like the K-Mart parking lot – had snow shoveled together into little hills to make way for parts of the street to be salted. I think that was the first snow tag I did. ‘Free Snow – Bring Shovel’ . I figured that I could tag whatever I wanted anywhere I wanted since the state of the snow was temporary anyways, it would either get covered by new snowfall or it would melt away. In any case, it wouldn’t be that big of a deal if I tagged it a little. No one would get upset. I had a couple of cans of black and some fat caps and just improvised some funny shit- whatever came to mind. Now, whenever I travel to winter destinations, I can still leave something behind no matter how short-lived.” 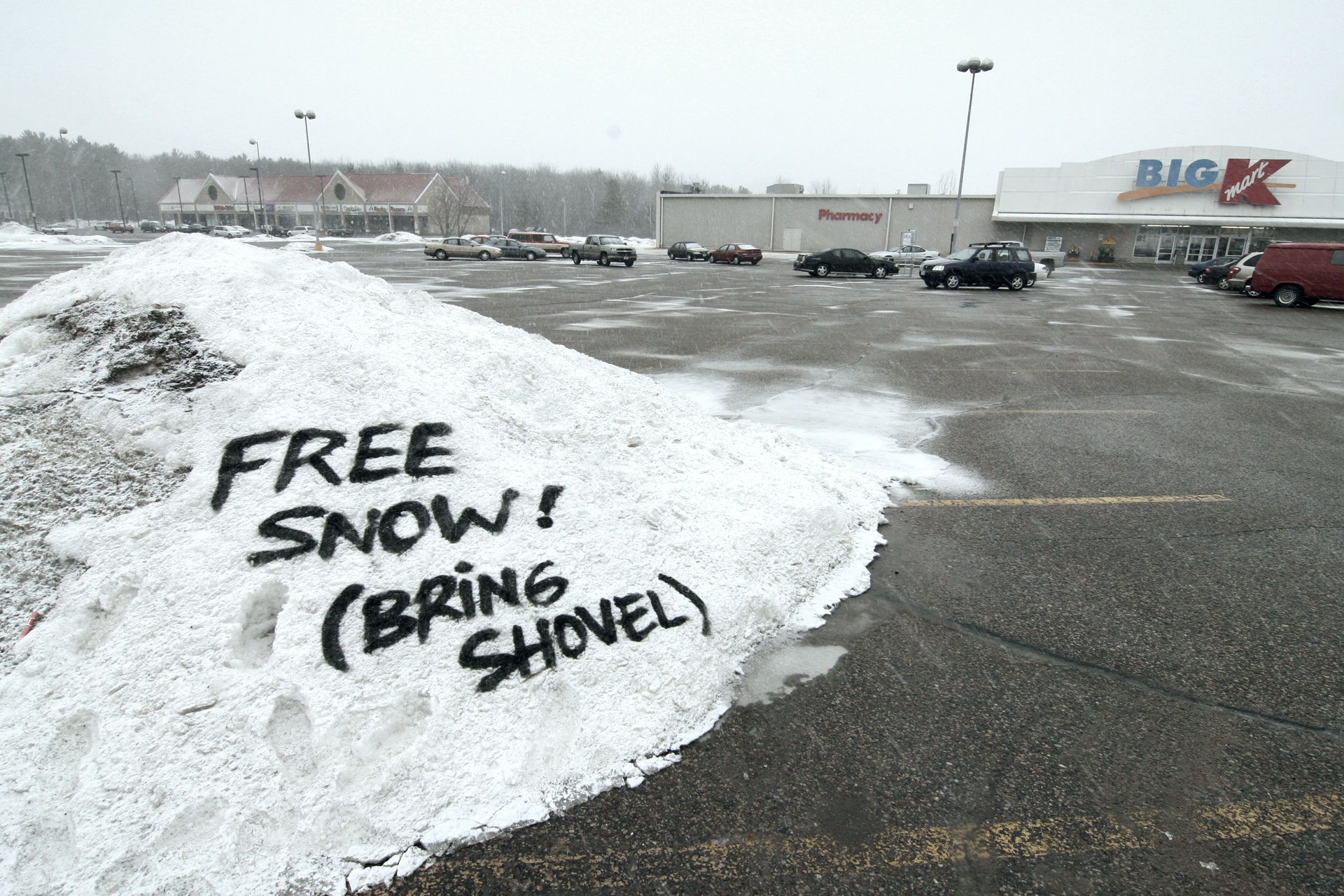 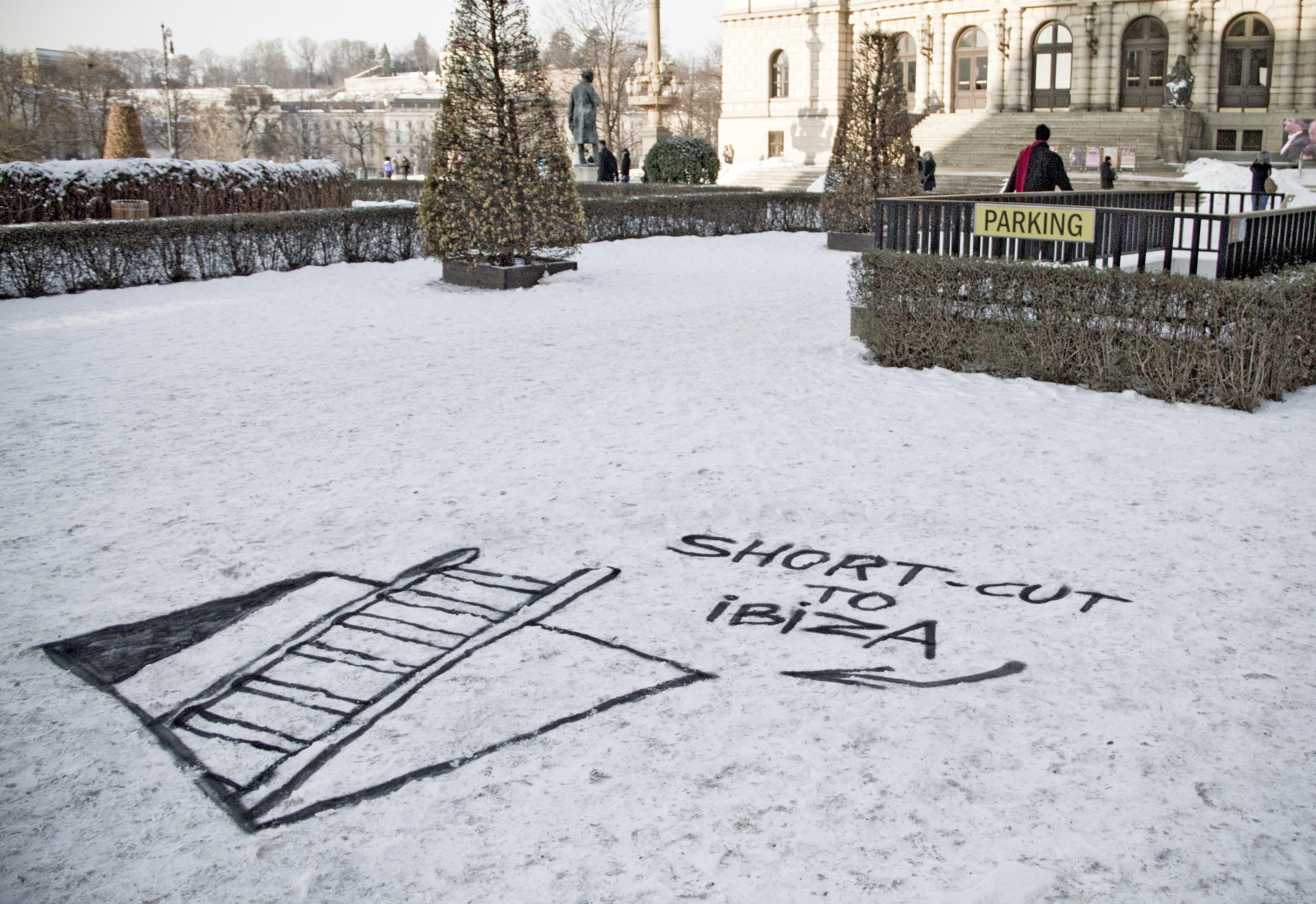 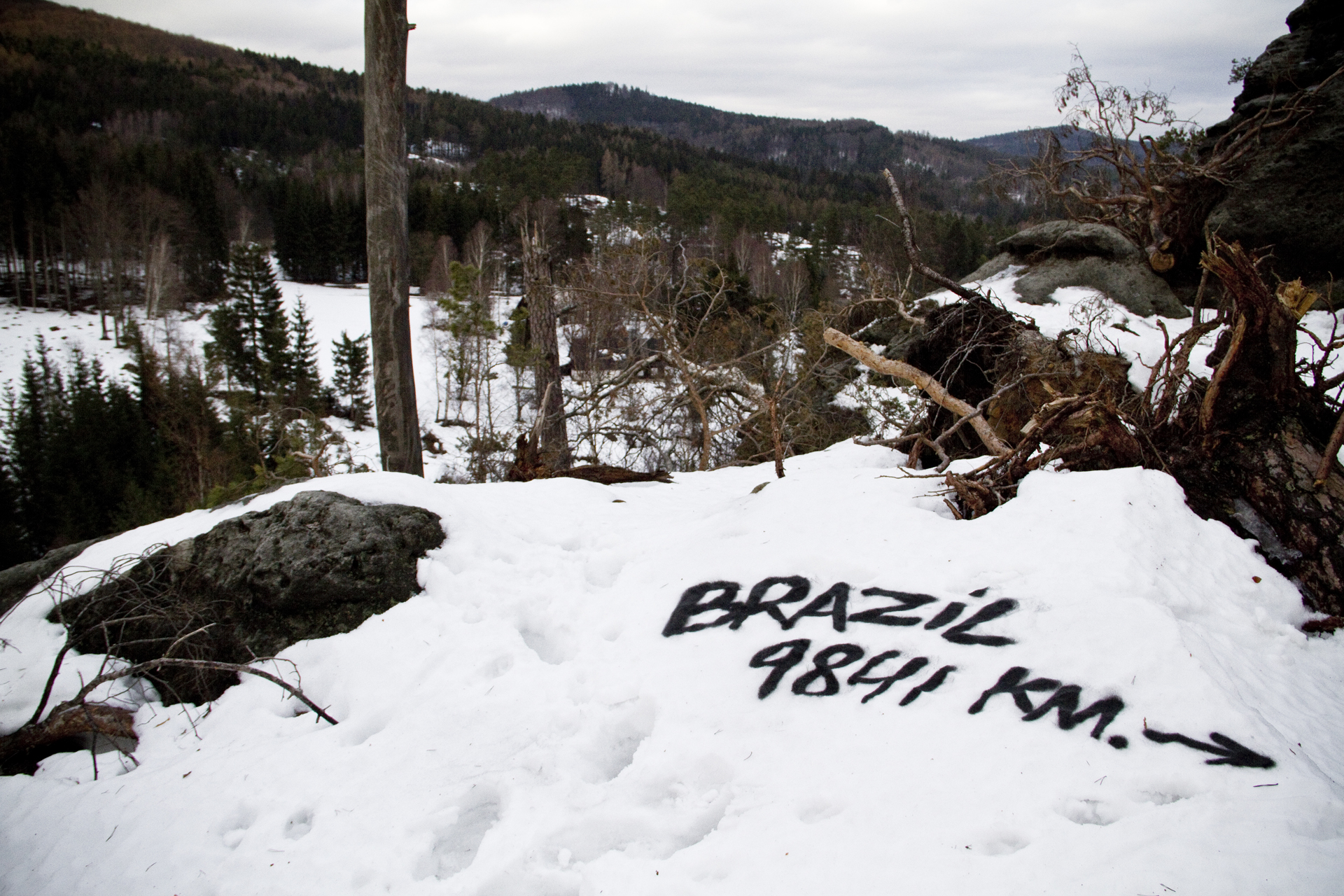 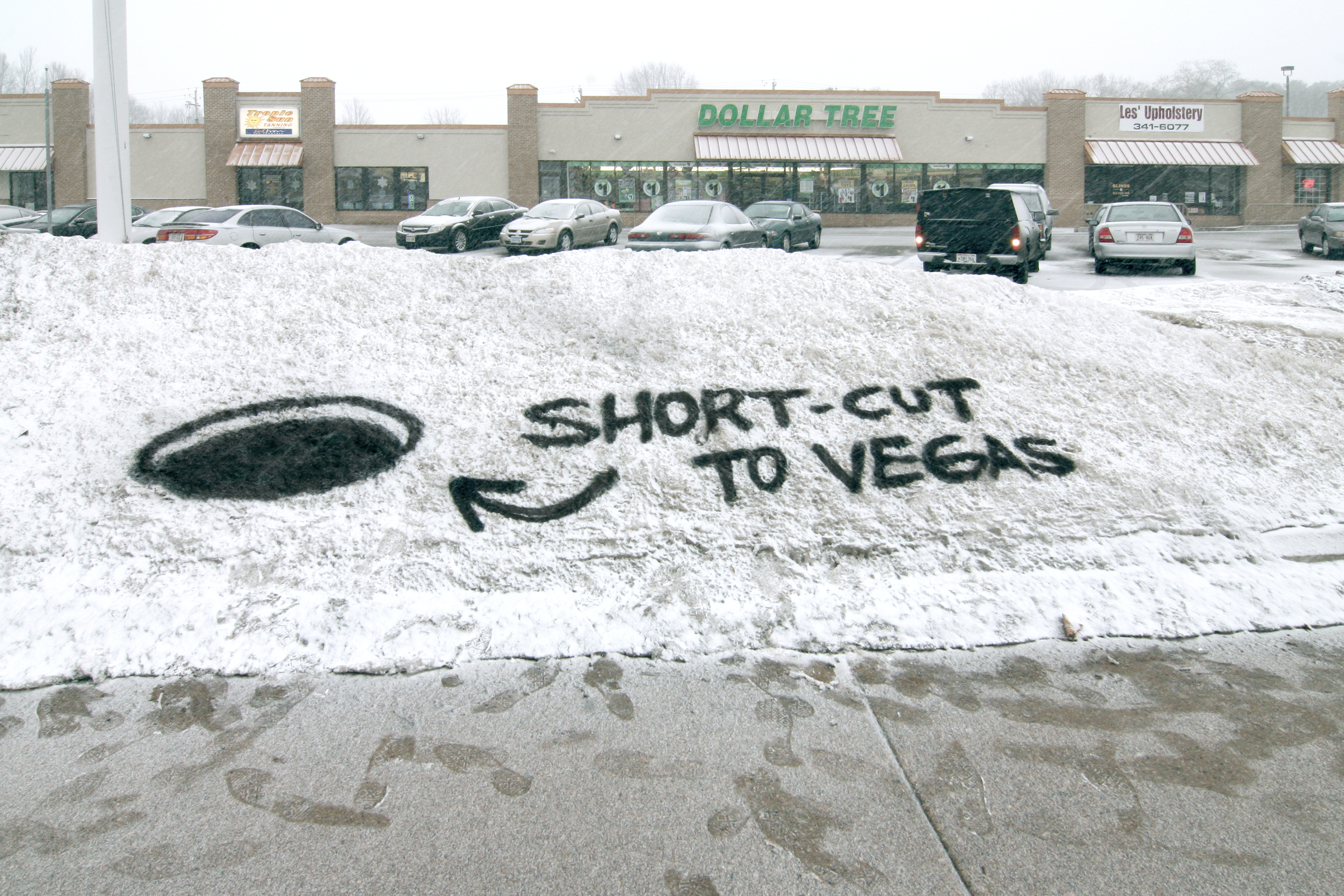 Pics include tags in:
Prague City Center
The Czech Country Side
Wisconsin
Colorado