“Some of my work utilizes new technologies as a medium for art, such as my digital poetry app ABRA. ABRA is a playful project where anyone with an iOs device can make poems on their iPhone or iPad. It’s a “living text” that the reader inputs their own language and emojis into, and it’s always mutating in a way that an analogue poetry book could not.  Other projects of mine take a critical look at the ways in which new technologies are shaping our lives in big ways, such as my performance project UNFRIEND ME NOW, which explores how the 2016 US presidential election was influenced by social media rage and clickbait.

Still, other projects use new technologies both as artistic mediums with their own unique range of aesthetic possibilities, in addition to being cultural phenomena worth critically examining. For example, my performance Hello Selfie, in which a group of performers took selfies for an hour straight, took place simultaneously in real life and online on a Facebook wall. People could follow the performance in one or both spaces. The project explores how selfie culture has caused us to become more aware of women’s objectification. It also explores the performance of gender. ” 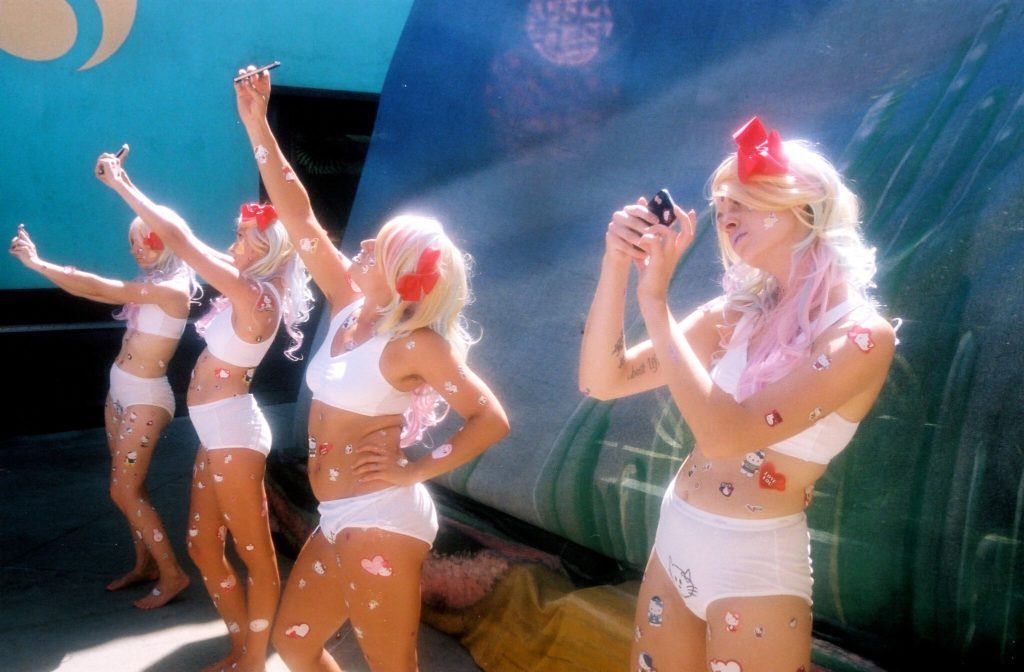 In another artwork of mine, a YouTube video called The Supreme Gentleman, I re-enacted Isla Vista shooter Elliot Rodger’s final YouTube address. He (very likely) suffered narcissistic personality disorder, and was deeply misogynist, a reflection of the culture we live in. He frequented anti Pick Up Artist forums online, spaces that are virulently misogynist. And he posted his angry rants on YouTube. He felt entitled to women, and because he could not have them, he shot and killed them. This might seem an easy connection to make, but I think because we are so used to violent rhetoric online, sometimes we don’t correlate it to real life violence. And of course, the Internet has provided easy means for hateful groupthink to spread. 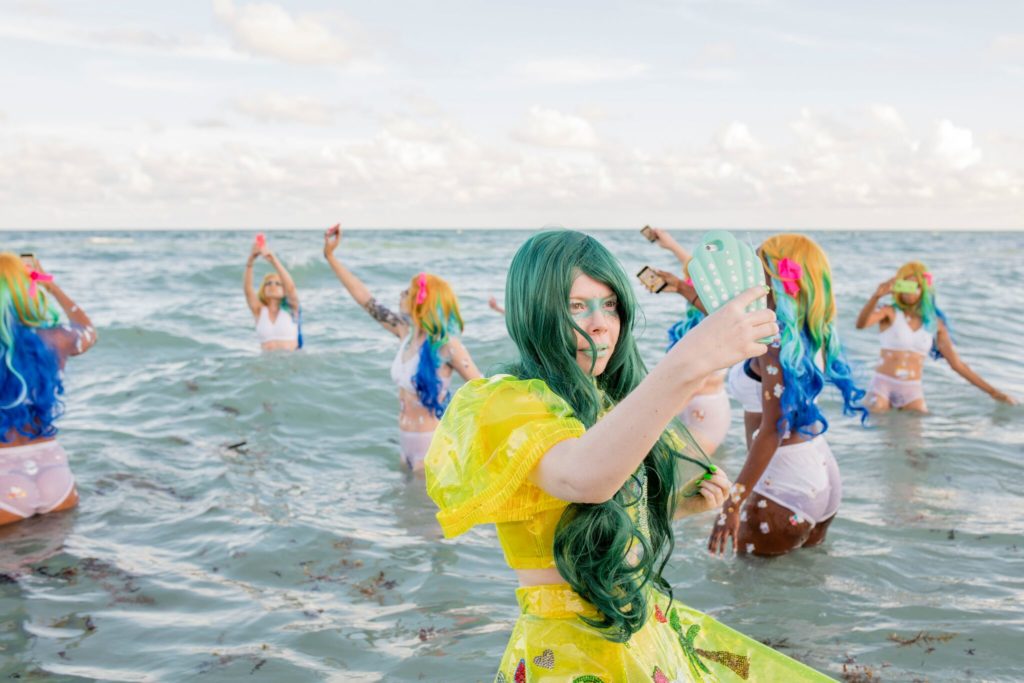 But I was an English major, and in one of my English classes, I was assigned Marge Piercy’s Barbie Doll and Bonsai Tree poems, and Sylvia Plath’s poetry. Reading those poems I experience deep recognition of my life experience, and I was angry that no one had ever shown me anything like that before. I wanted to know more so I started a feminist club on campus, and begin educating myself through all the classic feminist texts, such as bell hooks, etc. Then I helped educate others. 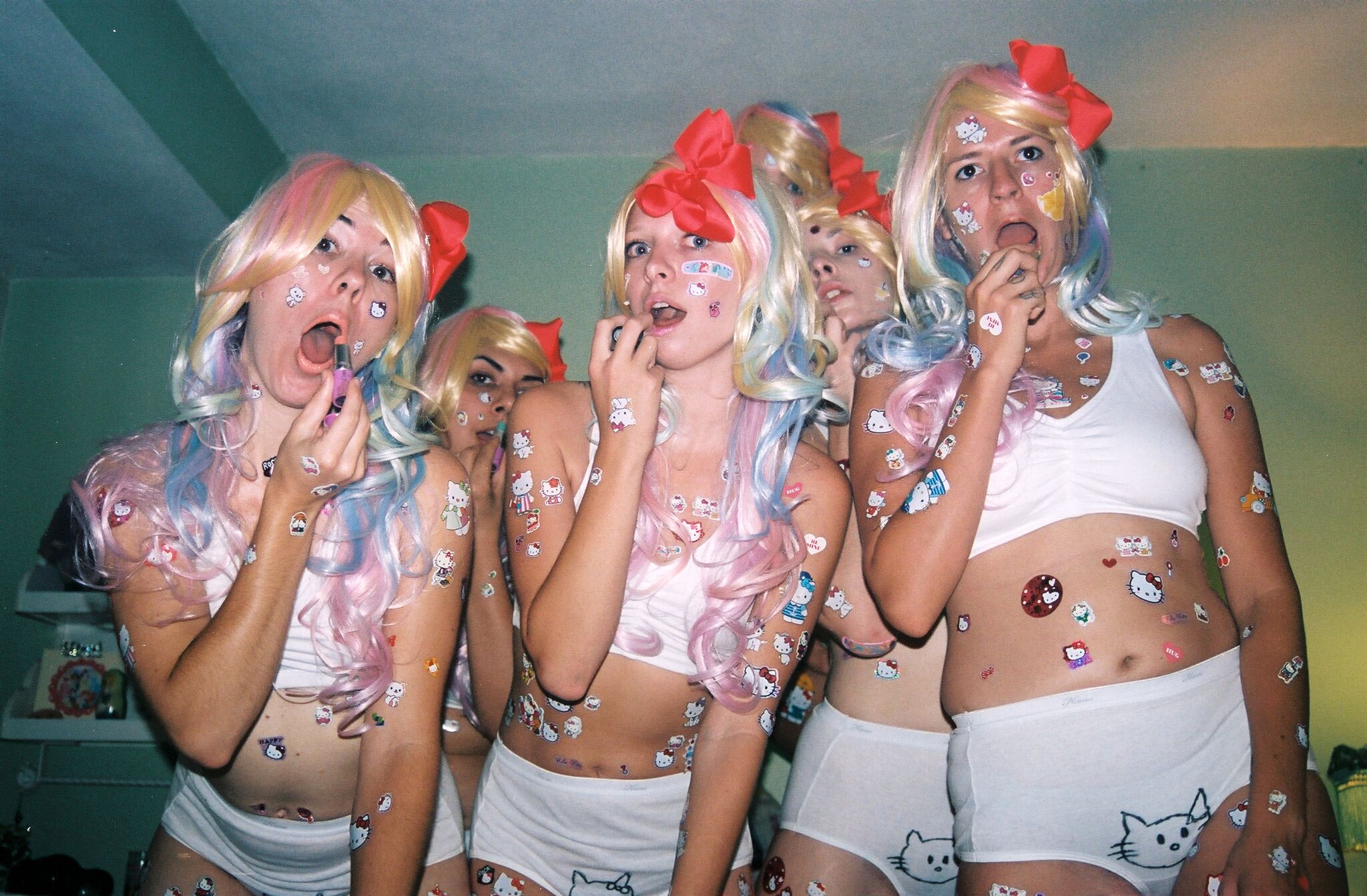 “I did a performance with men in Australia which explored the masculine selfie. I like to say Hello Selfie Men is about “the male gaze finally gazing back on itself.”

I am interested in how masculinity and the selfie are mostly seen as antithetical, how it’s not seen as a masculine thing to do. This relates to how women are seen as objects in the dominant culture, but men are not objectified to the same extent. The men in the performance had to make themselves vulnerable by taking off their shirts and taking selfies in a public space, together. They got made fun of by the audience at times, and it was hard for some of them to make themselves into objects. I had a harder time finding performers for Hello Selfie Men. I think this is because women are used to being objectified and thinking of themselves as objects.

Women as Objects is a project that finds a place for emotions, how do you think this empowers young girls to achieve the awareness of being seen as sexual objects in a patriarchal culture?

Women as Objects is a curatorial project where I archived the work of teen girls on Tumblr from 2011-2013 (http://womenasobjects.tumblr.com). Their work expressed ambivalence about growing up online and living in a culture that objectifies them. One of the things I was impressed by was how they used digital artwork and image appropriation to comment on their objectification and to subvert it. Their work also tackled difficult emotions. I think some of their work is empowering, but overall it is more ambivalent than that. 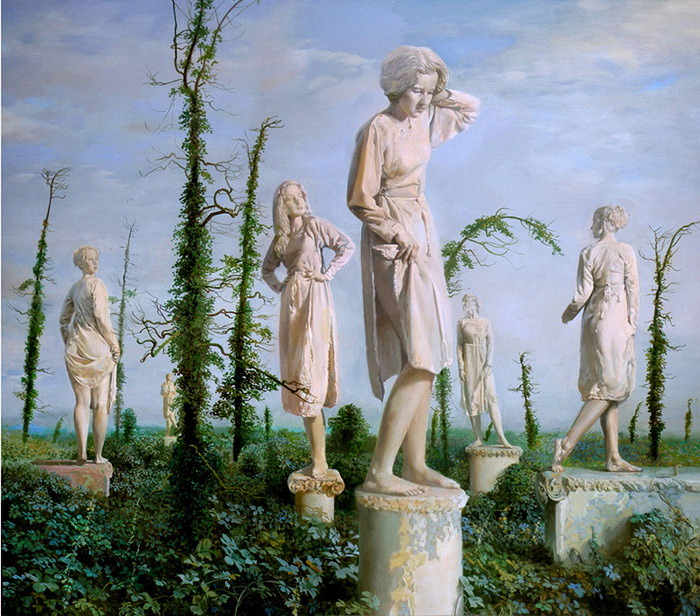