POETRY ON THE WALL

It must have happened to all to hear that poetry is dead. The rage that can derive from such statement is that of a stubborn opposition towards the mortification of letteratura that true enthusiasts experiment living in a time in which time in which there is no time for anything rather than to produce, produce, produce or alternatively, waste time.

Today poetry does not possess, in the vulgarity of our contemporary society, the role that should be designated for it. It is not because such is not a carrier of the capacities of communicating and rousing emotions, sentiments and fantasies; rather, because albeit it continues to be written, it is not being read, favoring low and empty entertainment to noble and laborious exercises of soul and thought.

This is the case for the MeP- Movement for the emancipation of poetry, an Italian artistic movement founded in Florence in 2010 by an anonymous group of poets that pursue the objective to “newly instill in people the interest and respect for poetry intended in its differing forms” (quoting the statute of the movement) and “intends to pursue its goal taking advantage of all channel that is considered adequate maintaining respect for any art form firm.” The movement has grown incrementally and is now spread throughout the entire peninsula. The exponents always act in an anonymous manner so as to put poetry in the foreground, rather than the single poets.

“The MeP proposes to give poetry the hegemonic role that competes within other forms of art and it promises not to leave poetry wit the exclusive prerogative of a restricted elite bringing it back to people, to the streets, in the squares”. 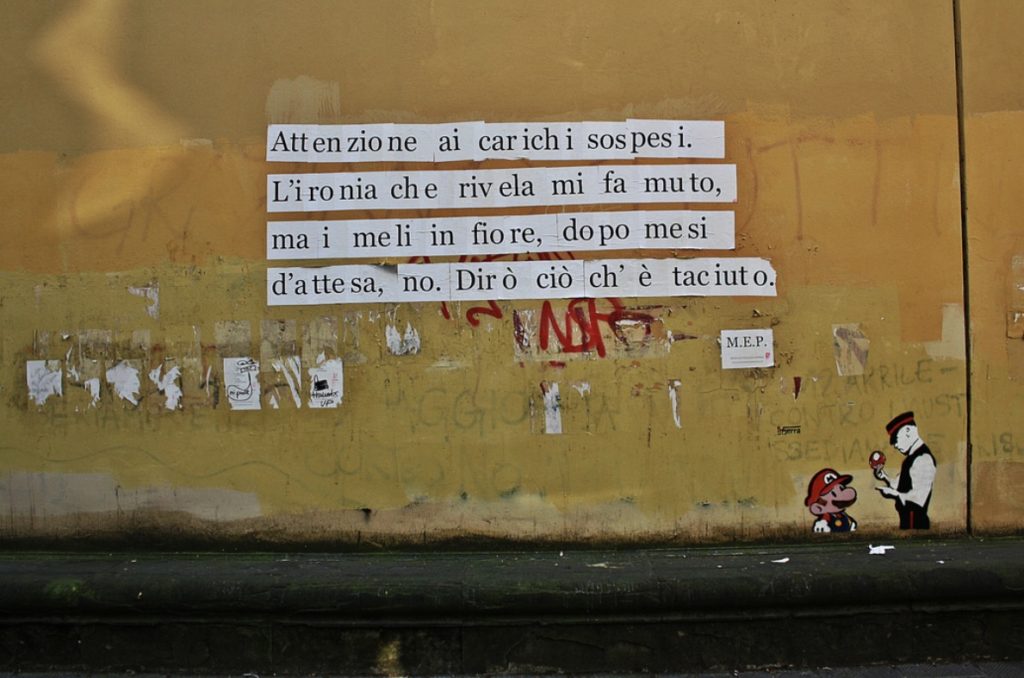 These young creatives certainly believe in it.

Concrete actions endured by the Movement for the Emancipation of poetry are various. Amongst many the privileged, is the billposting of poems on the walls of cities, in the centers and and in the suburbs. Adding to this, they practice the distribution pamphlets, the diffusion of poetry on the web using the principal channels of informatic divulgation, the effectuation of interviews for radio and television channels, the realization of articles for newspaper columns, the publication of poems of magazines, the registration of readings and the diffusion of these through the internet, radio and the collaboration with theatrical companies, musicians, graphics, photographers and street artists. They expose their texts in places that offer a space, the clandestine insertion of poems in books that are sold in bookstores or borrowed from  libraries.

After all art has never had an esali life, but when does it die? When critics stop appreciating it? Or is it negligence? Museums? Painting? Art is expression of maximum beauty and of what is beautiful, what is likable requires labor; it is not a common activity, it is not a spontaneous activity and who comes from the beautiful country, one that is rich in art like ours, knows this well.

At the heart of the problem is the lack of wonder, the insufficient interest caused by consumers. Art cannot be produced or forced, its results would be mediocre. Art is not merchandise, but heritage of a knowledge that is intrinsic to human beings.

No, poetry is not dead. Beauty never dies. 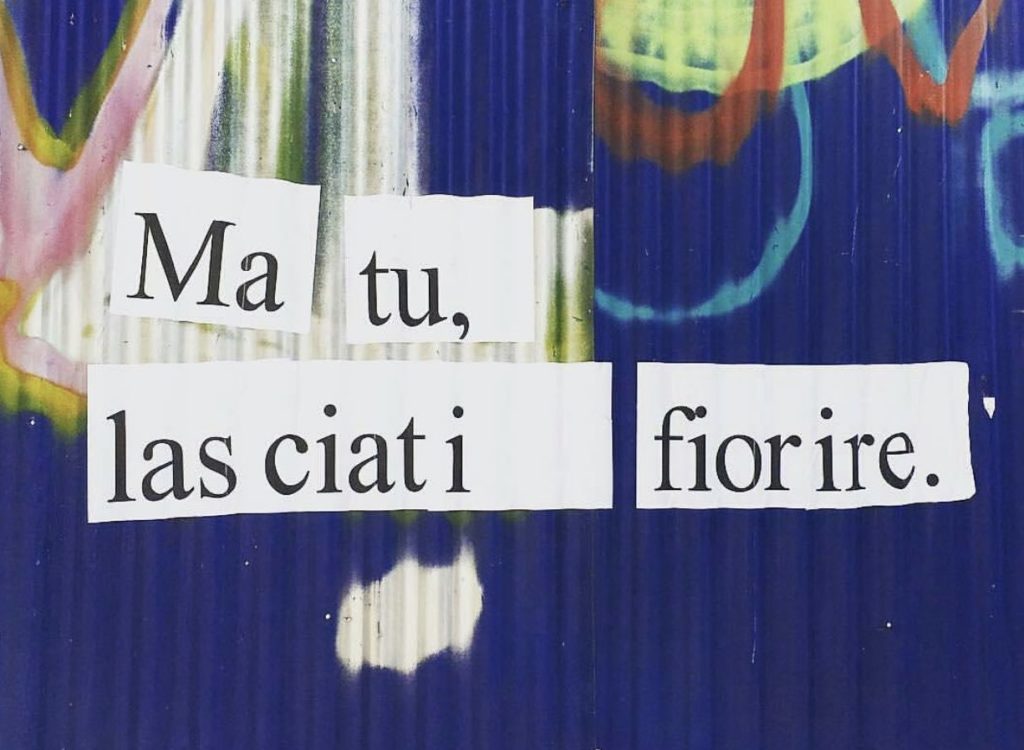