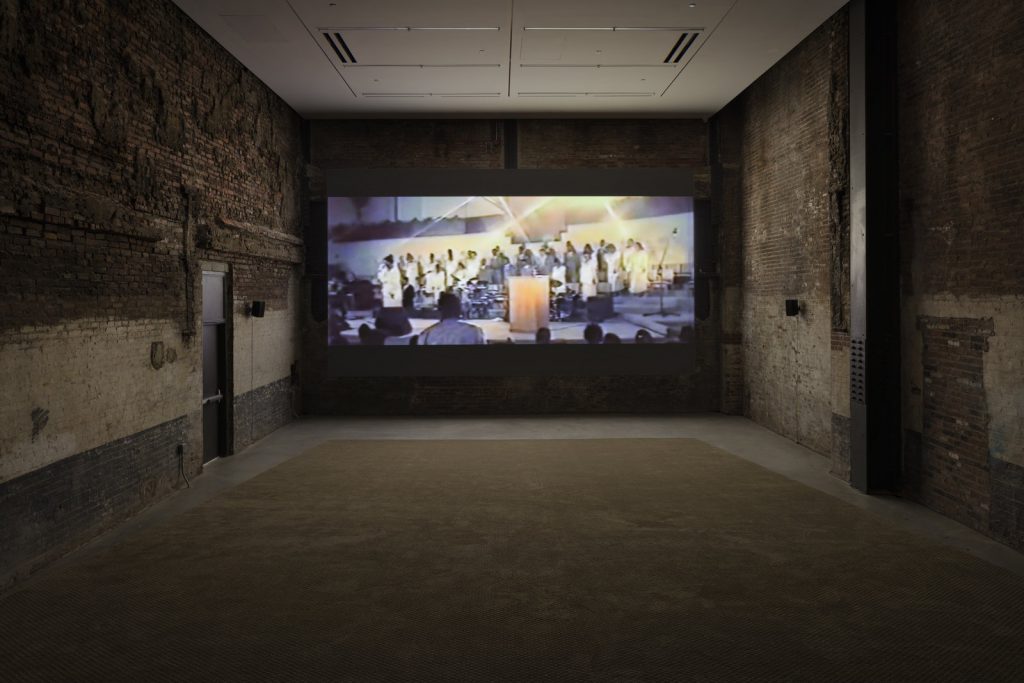 It’s not a video exhibition per se, but it does feature a video work that deserves to be on this list. Titled akingdoncomethas (2018), Arthur Jafa’s (b. 1960) new piece is a compilation of various Black Christian worship ceremonies, tropes and rituals. A gripping tapestry of intense energy, the piece captures the cathartic forms of worship and spirit achievable only through uninhibited Black performance. The reels of found footage capture a level of unified emotion among hundreds of church and concert goers unlikely to be found in a different community. Some scenes—particularly those from BMI’s Gospel Music Awards—are powerful enough to move viewers to tears.
Akingdoncomethas is part of Air Above Mountains, Unknown Pleasures, Jafa’s three-floor solo exhibit which explores ontological Blacknuss*. This is the artist’s first solo exhibition in New York since 2000, and he has yet to announce any upcoming projects. 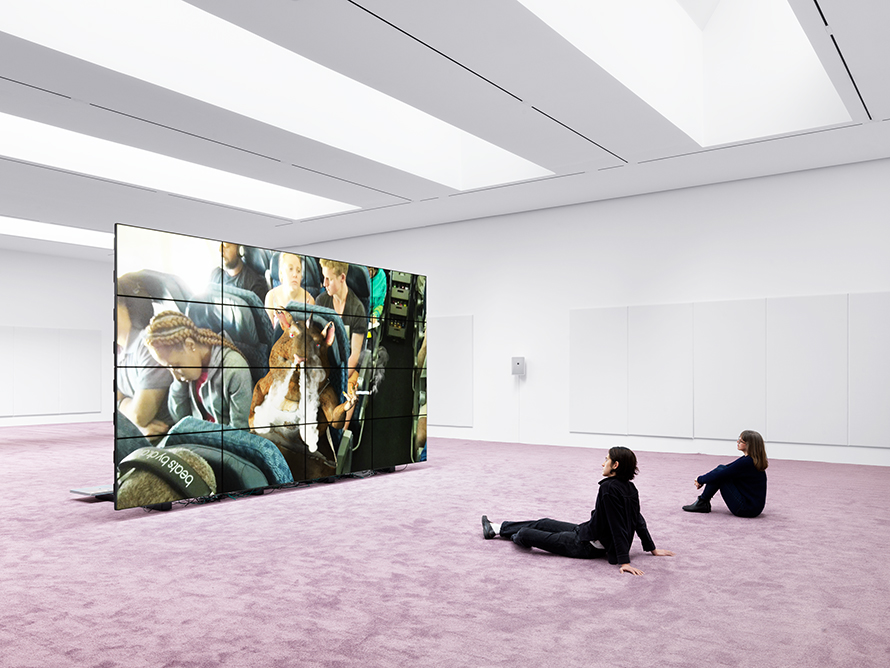 Jordan Wolfson became somewhat infamous for Real violence, his controversial VR piece at the 2017 Whitney Biennial which depicts the artist beating a man repeatedly with a baseball bat. A problem with a medium like VR, Wolfson tells ARTNEWS, is that “through its nature, people call it an experience…An experience means that something is hypothetically interactive.” Of the believe that interactive things don’t make for good art, Wolfson has returned to his usual medium of video for Riverboat song (2017-18) at David Zwirner. The sixteen-channel video installation combines computer-animated vignettes and found clips with pop soundtracks and a monologue voiced by the artist. Continuing Wolfson’s penchant for the absurd, the piece is cheeky at times, over-the-top at others, and disturbingly entertaining throughout. As with the artist’s previous works, Riverboat song challenges the viewer to become a responsible and reflective witness, as opposed to the passive voyeur. Not in New York? You can catch Wolfson’s Colored Sculpture (2016) at Tate Modern until August 26, 2018. 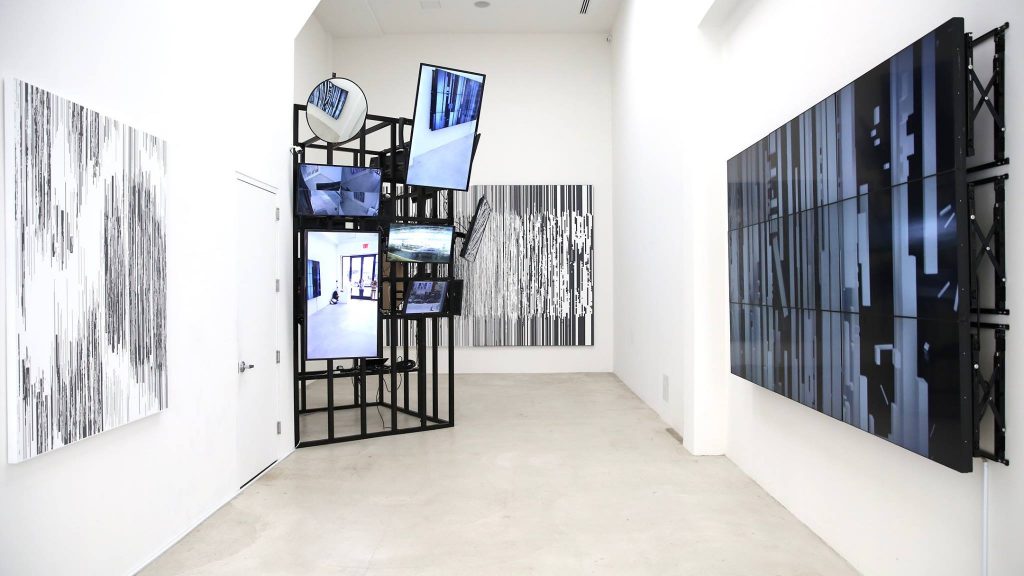 Trajectory (2018) is not your typical video installation; Korean artist J. PARK has built his practice around the effects of omnipresent technology on society. The focus of Trajectory is the issue of surveillance in the digital age; the centerpiece of the exhibit is an industrial complex of various monitors, each projecting anonymous closed-circuit television footage. Gallery visitors see themselves on screens, but cannot determine where the cameras are placed. There is also footage from the street outside of the gallery, making visitors aware that they were filmed without consent before entering. Originally a service intended to protect the public by monitoring crime, CCTV has transformed into a tool that arguably violates one’s basic right to privacy. Also included in the exhibit are paintings from the Maze of Onlookers series (2016), which use pixelated imagery to reflect the passive reaction of viewers, and our tendency to overlook digital exploitation because of its seemingly distant effects. The inclination of visitors to photograph themselves in the screens only reinforces this widespread apathy towards constant surveillance.