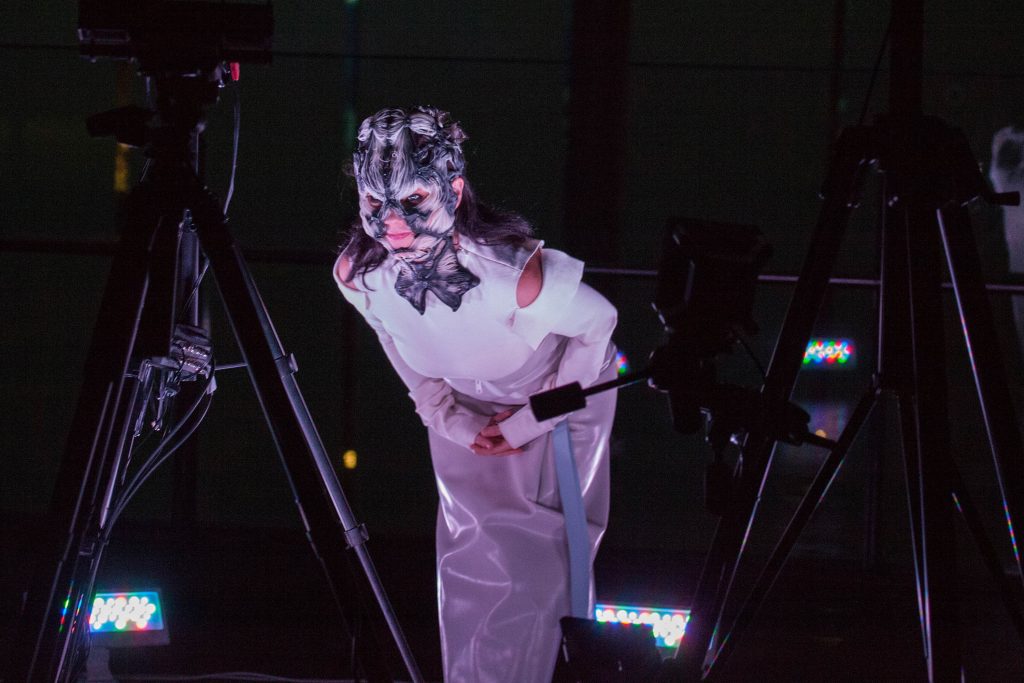 Vulnicura VR  started when Björk and Andy Thomas Huang filmed ‘Stonemilker’ on a 360 camera on a beach in Iceland in November 2014. It comes from an imporovisation and a commentary on the medium of CD’s and thier shift within the new means to information and the way in which music is being absorbed by the people.

It is a re-release of the 2015 studio album Vulnicura as a VR experience. It is a collection of visuals that composed the Björk Digital exhibition.

Each song on the album is also accompanied by a new 360º animated score by Stephen Malinowski.

Björk  also shared Vulnicura Strings, a remake of the LP using only strings as accompaniment.

In Notget a sinister creature stalks the volcanic-black scene you find yourself in. Watching it pulse and jolt to the music is quite hypnotic, bringing darker undertones to the track itself. Family, meanwhile, is a searing centerpiece with arresting, often harrowing visuals and a spectacular lights display. You can’t help but wish the same production efforts had been prescribed to, say, Mouth Mantra, which is another 360 video this time filmed inside a mouth. It’s creepy but the film quality and distortion doesn’t measure up to what could have been a memorable true VR experience. 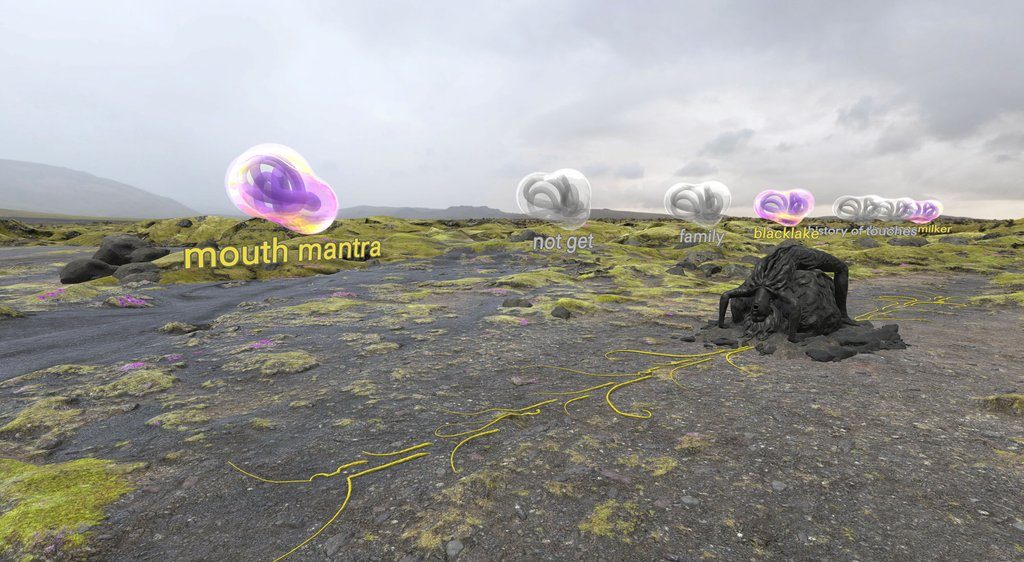