RZA, GZA, and Ghostface Killah are in space to get perspective while answering existential questions from real people. We have asked the Sam Spiegel, director of the series a few questions.

DÆDALUS: You explore a series of and ideas though ‘earth mail’…do these follow a theme?

Sam Spiegel: Before we filmed the series we made a teaser with Rza in which announce to the world that he was uploading his consciousness to a “supreme data system”, and that if earthlings wanted their questions answered, they should leave a voicemail on the number we provided.  We got thousands of voicemails. It was an amazing collection of queries. People asked about the meaning of life, what they should name their unborn child, where ideas come from, how they could spice up their relationship, if they should stay with their baby’s mother, how to find happiness. We had questions from the mundane to the profound to the deeply personal. Each episode was loosely based on a theme, and we chose the most interesting earth mail questions based on that episode’s theme. 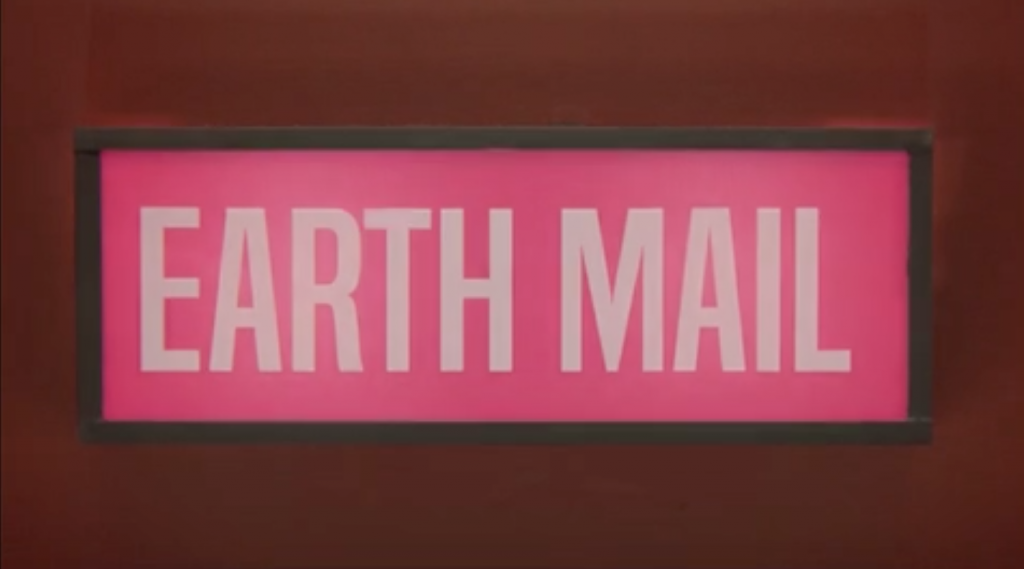 How would you describe your work?
S.P: In general i would say that I’m a multi-disciplinarian artist. I love working in music and moving picture the best, but i just love making stuff. Some of my greatest interests in the past have been space and hip hop, which is why i think this series was so fun for me.
D: Each one of the hosts that appear in the episodes bring in a different perspective how do they all link to one another?
S.P:I think the only link to the guests that appear on the show, is that we thought they’d all bring an interesting perspective, and that Ghost, Gza, and RZA 9000 would have fun interacting with them. Jolie is my friend’s kid, and whenever I hang with her, i always find her so funny, interesting, and entertaining. Pat Brown, CEO of Impossible Foods is a passionate person whom we knew would have unexpected incites on the topic of his episode, Mars. Star is a real life time traveler whom I had recently met outside of a vegan restaurant in LA. Melinda is a long time friend whom I thought would bring a different spiritual perspective to things.
D:How did your past inform your future in the creation of the series?
S.P:Growing up in New York, I was a huge Wu Tang Clan fan. I bought their first album the day it came out. I still am a huge fan. My cat’s name is Wutang.
For years, I had a music and art project called N.A.S.A. which was all space themed. In that project I worked with Ghostface, Rza, ODB, and Method Man. Over the years, I’ve become friends with Rza. I think that the head of Impossible’s creative team, Sasha Markova, reached out to me because she knew that I was a space fanatic. I was really into the idea of bringing Wu Tang Clan into the project from my history with them, so I think two great interests of mine, Wu Tang and Space, were able to collide on this project.
D: What are you working on right now?
S.P: Right now, I’m releasing songs about one every month. I’m enjoying finishing these songs and getting them out into the world, and I’m also directing some great music videos for some of them. The songs have a lot of great collaborations: people like Ceelo Green, Theophilus London, Freddie Gibbs, Busta Rhymes, Sia, and more. The latest song, “Perfect” was done with my friends from Brazil Tropkillaz and MC Pikachu, as well as LA queen bee rapper Bia.
I’m also developing an interactive music experience that we do with the song releases called “Sensorium.” I’ve created this with an experience designer named Olivia Hamilton, and the idea was to bring people together to experience music in a unique and non traditional way. Sensorium really pulls you out of your comfort zone, gets you to interact with people and strangers in a way that you never would otherwise, and I think in this era of everyone staring at their phones and texting each other from across the room rather that looking into each other’s eyes and speaking, this type of interaction is really needed. 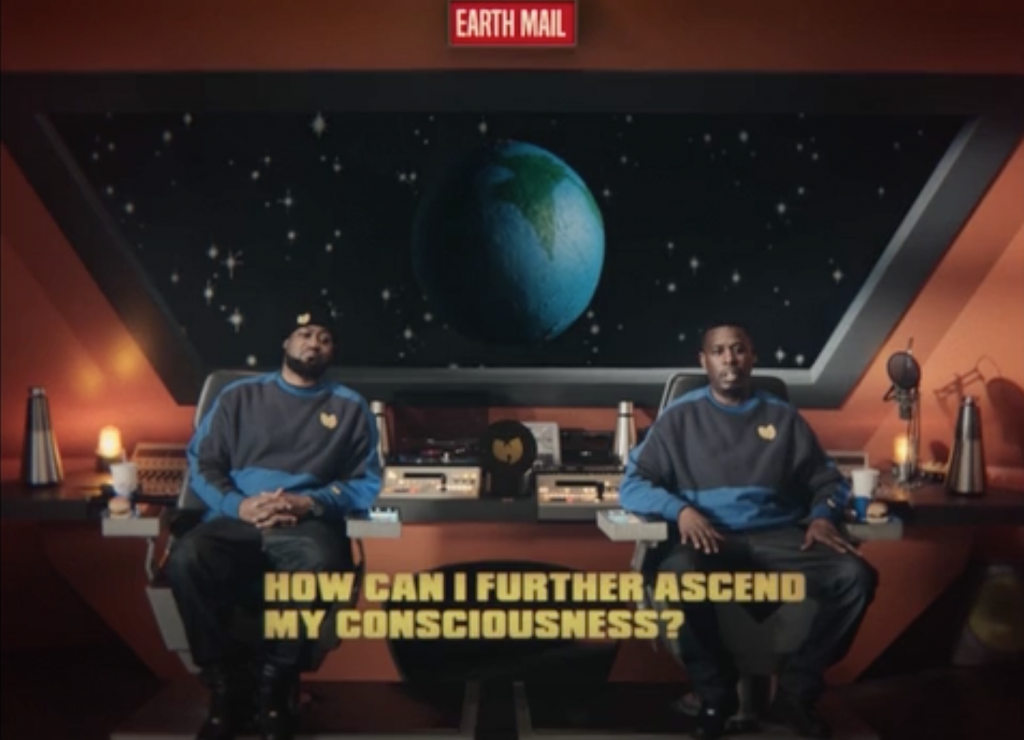 D: How would you describe your relationship to these two artists?
S.P: I’ve know Ghostface and Gza for awhile, and they’re great collaborators. Both are very intelligent. Gza comes from a very cerebral place, where as Ghost’s all heart. Rza has become a friend over the years. He’s a great artist in that he’s always up for playfulness and trying things. He’s such an inspiring person to me, as he created Wu-Tang Clan, but like me, he’s a multi-discipline artist as well, making stuff in music and film 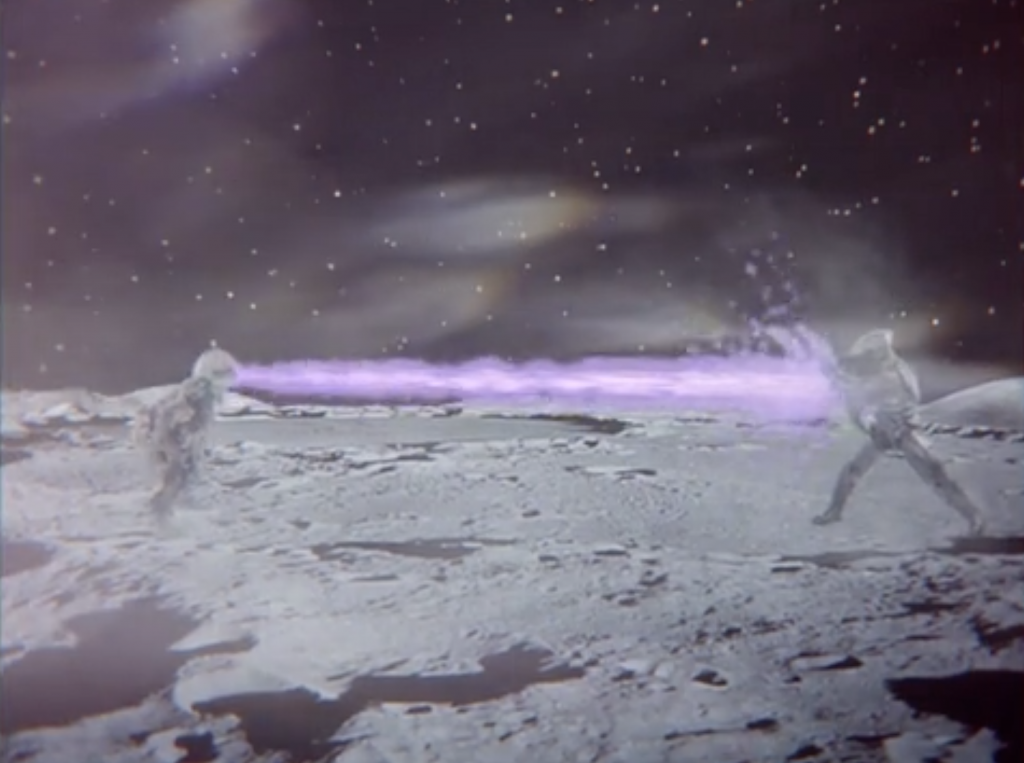 D: What made you want to bring rappers in space?
S.P: We brought Wu-Tang to space, not to distance ourself from earth, but to look back down at earth, hear peoples cries for companionship and understanding, and to reflect back the warm earthly love from the cold endless eons of space.
D: Life on mars?
S.P: I would love to go live on Mars for a while. I want to make a record there.
D:How many other episodes are you going to release?
S.P:We did four episodes in the initial season. There are some conversations going on about continuing the series. I hope that happens because i had so much fun making these. 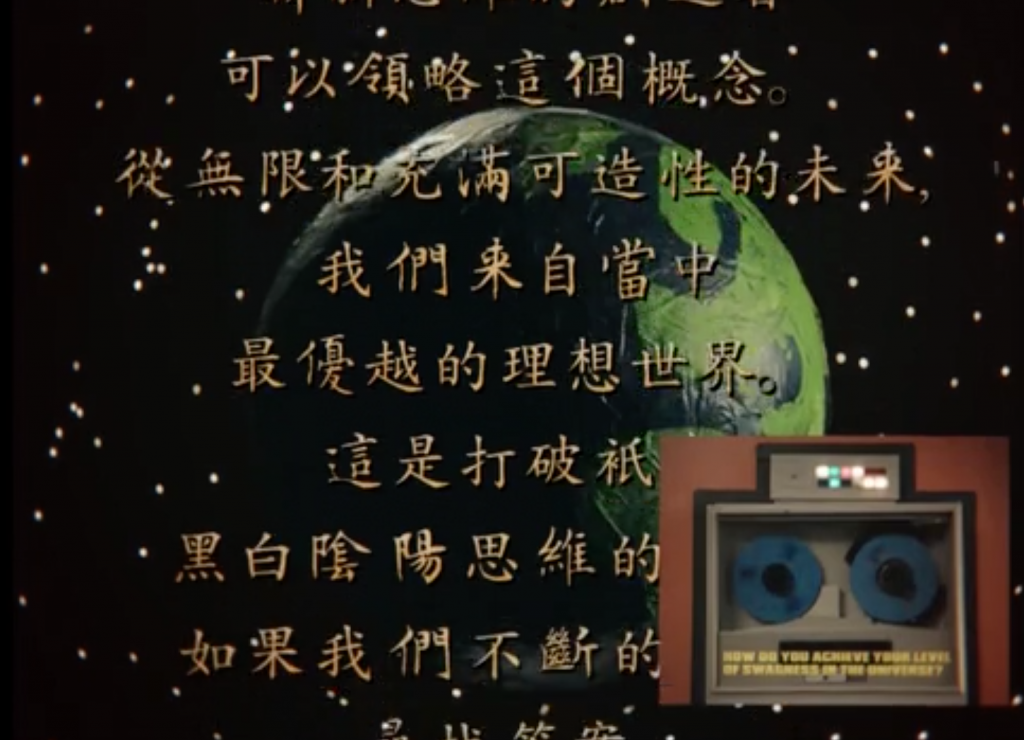 D:What are the most rewarding and the most challenging elements of creating this series?
S.P:I wanted to make sure that everything felt old school, so we executed almost everything as they would have shot it in the 60’s. Instead of using computer generated 3d effects, we used models and miniatures. We did the transportation beams for getting people on and off of the ship the exact same way that they did in the original Star Trek series, There were so many challenges to keeping the techniques old school like that, but i felt like it was a really fun way to do it, and I learned so much . A good example is the production car at the end of each episode that says “Impossible Sliders at White Castle Productions”. I thought it was a clever way to get some branding in the show, but I wanted to do it in a really weird and unique way. We spent an entire weekend experimenting in the parking lot  of the editing facility while we were editing getting this shot. Some friends and people on our team bought a bucket, drilled holes in the bottom of it, attached some paint stirring tools onto some drills which they put into the bottom of a bucket. We then dripped different colored paints into the bucket, creating a multicolored marbleized paint look. We cut out stencils of the letters which we spray painted, and also dripped yellow powder into. Some of the takes we congealed the letters with a heat gun. After all was set, we turned out the two drills from below. We shot this high speed, and then played it back in the edit reversed, giving the illusion that the letters were coming together backwards. 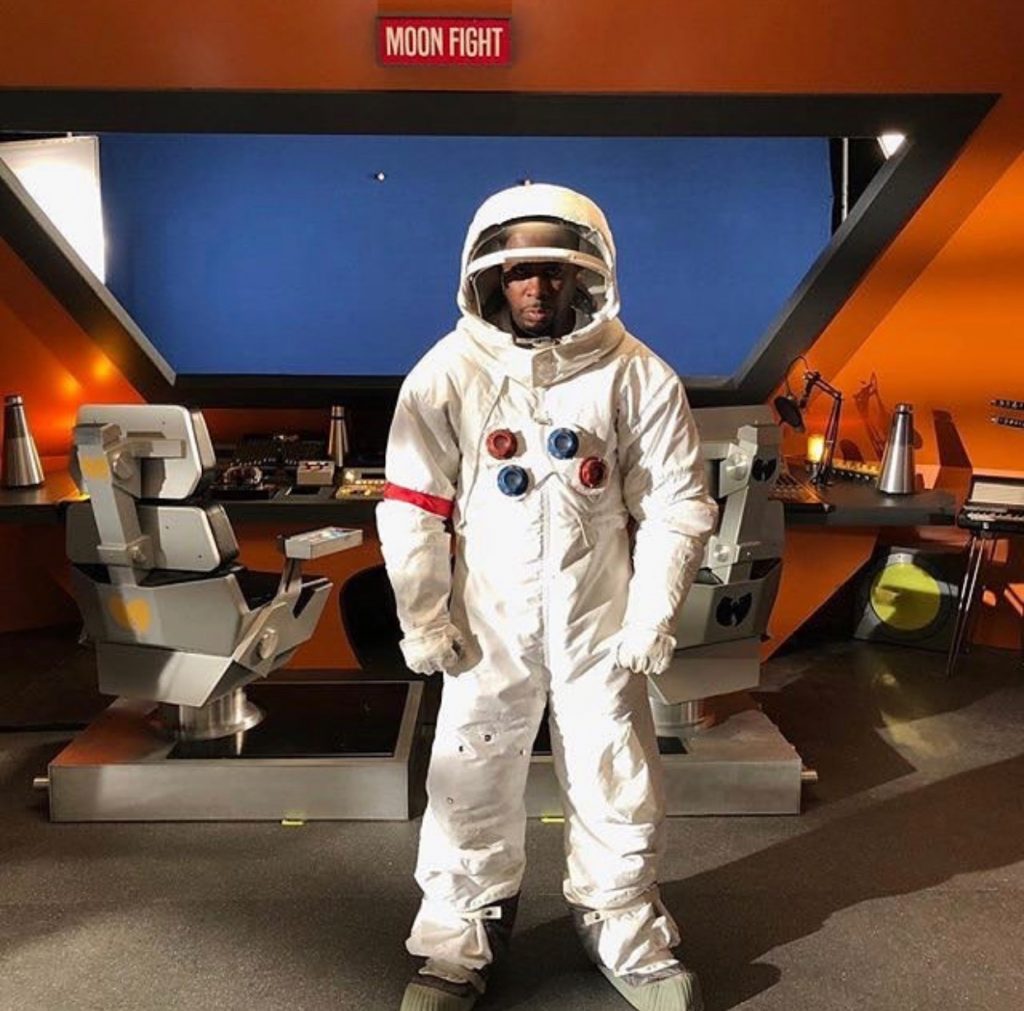